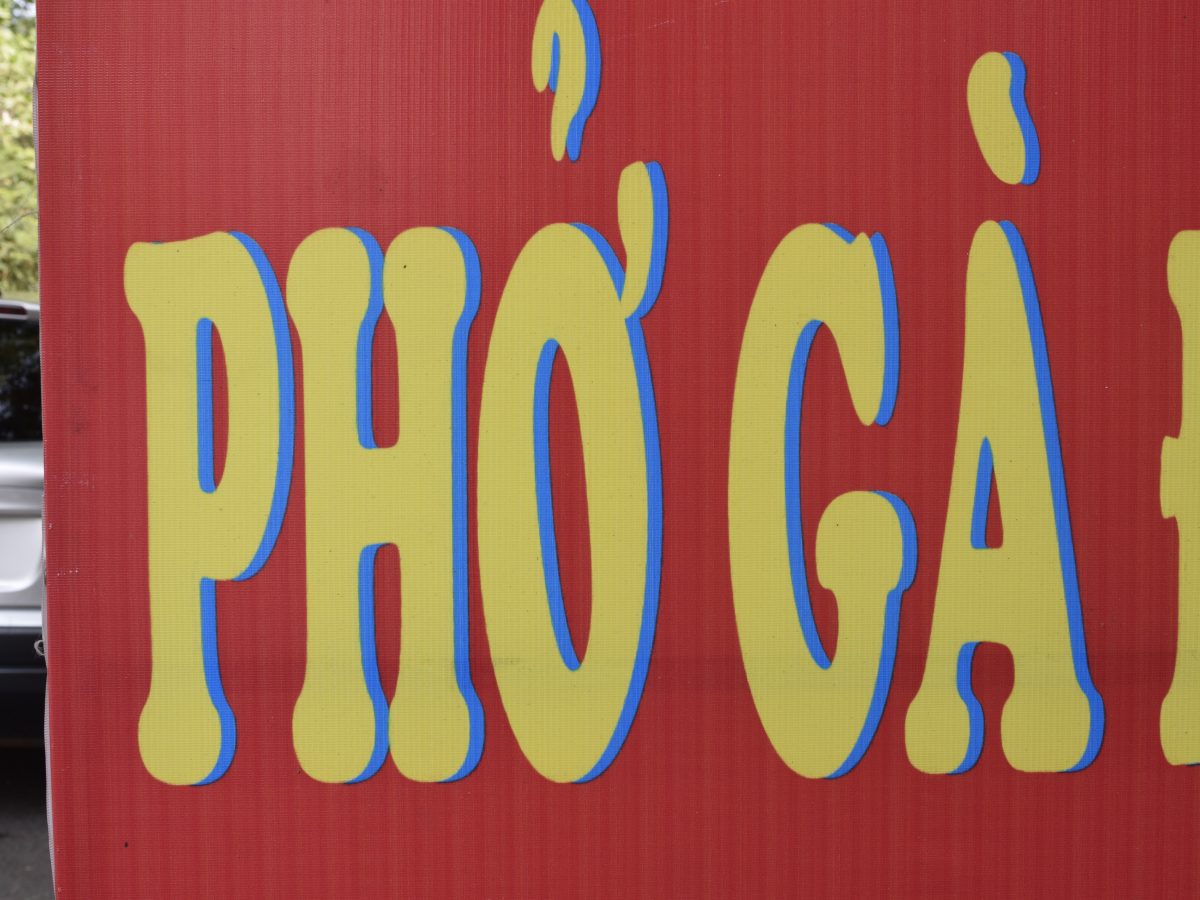 “Today ten hour I go.”  This sentence, uttered in Vietnamese, has been my proudest accomplishment so far in learning the language.  I may sound like a caveman, but it was the first time my maid asked me a question that I actually understood (“Hôm nay bạn có đi học không?” / “Are you going to school today?”) and I was able to respond in a way that she understood.  It was, after two months of studying, my first “conversation” in Vietnamese.

Despite the best efforts of my teachers, classmates, and the students who try to practice with me, I am definitely not the language learner I used to be.  Learning Spanish and Portuguese in my 20s was not easy either, but it was not impossible.  Vietnamese is another story.  Sure, if I devoted my entire time here to learning, for the next ten years, maybe I would be able to speak in complete sentences.  I am becoming more and more convinced that hard work really does pay off, but it really is true that as the brain ages languages become much more difficult to acquire.

Here is what I’m up against.

Six tones.  Most words are one syllable in Vietnamese, and each word has a tone.  Some seem simple, like the rising up tone, where you simply make your voice go up as you say the word.  Others are mind-boggling, like the tone that is symbolized like a question mark – raise your voice, then quickly lower it, all in one syllable.  Or the tone that is like this:  ~ up, down, up!  Say the wrong tone and you will be saying a completely different word, sometimes an inappropriate one.

So many symbols.  Vietnamese uses the Latin alphabet (although there used to be characters based on Chinese writing), but there are so many symbols above and below each word that I’m still just trying to decode it.  Most vowels have symbols above them or attached to them, to indicate the correct vowel sound.  Some of the sounds do not exist in English.  Besides the vowel symbols, there are the symbols for each tone.

Pronouns and politeness.  There are so many ways to say pronouns like “I” and “you” that I can’t count them all.  It all depends on how well you know the person, their gender, and their age in relation to you.  One website I found is titled, “Learn how to say hi in Vietnamese in 10 easy steps.”  You need to know all the steps, because the words change with each person you meet!

Nothing to connect to.  When I learned Spanish and Portuguese, I could at least see some words that looked familiar to their English counterparts.  In Vietnamese, there is absolutely nothing – the words look and sound unlike anything I’ve ever encountered.  Well, there is one word for a certain beverage I see advertised everywhere that I do recognize:  “bia.”  It was borrowed from the French.

Multiple meanings.  I try to decipher my homework by using Google Translate.  It can help, but words have so many different meanings that it often gets it wrong.  Words change meaning depending on what word comes before and after; since nearly everything is one syllable, several words can be used to refer to a single thing.

There is some good news.  There are no verb tenses in Vietnamese.  There are many, many words to indicate when something happens, but the verbs stay the same.

I would say that not speaking the language is the most difficult part of being here.  It can be very frustrating, but it’s also hard because I know I am missing out on so much by not understanding.  I’ll keep trying to learn and maybe will be able to say a few more phrases before I leave.  Still, my struggles with the language help me appreciate even more that my students are not just speaking English, but writing poems in English.

So now when people ask me how my Vietnamese is going, I remind them that I’m really just learning “about” Vietnamese, not actually learning it.  If I lower everyone’s expectations, maybe they’ll be impressed when I say things like, “Today, ten hour I go.”

END_OF_DOCUMENT_TOKEN_TO_BE_REPLACED

The tenth graders were working even better than expected while revising their poems this afternoon.  The classroom had that magical…

#143039080 / gettyimages.comThe first prompt to the 30-day Blogging Challenge for Teachers asks me to identify my goals for the…