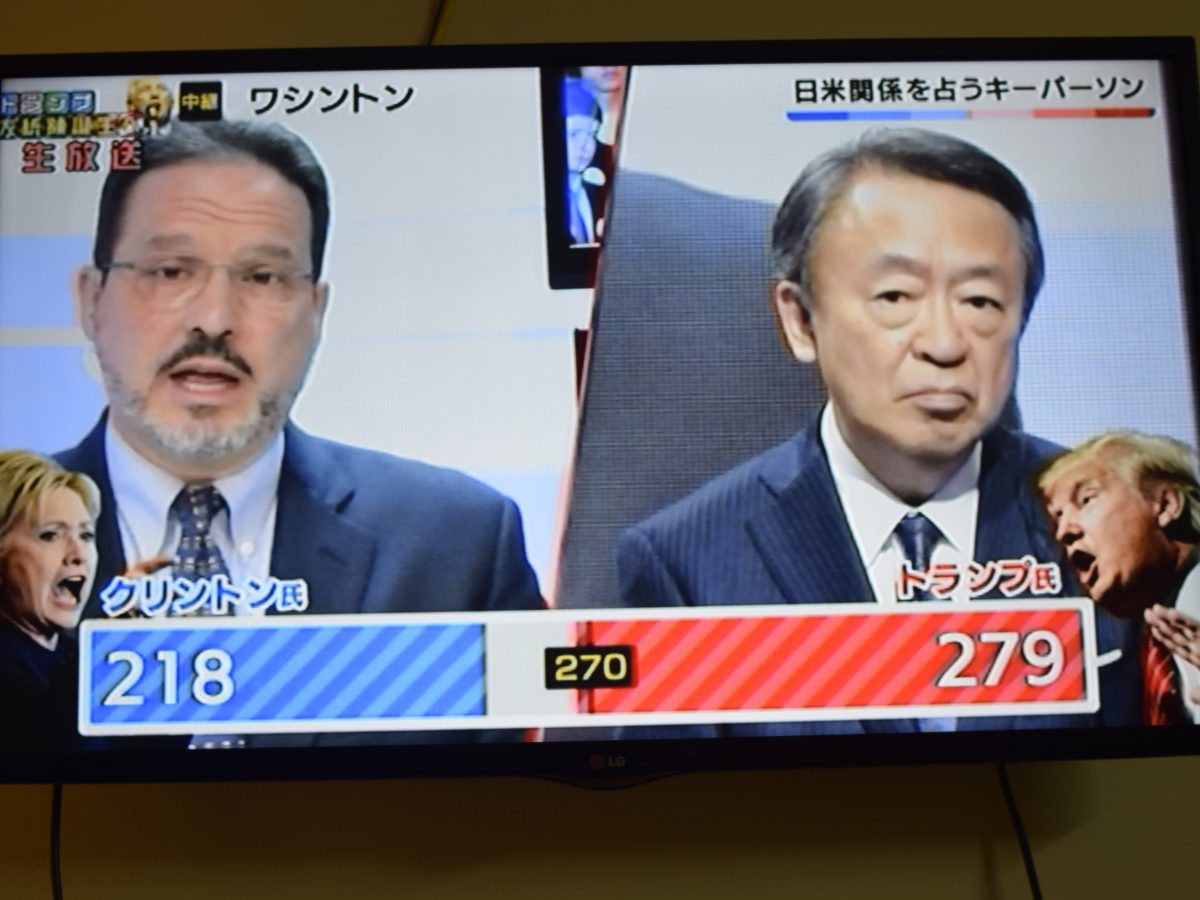 The tenth graders were working even better than expected while revising their poems this afternoon.  The classroom had that magical hum of focused students working intently on the task at hand.  I had expected this to be a challenging lesson – getting kids to use their notes to “make their poems better.”  It seems that many of the classes do not have much experience working independently to revise and edit, so I was pleased that it was going so well with this tenth grade class.  The university student volunteers and I wandered around the room reading poems and offering feedback.

Suddenly, all of the students began talking excitedly at once in Vietnamese.  Everyone was off task.  A few were glancing at me with curious expressions.  I was quickly informed that one of the students had just announced that Donald Trump had won the US presidential election.  It was 2:30 in the afternoon here, the middle of the night back home.

One boy said, “Isn’t it obvious?” in response to my question about why the election mattered to them.  It’s hard for these students to understand that, in America, many people don’t realize just how closely the rest of the world was watching this election.

Other students said they were worried about the possibility of studying in the US disappearing with Trump in the White House.  They have heard the president-elect’s statements about Mexicans and Muslims, and wonder if Trump will find a reason to deny their entry to the US, taking away an opportunity to build a better life for themselves and their families.

Some commented on how important the United States is to the  world economy.  They understand that when a country as rich and powerful as the US makes a big change, the ripple effects will lead all the way to Vietnam.

One girl stood up and gave an impassioned speech, in English, describing Trump with words like racist, xenophobic and misogynist.  All forty-five students broke out in applause when she was finished.  These students, who live under a one-party system with predetermined elections, do not understand why America chose Trump.

Tomorrow morning I head to Malaysia for a workshop and some travel.  I have a feeling, however, that wherever I go I will be answering questions about what is happening in the US.  The whole world wants to know.

END_OF_DOCUMENT_TOKEN_TO_BE_REPLACED

Recently, I wandered into a barbershop hoping to get a better cut than the first one I had here.  Even…

I have spent the last few weeks discussing IAGDs, writing SLOs and communicating with administrators through Bloomboard, the professional growth…