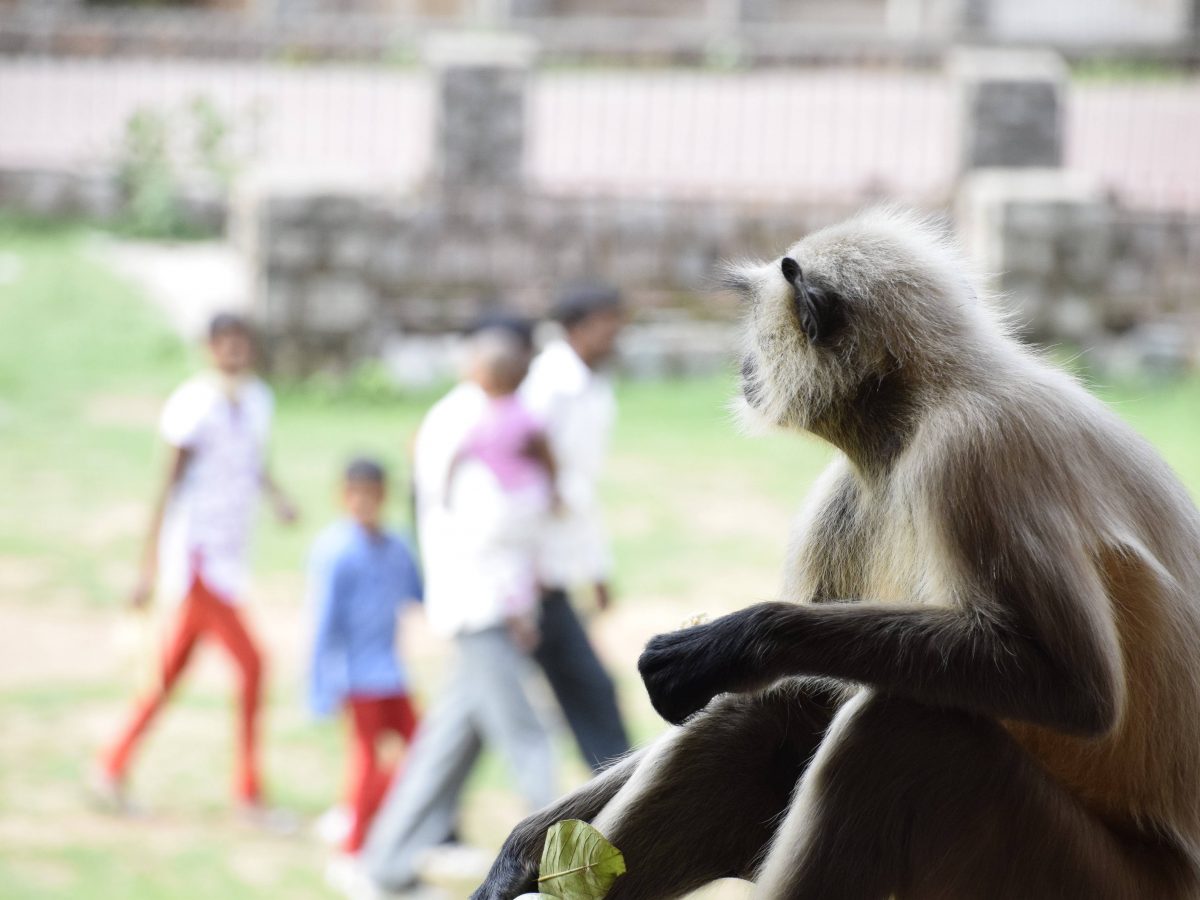 Sauna.  That’s the best way I can think of to describe the weather so far on this trip.  The temperature may only be in the 90s, but it might as well be 120 degrees.  I expected this, I knew it was coming, but it’s another thing to experience it day after day.  I have gotten used to some of it – the sweat-drenched clothes, the layer of dust sticking to my skin, almost never needing the bathroom, and even wearing long pants.

Why do I feel like I’m the only one sweating?

The locals are my inspiration.  I’ve seen just a couple of men in shorts and not many wearing short sleeves.  Some, like the Sikhs, wear a heavy turban on their head.  They do not seem bothered by the heat.  I’ve noticed that our driver and his assistant sit in the front of the bus with the windows open, while the rest of us are in the enclosed air-conditioned rear.

Even the animals don’t seem bothered by the heat

And maybe that’s what makes it bearable for me.  I know there is an air-conditioned bus or restaurant nearby, a cool shower and a comfortable bed at the end of the day.  No matter how unbearable it gets, there is relief.  Even a brief stop in the shade helps a lot.  In museums, we’ve all learned to gather under the ceiling fans (which are always on high) while listening to our guide.

Always searching for shade in the busy streets

May and June are actually the hottest months of the year where we are traveling, when the temperatures do regularly reach over 100 degress.  Because of that, the tourist season runs from October to March.  We are traveling in the low season.
The monsoon rains are coming to an end in Delhi, though the rainy season varies from region to region within India. We have had occasional heavy rains that usually do not last more than a few hours.  There have been several days with no rain, though a shower would have been very welcome.

END_OF_DOCUMENT_TOKEN_TO_BE_REPLACED

We traveled from Agra (home of the Taj Mahal) to the village of Orchha by train.  Indian Railways, I learned,…

The Pink City and The Amber Fort

Jaipur, the capital of Rajasthan state,  was our second city on the tour.  Here's a quick introduction to the Pink…

The Role of SAMR in Designing Technology-Embedded Lessons

This week in my Teaching, Learning and Assessing in the Digital Era class, I have played the role of a…