The Pink City and The Amber Fort 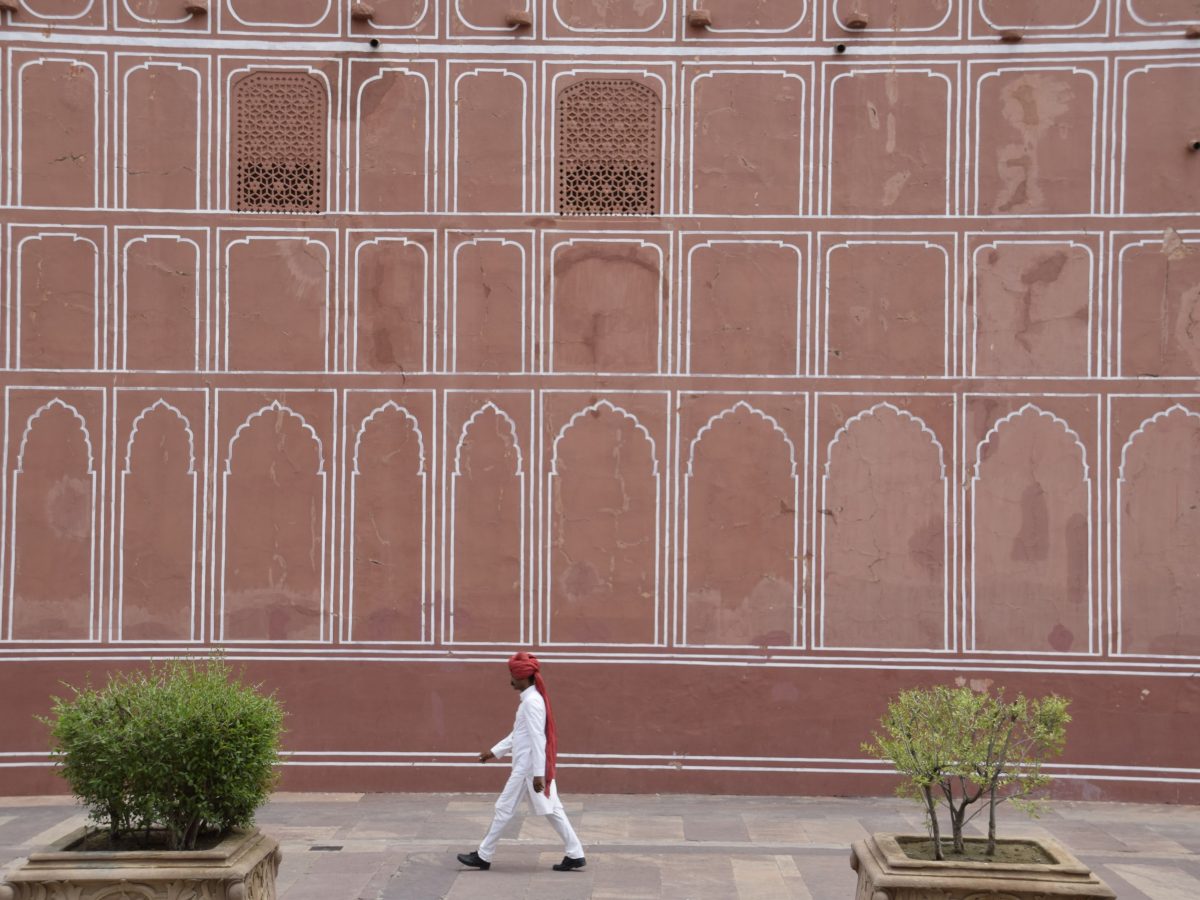 Jaipur, the capital of Rajasthan state,  was our second city on the tour.  Here’s a quick introduction to the Pink City.
With each stop on our journey, I’m feeling like I’m getting deeper and deeper into India.  While the heat, traffic, honking, potholes, requests for photos and friendly service haven’t changed from Delhi to Jaipur, the sites certainly have. There are more cows in the streets, along with camels, goats, pigs and an occasional elephant.  The buildings in the walled section of Jaipur were all painted pink in 1876 to welcome Prince Edward of Wales.  They have remained pink ever since.
I learned today that India was once made up of hundreds of small kingdoms that only became united after independence from the British in 1947.  That could explain why the culture, including languages and food, varies so greatly from state to state.  In Jaipur, we visited the elaborate royal family museum, the Amber Fort, the Wind Palace and wandered around the nine-block square walled Pink City.
The Amber Fort used to be the administrative center and royal palace of Jaipur.  It dates back to the 16th century and sits high on a ridge overlooking the modern city.  Elephant rides to the fort are a popular tourist attraction.  Inside, there are large courtyards surrounded by buildings with many ornate arches, domes and columns.  Around each corner is another spectacular view of the surrounding countryside.
[metaslider id=430]
Later that evening, we enjoyed a Bollywood film.  Indian movies are known for their elaborate dance routines and three or more hour length.  Even though the film was in Hindi, we were there to enjoy the experience as much as anything.  Upon entering the theater, the lobby was packed with locals of every age in large groups of family or friends, all dressed for an evening out.  Popcorn and candy are available, and many people were snapping photos and selfies in the lobby.  During the movie, the crowd may continue conversations, talk on cell phones, snap photos and react to what is happening on the screen with loud cheers.  The sounds, colors and energy inside the theater match what we saw walking around streets.

END_OF_DOCUMENT_TOKEN_TO_BE_REPLACED

The Business of Shopping

I’ve experienced shopping on four different continents, but nothing is quite like the experience of shopping in India.  Bargaining is…

“Five days is four too many,” I was told after I had booked my trip to the mountain town of…