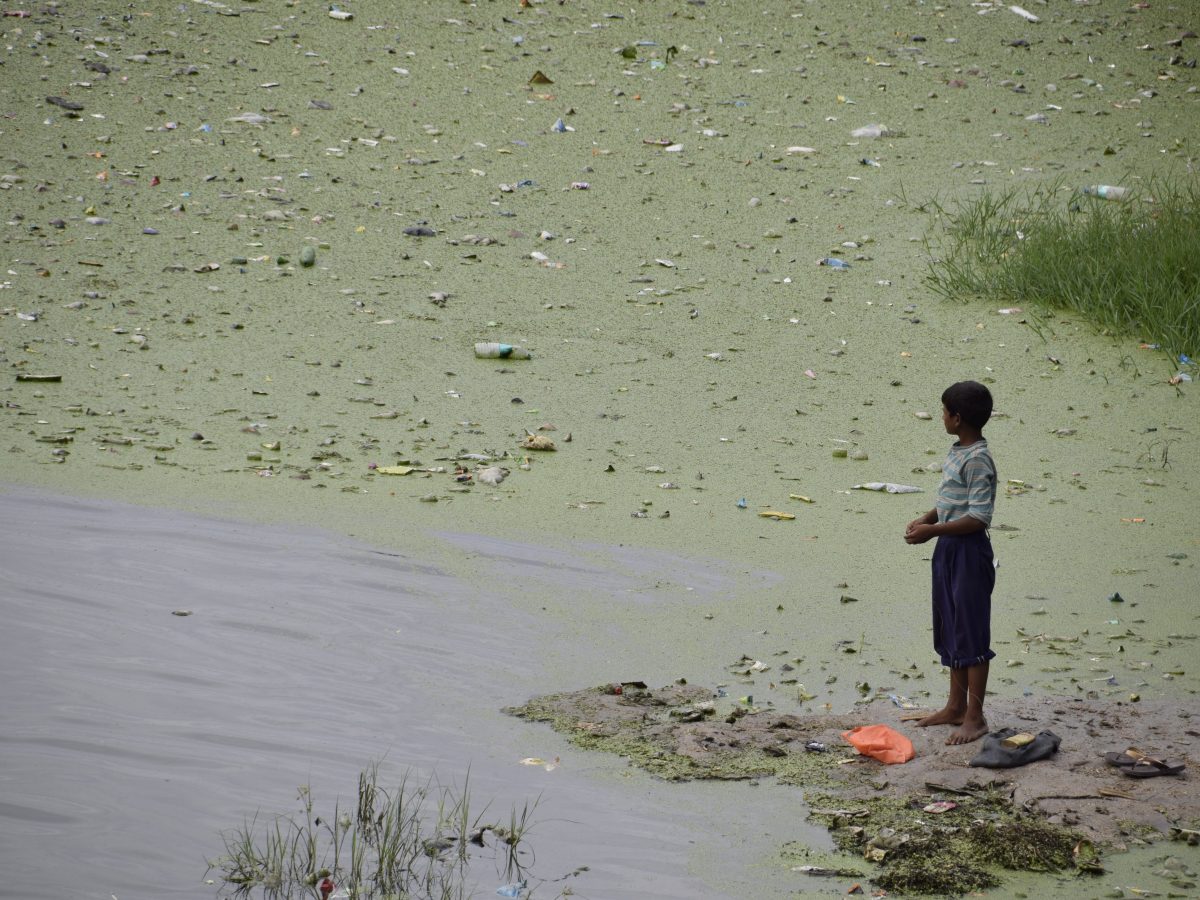 In my class, we read the story of Iqbal Masih, a child carpet worker in Pakistan who escaped and became a leader in the fight to free children from bonded labor.  He was murdered at the age of twelve, most likely by those who didn’t like the fact that he was gaining international attention and even spoke in Europe and the U.S. about child labor in Pakistan.  Iqbal’s message was that we are all responsible when conditions like this exist.  It is easy to forget that when shopping in the United States, but not so easy when traveling in South Asia.
Throughout this trip, I’ve noticed a lot of children working.  It seems that every contstruction site around Kathmandu has one or more boys hauling bricks all day long.  The Little Blossoms School had two boys working in the kitchen.  Every bus in Kathmandu has a boy shouting out the destinations and collecting the fares, just like in Bolivia.  Most of these jobs last six days a week from sunrise to sunset.  For every boy I saw, I am sure there were many girls working in homes instead of going to school.

On an extensive tour of a textile complex in Varanassi, India, I saw several boys working.  I asked one of them if he went to school, and he said no, but I can’t be sure he understood my English.  After the tour, we were offered very beautiful silk, wool and cotton textiles ranging in price from a few dollars to a few hundred dollars (credit cards accepted).  I tried to find out about the situation with the child workers, but did not get any information.  I wish I’d had the courage to take more pictures and ask more questions.

Many hundreds of dollars in purchases were made that day, by teachers.  I’m not pointing fingers or placing blame on anyone except myself.  I bought a gift there also.
Are they working with their families and learning an important skill?  Where would they be if they weren’t working?  Who am I to tell these people how to raise their children?  These are the questions that enter my mind, perhaps to alleviate my guilt at witnessing their plight and not really saying or doing anything about it.  The bottom line is, I believe, all children deserve an education; in fact, this is one of the rights listed in the United Nations’ Convention on the Rights of the Child.  It doesn’t have to be a traditional school, but they need to know more than a specific skill.  They deserve to learn how to read at the very least.  Reading unlocks a world of opportunities that would not otherwise be available.

I read an interesting article today about how easy it is to look at the massive numbers of poor people around the world (in this case it was India) and assume that most are uneducated and this is just the way their lives will be.  If anything, it reminds me not to generalize or make excuses when something doesn’t feel right.  Each person’s situation is unique, but everyone’s dream for their children is ultimately the same.
I do not have solutions to present here.  It is a complex problem with no one-size-fits-all answer.  I’m just writing an honest reflection and hoping to raise awareness of an issue that is all around us but often ignored.

END_OF_DOCUMENT_TOKEN_TO_BE_REPLACED

I finally did get out of the city on Monday, my last full day in Nepal.  The manager of the…