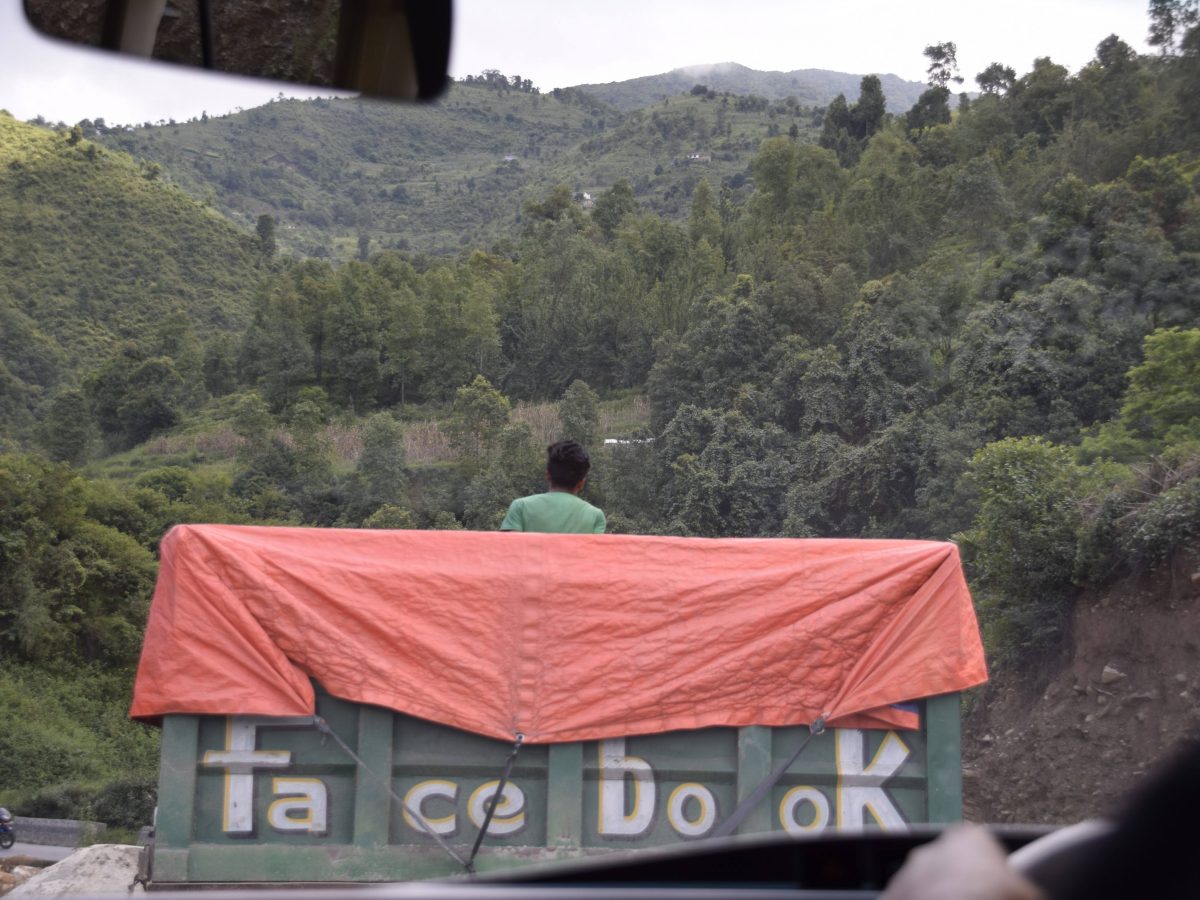 “This is nothing.  At least there’s space for two vehicles,” I told my fellow passengers as they gasped each time our bus faced an oncoming truck on the winding road from Chitwan to Pokhara.  Having traveled on the “Highway of Death” several times when I lived in Bolivia in the 1990s, this road really didn’t seem that scary to me.
It turns out I spoke too soon.  As the traffic grew heavier and the close encounters became more frequent, even I was trying to erase the thoughts of our bus tumbling over the cliff from my mind.  What made it more harrowing was that inbetween the buses, trucks and cars were pedestrians, bicycles and motorbikes.  When Manu yelled, “Look at these people on the left,” none of us understood what was so special about them until a few moments later when we realized he was protecting us from seeing the scene to the right.  Sadly, a young man lay dying in the road with his motorcycle next to him; he had apparently been hit by a truck.
[metaslider id=952]
Later that night, one of our group members found out that this road is featured on the show “The World’s Most Dangerous Roads.”  Today (August 3), we head back to that road to complete the last leg of the tour from Pokhara to Kathmandu.  We have faith in our G Adventures driver and his assistant.  They know the road well and do not take risks.  We’re just hoping for no landslides or bridge collapses.  As a matter of fact, as I write this from my front seat (strangely, it was the only one left since I was the last one on the bus this morning), my fellow travelers are all sleeping in the seats behind me, a sure sign of their trust in our driver (or maybe they took something to help them get through the journey).

END_OF_DOCUMENT_TOKEN_TO_BE_REPLACED

I will try to sum up my first few days in Kathmandu with three short slide shows.  The first one shows…

Pokhara is a small city with gorgeous views of the Annapurna Range of the Himalayas.  At 900 meters, it serves…

I will try to sum up my first few days in Kathmandu with three short slide shows.  The first one shows…