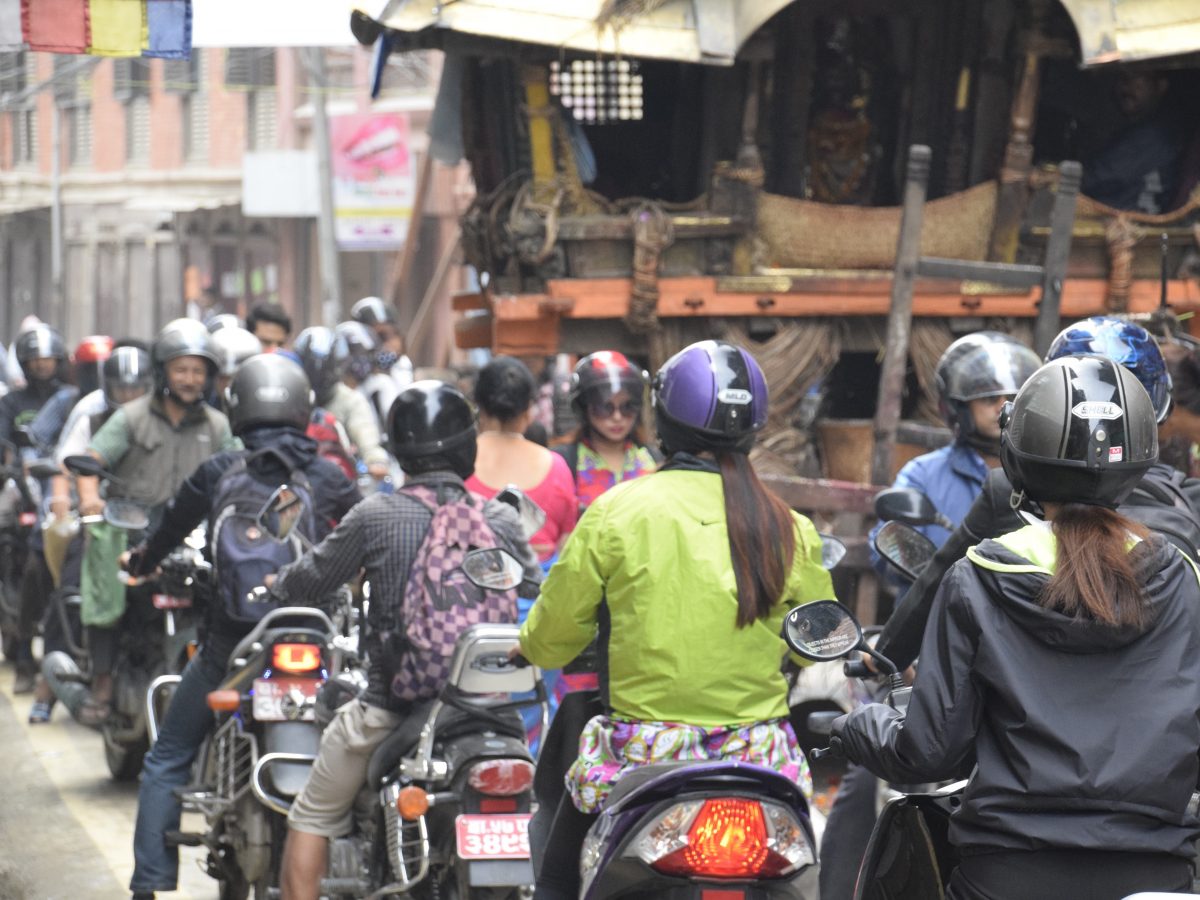 I will try to sum up my first few days in Kathmandu with three short slide shows.  The first one shows the busy tourist section of town, Thamel.


We were treated to a demonstration of how to make (and eat) momos, a traditional Nepalese dumpling that can be served with meat and/or vegetables and either steamed or fried.  This was part of our visit to the Sisterhood of Survivors project, an organization that trains survivors of human trafficking as paralegals so that they can help themselves and others who are caught in the web of human trafficking.  According to their website, as many as 200,000 Nepalese women and girls are currently being forced to work in brothels in India.

END_OF_DOCUMENT_TOKEN_TO_BE_REPLACED

I booked a nice room through Air BnB in the nearby city of Patan, one of the three royal cities…

“This is nothing.  At least there’s space for two vehicles,” I told my fellow passengers as they gasped each time…