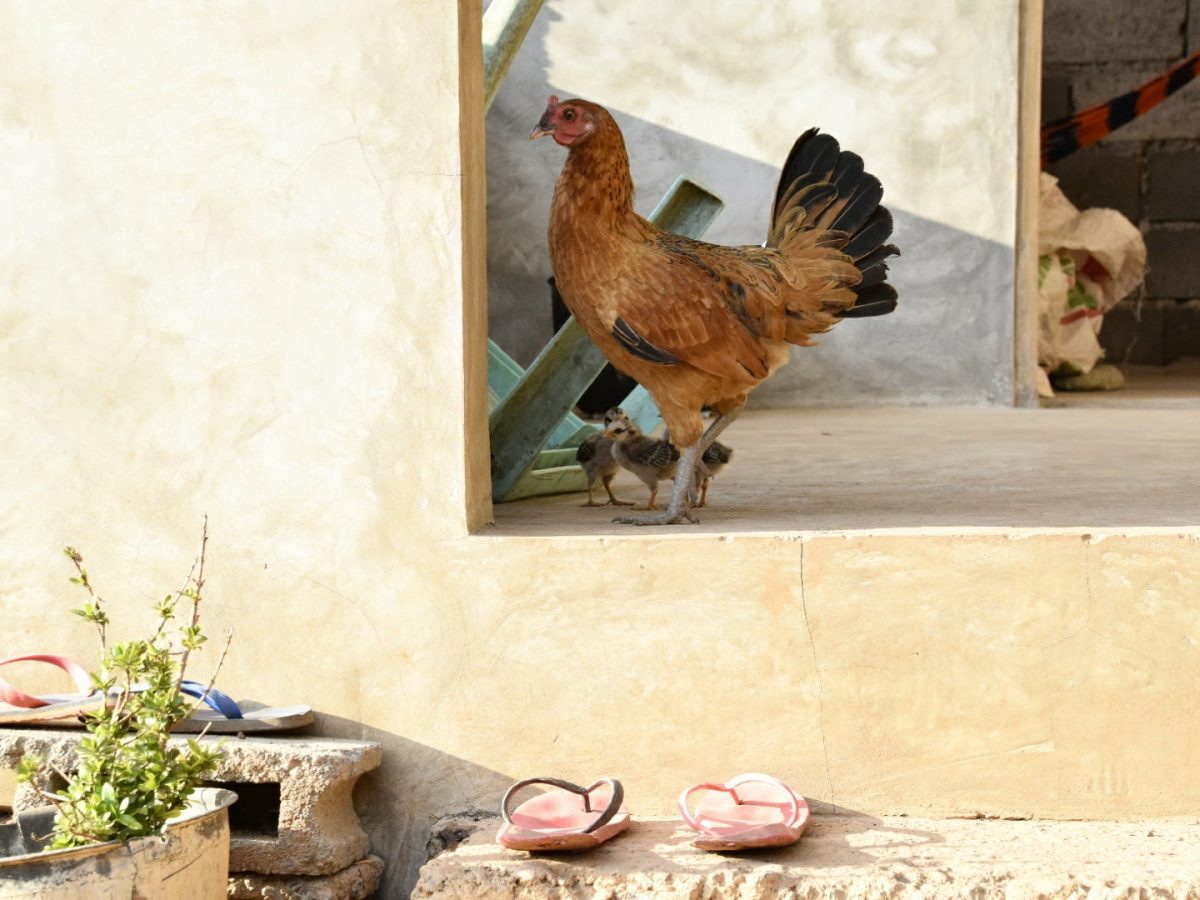 I have been thinking about the village of Supo ever since I left there over a week ago.  I cannot possibly put everything I experienced into words.
Village life is hard.  The people are very poor, work all day in the fields, do not enjoy any luxuries and endure a lot of hardships.  Why, then, do I hear more complaints from wealthier people about their lives than from these villagers who are living in poverty by Western standards?   I don’t know the answer, but I do have a few observations about village life that I think can give some clues.

In the village . . .
You are never alone.  No one sits in a room by themselves to watch TV, eat a meal or even take a nap.  Someone is always around you.  There is a different standard for privacy in the village.  Even in the shower/toilet, there is just a thin curtain separating you from the outside world and all the villagers walking by.  Maybe Westerners spend too much time alone, either physically alone or by ignoring others in favor of being on a device.  I have learned to get used to having strangers fall asleep on me on the jeepney or bus, sharing a “bathroom” with dozens of other people and being asked personal questions all the time.  It’s not such a big deal after all.

Families live and work together.  Everyone contributes, from children to great-grandparents.  Families prepare meals and eat together, work in the fields together and spend their days off together.  How many times have I heard people in the US complain about just spending a holiday with their family?

The community also works together.  When it’s time to plant or harvest rice, families join together to help each other.  You do not just work in your own field, you work in your neighbors’ fields and know that when you need it, they will help you.  No money exchanges hands.  People just help each other for the good of the community.  On my last morning there, someone was going around and collecting rice from every family in the village to help the family of a man who had passed away in a neighboring village.  Everyone contributes.

You can solve anything with what you have around you.  There are no Home Depots or Amazon delivery in the village.  Every day, I saw people use something nearby to solve a problem – a plant to stop a scratch from bleeding, a plastic bottle for planting seedlings, rocks to hold the jeepney in place on a steep hill, a piece of wire as a clothesline, a homemade slingshot for catching fish, branches for making a scaffold, bamboo to make a cup for drinking or all kinds of furniture, and many other wild plants for eating and/or quenching your thirst while hiking or working in the sun.  In the US, we run to the nearest store to buy manufactured goods for all of these things.  In the village, people think outside the box and don’t waste time or money buying things they don’t need.  Almost nothing is wasted.

Live simply and be happier.  The homes I entered in the village had almost no furniture.  People sit on the floor, on a stairway, or outside on a bamboo “bed” that also serves as a place to take naps.  There are no beds inside.  After sleeping on the floor for three days, I began to wonder why we need beds.  In my town alone, there are several mattress stores!  Why are we so obsessed with mattresses when most people in the world do just fine without them?

I also noticed (throughout the Philippines and Southeast Asia) that flip flops are the standard footwear.  Almost everyone wears them all day long, no matter what they are doing.  None of them are fancy or are worth more than a few dollars at the most.  It’s simple and easy.  My sandals with velcro straps seem extravagant and take a lot longer to put on and take off.  Also, clothing can be worn several times before it really needs to be washed, and you don’t need that many clothes.  Having less stuff really does simplify things.

There are fewer distractions.  There was a TV in the grandparents’ house, but it was only turned on for an hour or two at night for the kids to watch Animal Planet.  Wi-fi and cell service are intermittent, so people are not on their devices all the time.  News arrives by word of mouth and no one is addicted to watching cable news channels.  The only kid playing video games was McTery when he borrowed my phone.  People in the village live with and for those around them, not in a virtual world.  For entertainment, people join together for community events, or just sit outside and talk the night away.

Kids will play with whatever is around.

A favorite way to pass the time

But it’s not all perfect.  The people in the village do want more money and more options in their lives.  They need better access to schools and health care.  Clean water and decent roads would be nice as well.  I am not trying to romanticize the notion of being poor and living in the village.  After all, I have the means and privilege to travel the world at will, something most of the villagers I met will never be able to do.  In fact, many have never even been on a boat despite living in a country of over 7,000 islands.  Yet I think there is a lot that wealthier people can learn from how villagers approach their lives.  I am grateful for having had this experience and hope to take these lessons with me.

END_OF_DOCUMENT_TOKEN_TO_BE_REPLACED

It doesn’t seem right to condense a year-long experience into an hour-long presentation, but that’s what I did. I spoke

I’ve been in Cambodia for over a week now and have started volunteering at an English program in Kratie, a…