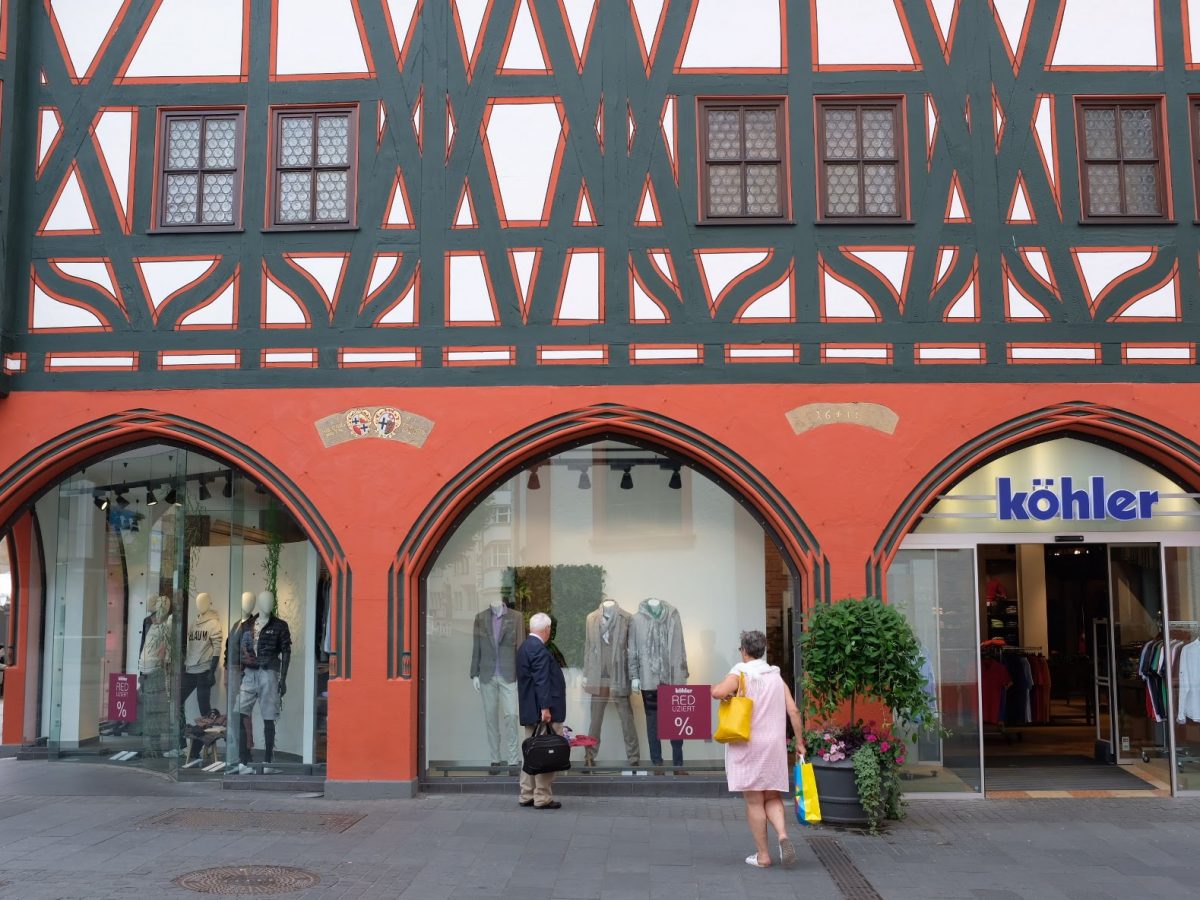 It simply means living room. This is the name of a project in Fulda, a city in central Germany. We visited Wohmzimmer during our TOP Tour last week to learn about their work.

During the recent refugee crisis, Fulda alone took in over 1100 refugees in the first ten months of 2015. More than a million migrants entered Germany that year as a result of Angela Merkel’s decision to allow them in. The debate over whether this decision was the right one continues, even though today there is an average of just five refugees a day entering Germany.

Being at Wohnzimmer, we had a chance to hear from people whose lives have been changed as a result of the refugee crisis. It was a chance to go beyond the politics and headlines and learn about a community of people who have come together against incredible odds.

Jochen Schiersch, a young German man, became involved in helping refugees when an Iranian refugee in Germany killed himself in 2012. He had been living in a detention center waiting for asylum, hoping to join his sister who lived in Germany. His suicide attracted attention to the treatment of refugees in Germany. They were typically housed in large detention centers and were unable to move about freely, limiting their contact to Germans and access to support networks. As Jochen became aware of this problem, he decided to do something about it.

Together with a few others, he created a meeting place called Welcome In! for locals and refugees. They knew that it was in everyone’s best interests for refugees and local people to get to know each other.

Wohnzimmer is one of many projects run by Welcome In. As the organization expanded, a retail space was remodeled as a welcoming space with couches, a kitchen, meeting area, and space for children to play. People began gathering and cooking food from their homelands. Groups began meeting for sports activities every week. Mothers came by with their young children to support each other. Visitors can take German classes, sign up to mentor a refugee, get legal advice, and more. Germans and migrants listen to each other’s stories and learn from each other.

Welcome In has been recognized by Angela Merkel as one of the best programs for immigrants in the country. As Jochen spoke to us about why he started this project, his passion was almost palpable. We were all moved by this young man who saw a need in front of him and did something about it. It started out small but has grown into something huge that has enriched his life and the lives of many new immigrants to Germany.

“I’ll just tell you my story.” This is how Nasser began his talk at Wohnzimmer. He took our group on his journey from his beloved hometown of Aleppo, Syria, to where he lives now in Fulda, Germany. Nasser spoke in a quiet and calm voice about his experiences, which have been everything but quiet and calm. We were all captivated by his words.

Nasser is a computer engineer who left Syria as Aleppo was being destroyed by bombs. He spent $2000 to travel from Germany to Turkey and eventually Greece. From Greece, he made six attempts to fly to Germany but never succeeded. He finally made it on the seventh try.

Nasser shared the frustrations he has encountered over the years since arriving in Germany. His application for asylum has been rejected twice, and his family was not able to join him as a result. He was initially given a year to find a job or be deported back to Syria. He ended up finding temporary work as a baker. Eventually, he did get his wife, son, and daughter to Germany, but not without great expense and effort.

“I did not plan to come here. I don’t want to stay here.”

Nasser stressed this again and again throughout his talk. He had a good life in Syria in a beautiful ancient city. He hopes his family can return to Aleppo someday, but he admits that his children are now used to Germany and consider it their home. He explained that Syria used to be the third largest host country for refugees; now it is the number one country for producing refugees.

Nasser has appreciated the help he has received in Germany, but he has been frustrated by the mixed messages from the authorities. He currently has legal status in Germany for just two more years unless he can get his asylum decision overturned.

“Why make me learn German if after two years they will send me back? This is against integration.” (Nasser)

“Nothing is worse for integration than insecurity about your future.” (Jochen)

It was impossible to listen to Nasser and Jochen without wondering how recent immigrants are adapting to life in my state. Is there a “Living Room” for them? What will I do to help?

END_OF_DOCUMENT_TOKEN_TO_BE_REPLACED

Last year I had my students create digital stories using GoAnimate, a site for making animated movies.  I have recently…