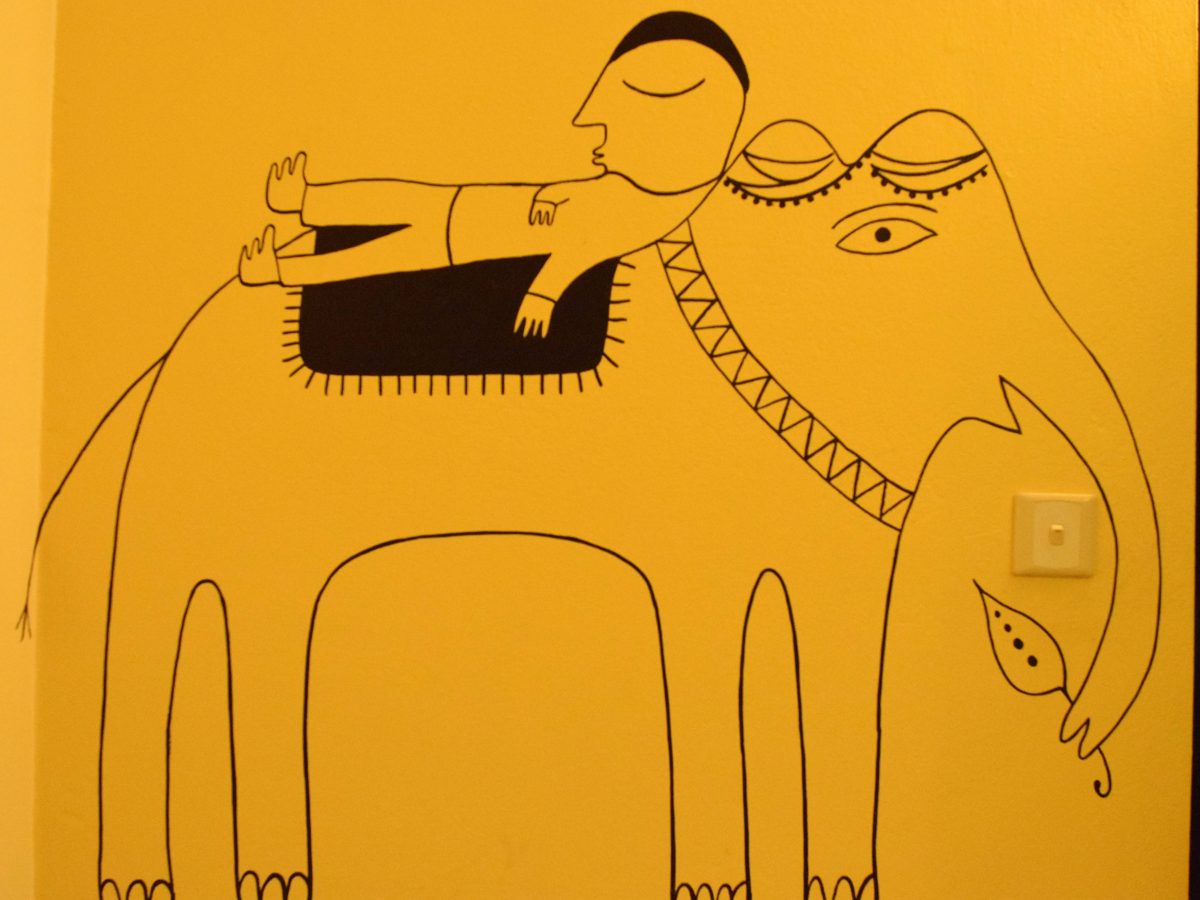 We were all sad to leave our comfortable hotel in Butwal, the first stop in Nepal after a 13-hour journey.  When we boarded our bus early the next morning we thought we were headed for a camping experience in Chitwan National Park, famous for rhinos, tigers, deer, and hundreds of species of birds and reptiles.  None of us complained when, after a longer trip than expected, Manu told us that we were upgraded to the Sapana Lodge.

From the moment we entered the grounds of the lodge, all of our longings for Butwal disappeared, and all of the stress from the unexpected “hike” we took earlier instantly melted away.  We were treated to a gourmet meal of a starter soup, mixed vegetables, dal (lentil soup), chicken (if the non-vegetarian option was chosen), potatoes and a curd cocunut creamy dessert.

This was the first stop on our trip where the restaurant offered safe ice cubes (made from filtered water) and vegetables washed in iodine.  We were in heaven. All of this was enjoyed in an outdoor dining room with gentle breezes, a river flowing by and the sounds of the nearby jungle.

The next morning’s breakfast was just as fulfilling, though this time an elephant passed by and we all took turns feeding it.  At first, it took the unpeeled bananas and potatoes in its trunk, but later wanted to be fed directly in its mouth.  I even touched its tongue when I stuck my hand in to feed it!

Sapana Lodge sits at the edge of Chitwan National Park, surrounded by the foothills of the Himalayas.  The lodge has several projects which support the local Taro community who have lived in this area for centuries.  The Taro are farmers who were relocated outside the park boundaries when the park was formed in the 1970s.  Sapana Lodge runs a women’s handicraft cooperative, employs many locals, finances microloans and will soon be opening a school for Taro children.  You can read more about the lodge here.

Read about our morning safari in the next post.

END_OF_DOCUMENT_TOKEN_TO_BE_REPLACED

We were up early for a 6:00 a.m. departure on our Chitwan National Park safari.  Chitwan is famous for the…

Our journey from Butwal to Chitwan National Park should have lasted five or six hours, but we had an unexpected…