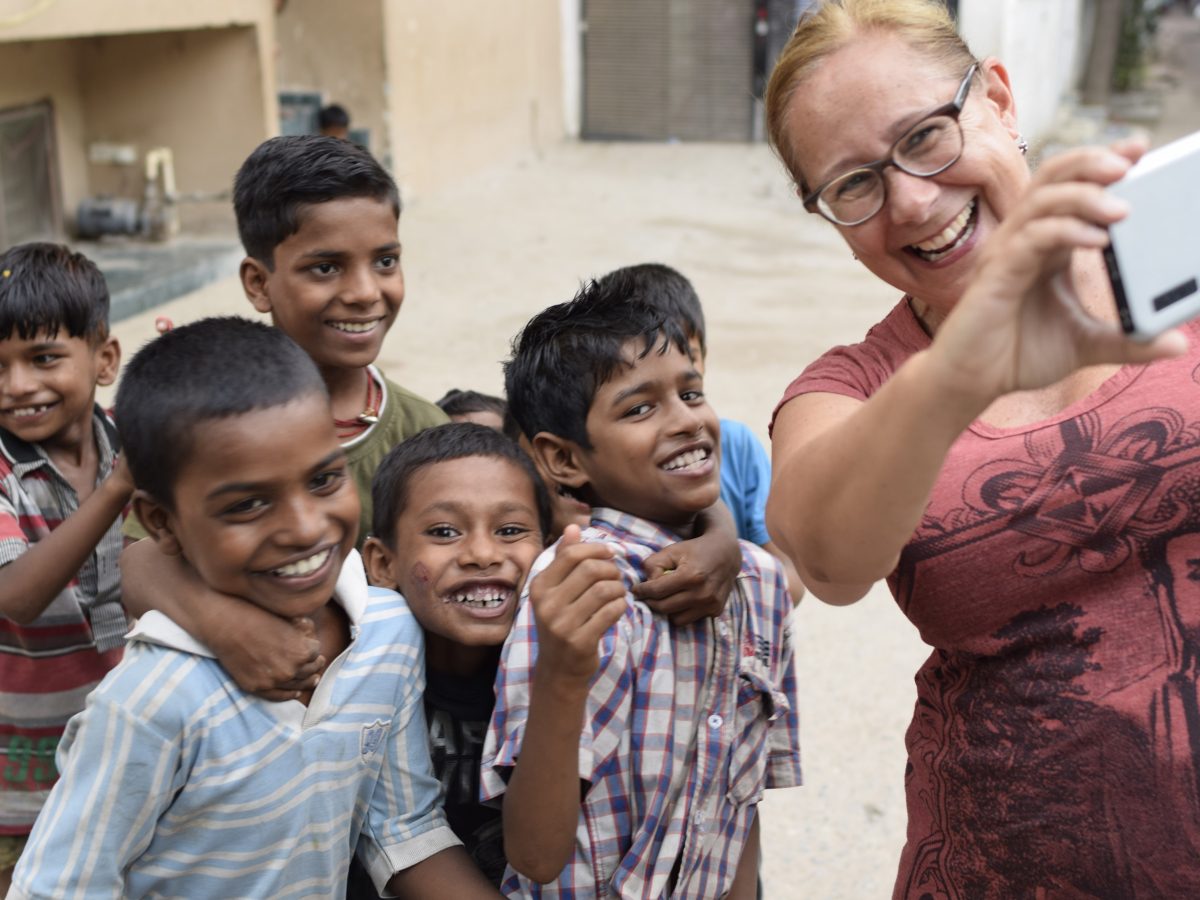 My Couchsurfing host in Delhi for two nights is Nitin, a lawyer from Punjab.  His wife is also a lawyer and is vising family in Estonia wherer she is from.  Although I still get strange looks everytime I explain Couchsurfing to someone who has never heard of it, I think it’s a great way to travel.  Last night, Nitin took me, along with a teacher from Portland (Julie) who will be joining the tour I am on, out to see some sights in Delhi.  We ended up in a neighborhood that, although once a poor village, has become filled with amazing restaurants and nightlife.  Wandering through the narrow alleys of this neighborhood reminded me the medinas of Morocco.  The streets and restaurants were filled with people, including many families out for a Sunday dinner.  Julie and I agreed that we would have never discovered this place on our own.
On Nitin’s advice, we decided to try a South Indian restaurant since our tour will already expose us to North Indian cuisine.  We ordered three plates that repersented a variety of food from South India and we enjoyed every bite.  It wasn’t until the meal was over that I realized it was all vegetarian.  The flavors were so exotic and the food so fulfilling that I could not have imagined eating meat with it.  I’ll never remember all everything we ate, but a few of the highlights included:

The entire meal costs less than $20 though the restaurant is highly regarded by the locals.

Had Julie and I been on our own, we would have probably eaten at a hotel restaurant to play it safe.  With Couchsurfing, we found the perfect guide to high-quality restaurants that do not cater to tourists.

This is a version of the after-dinner breath mint served almost everywhere (cardamon and sugar).

END_OF_DOCUMENT_TOKEN_TO_BE_REPLACED

Feeling Like a Star Note:  Our tour guide, Manu, has solved my problem uploading images!  Still have intermittent internet, but…