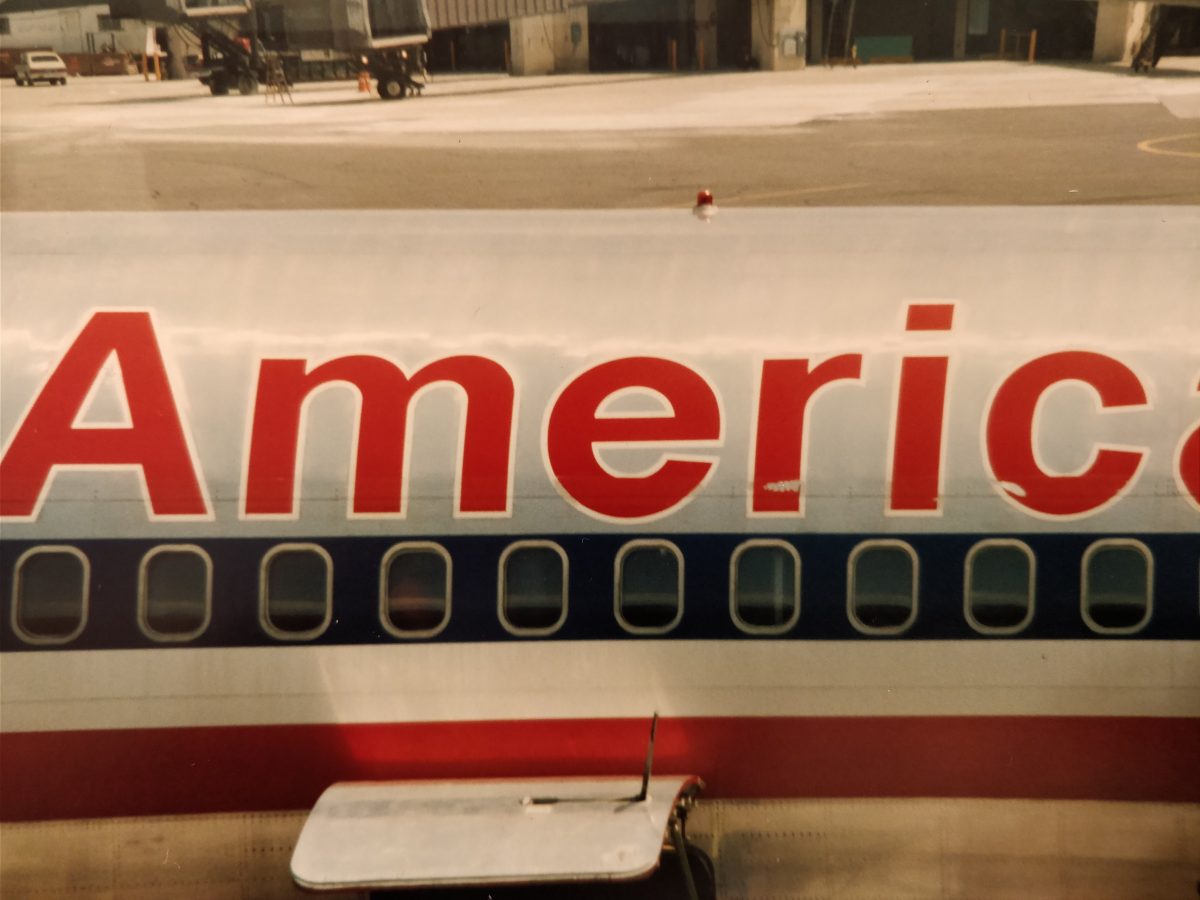 “I am not getting off this plane,” I said in broken Spanish to the stewardess. Despite my insistence, she maintained a smile on her face and tried to explain why I needed to leave. The only problem was I did not understand her Spanish and was sure I had a right to stay put. I had already been moved from one seat to the rear smoking section of my flight from Miami to Bolivia. My new employer, an international school in Santa Cruz, warned me to avoid getting bumped from the plane. They said Americans were often rerouted since the Bolivian airline typically overbooked its nightly flight. Lloyd Aéreo Boliviano (LAB), according to my sources, was notorious for treating Americans like second-class citizens.
It was 1990 and after three years of teaching in New Haven, I had decided to pursue a job overseas. I remember my sense of wonder once I realized that I could teach anywhere in the world. In New Haven, I met a teacher, Joni, who had once taught in Tanzania. Though I loved to travel, it had never occurred to me that I could actually teach abroad. Joni’s stories convinced me that I had to give it a try. But just how does one get a job abroad in the age before the internet? Joni had the answer: I needed to go to Iowa.

Have passport, will travel

Since 1976, the University of Northern Iowa has hosted an overseas recruiting fair for teachers. I registered for the fair via snail mail, and can still remember receiving the package of materials consisting of a thick booklet listing the hundreds of schools and positions available in every corner of the globe. Every few weeks, new pages were mailed to me with updated postings, and I would add them to the expanding book.
After months of preparation, including typing hundreds of cover letters on my electric typewriter and mailing out my resume to schools in faraway lands, I landed in Cedar Rapids, Iowa during a snowstorm in February. Although I had a plan to get a job in a Spanish-speaking country, I couldn’t resist interviewing for places like Kathmandu and Pacific Island nations that I couldn’t even find on a map. The fair was exciting and overwhelming, and I left with a few job offers. After confirming the location of Bolivia in an atlas my friend located at the university, I decided to sign a two-year contract for a sixth-grade teaching job at the Santa Cruz Cooperative School.

“Amanda, why are we heading towards Canada? Isn’t Newark in the other direction?” I asked from the back seat of my friend’s Nissan Sentra, squeezed in next to my luggage that would fit there. My six-foot-long duffel bag, packed with all the possessions I thought I would need for my new life in Bolivia, was wedged into the trunk. My sister, Kathy, sat in the front passenger seat. Despite priding herself in never needing a map, Amanda finally agreed that Canada was not on the way to the airport. As we approached the next exit on the New York State Thruway to head south instead of north, I began to have second thoughts about moving to Bolivia. Hadn’t I had an awful experience in Venezuela a few years before? Who in their right mind would move to Bolivia? Seeing my mom burst into tears as she drove away after saying goodbye that morning made me realize the impact this adventure was having on her. Maybe getting lost on the way to the airport was a sign that I was making the wrong decision.
If it was a sign, the next one came an hour later, on the New Jersey Turnpike. Just after paying our toll, we all heard the thump-thump-thump of a flat tire. Amanda pulled over, confident we could change the tire and still make my flight. The problem was that my baggage did not want to budge. I stood on the back bumper to get leverage while Amanda and Kathy pulled the duffel bag from below. We tugged for some time before finally setting it free and accessing the spare tire. Sweating in the July heat while tractor trailers zoomed by us, we managed to change the tire and even joked about how nothing seemed to be going our way.
In my mind, though, I was thinking I would be out of a job if I missed this flight to Miami and my connecting flight to Bolivia. It’s not like the school could have emailed me a new ticket.

At the airport, I ran ahead with my smaller backpack while Amanda and Kathy dealt with the duffel bag. I arrived at the American Airlines counter just in time to check in. When the agent saw my excess baggage being wheeled over a few minutes later, she said it probably would not make the flight. That was fine, at least I would still have a job! And after all the effort it took to heave it out of the trunk, I didn’t mind leaving some baggage behind.

Saying goodbye to my sister at the airport

It was many hours later, that I sat on the midnight flight to Santa Cruz from Miami, refusing to budge. I had already fought my way through the chaos of checking in at LAB’s counter and had overcome too many obstacles to give up now.
Still, as I looked at my ticket, I couldn’t deny that the person standing in the aisle had the same seat number as me. When the stewardess went to get the authorities, I decided I should get off the plane. I had failed the first test my school had given me. Maybe I wasn’t meant to teach in South America after all. Maybe I should stay home with my duffel bag.
I walked down the aisle from the rear of the plane, feeling as if all the passengers were staring at this obnoxious American. As I exited the jetway into the terminal I wondered what I would do, now that I was stuck in Miami. To my surprise and embarrassment, I turned the corner and saw over two hundred people waiting patiently for the flight to Santa Cruz. Little did I know there were two flights to Bolivia that night, and I had somehow boarded the one to La Paz. I was suddenly grateful for the stewardess and passengers who had urged me to get off the wrong flight. I also realized that my own prejudices contributed to the situation. I had imagined the airline employees to be incompetent and assumed they were taking advantage of me. Would I have felt that way had I been on an American Airlines flight?
Looking out the window before we landed the next morning, the doubts about what I was doing returned. This time, though, I knew there was no turning back. I saw the stunning beauty of the tropics below me and became filled with excitement. A short time later while standing at the luggage carousel, I was surprised to see a six-foot-long blue duffel bag drop from the chute. It looked like it had grown during the flight and I was already sure I’d brought too much baggage with me to Bolivia. I tried to pull it off the spinning belt as gracefully as possible, balanced my belongings on a luggage cart, and headed off to my new life.

END_OF_DOCUMENT_TOKEN_TO_BE_REPLACED

I arrived at 6:30 am on my flight from New York and passed through immigration and customs in five minutes.…

Here is the question for Day 12 of the 30-Day Blogging Challenge.How do you envision your teaching changing over the…