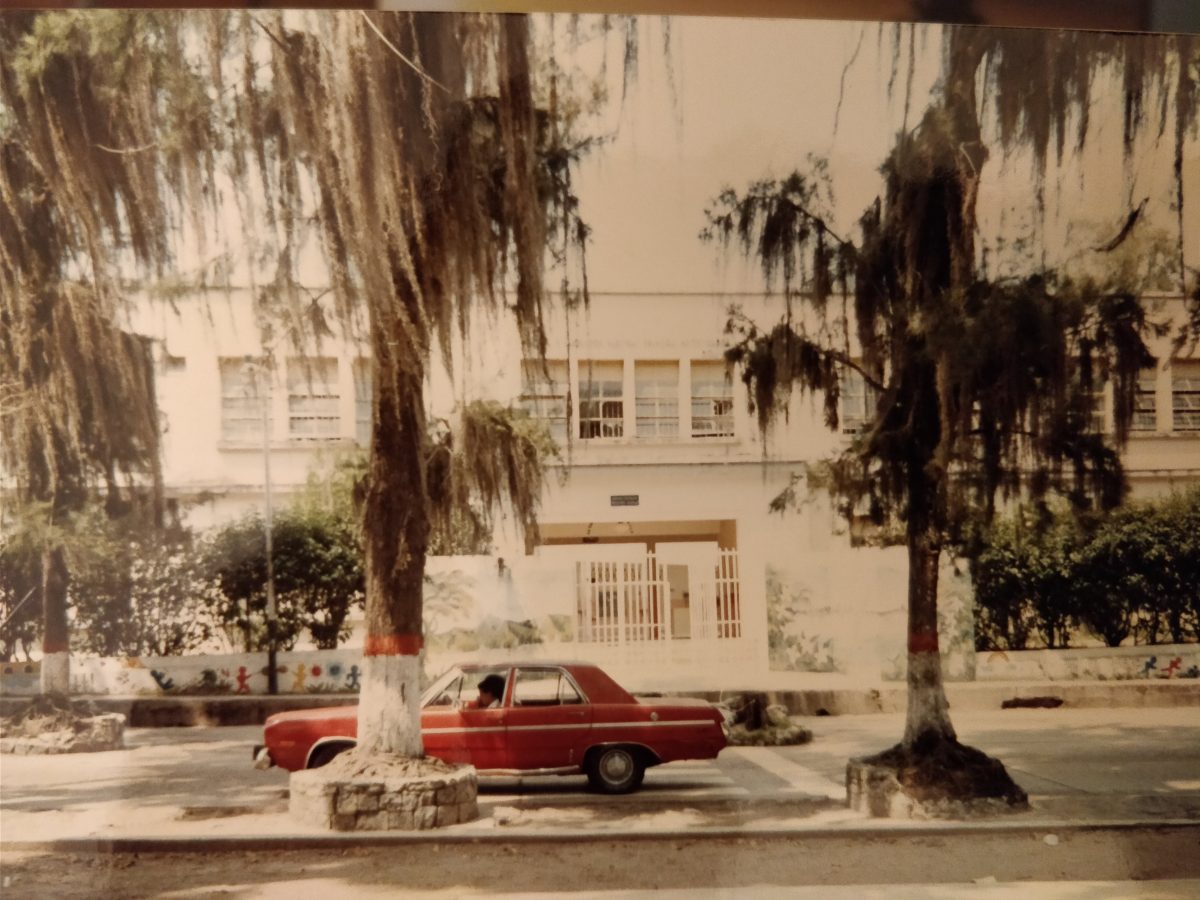 See the previous post for Part I of this story.

I left the airport after my first flight as a courier feeling relieved and ready for an adventure. My first impressions of Caracas were not positive. It was hectic, crowded, confusing and completely foreign to me. My prior international travel experience included a few months in Europe the year before. At 23, I thought I was worldly and wise when it came to travel. I did not despair when faced with the disappointments of the capital. Armed with the South American Handbook and my camera, I found a cheap room and set off on my adventure.
I had dreamed of seeing a South American beach – palm trees, cabanas, blue water, snorkeling. I looked at the map, rented a car and headed towards the coast, which looked to be about 30 minutes away.
Six hours later, as the sun was about to set, I finally stepped onto a beach. It was covered in trash, the water smelled of sewage and I felt like flying home that night. I had gotten lost, spent hours in traffic that didn’t move, left the highway to take a shortcut, traveled through the slums that dotted the mountainside along a winding mountain road, and finally reached the coast.
Taking the highway back to my hotel that night was quicker, but I had no place to park. Every spot for blocks around was taken. Cars were pulled onto the sidewalks and filled every space up to the intersections. I drove for more than an hour in the dark until I finally saw a spot several blocks away, parked, walked to my room and crashed for the night.

The next morning, I was happy to leave the cockroaches and stifling heat of my cheap room behind and start exploring again. My renewed optimism was crushed, however, as I approached the rental car. The passenger window was smashed and my backpack and camera were gone. In the dark and frustration of the previous night, I had not noticed that I’d left the bag lying right on the front seat.
“The rental agreement says you must park your car in a garage, especially in Caracas.” The rental agent was just doing his job. I was told I would be responsible for the damage and was actually more upset about not having a camera than what the repairs to the car would cost, so I immediately walked to the nearest camera store.
My impressions of Venezuelans were becoming more and more negative. In fact, I hadn’t met anyone who had been very helpful or friendly during my first two days there. In restaurants, I sat alone and waited endlessly for one of the many waiters to come to my table. On the road, I was cut off by other cars and on the streets I just saw lots of angry protesters or people I thought I should avoid. No one understood my “Spanish” and I certainly did not understand whatever language they were speaking. Being robbed didn’t help. I was sure this would be my last trip to South America and I began counting the days until I could fly home. My two days of bad experiences in Venezuela had led me to judge an entire continent.
There were several people behind the counter at the camera store and they smiled warmly at me when I entered. I smiled back, realizing it was the first smile I had given since arriving in the country. Through a mixture of Spanish, English and pantomiming, I was able to explain the story of my stolen camera and that I wanted to buy a cheap replacement. The look of concern on the employees’ faces encouraged me to open up to them and take more risks with Spanish. By the time I left the store an hour later, I had lots of advice about where to travel in Venezuela, even more advice about staying safe, a new camera, and a photo of three smiling friends behind the counter.
I walked away from the store realizing that I had brought a lot of my problems on myself and how silly it was to judge an entire country, and even a continent, based on a few negative experiences.

My next flight cost just $25 and took me into the mountains of Venezuela. I had given up on the beach and followed the advice of my camera store friends to see a different part of the country. Merida was just a short flight from Caracas but it was a world away. The snow-covered Andes outside of town rose toward the blue sky. The air was dry and crisp as I stepped onto the airport tarmac. After checking into the clean and comfortable room with a beautiful mountain view, I walked around the quiet and tranquil town.
As I sat in the plaza, I heard the familiar sound of kids at recess. Although I had come here for a respite from my stressful first year of teaching, I was suddenly drawn towards the school. It took a while to work up the courage, but I approached the security guard and tried to explain that I was a teacher from the US and would love to visit the school. He understood enough to get the principal. Moments later, I was brought to a classroom of fifth graders and introduced to the teacher and students. My Spanish failed me and I wondered what I should do, but the kids smiled and asked to have their pictures taken while students from other classes looked on. I do not remember staying there for more than a few minutes since it was clear I was really just interrupting their day. I did get the school’s address so that I could send the pictures to them and hoped to set up some pen pals for my students in New Haven.

My two days in the mountains would bring more connections as I visited the local sites. I met a traveling American teacher and her husband. She was close to retirement but still took trips every summer to places she would teach her students about. I did not know it then, but I’d found a kindred spirit. We rode the world’s highest and longest cable car to the top of the mountain and walked in the snow while enjoying the views and I began to get excited about my future as a traveling teacher.
As I think about this first solo international trip I made thirty years ago, I realize I learned a lot. I learned that traveling alone can be lonely, but it can open up opportunities that might not happen if you are in a group. I learned that if I overcome my fear and push myself to meet other people, both locals and travelers, the results will make me happier. I even learned to appreciate that fact that waiters in Latin America would never assume it was appropriate to come to your table without being called over. You are free to dine, talk and relax for as long as you want and call the servers over when needed. I now find this much more enjoyable to the heavily scheduled dining experiences in the US.
On the flight home, with my courier duties complete and no mysterious packages to worry about, I relaxed and thought about my first trip to a Spanish-speaking country. I knew that more travel was in my future. I knew this would not be my last courier flight. I also knew there was a lot more of South America for me to explore.

END_OF_DOCUMENT_TOKEN_TO_BE_REPLACED

Too Good to Be True? My first trip to South America began with these instructions: You will meet a six-foot-tall…

The Rest of the Story

There was so much more to our TOP Tour than the few posts I’ve written. Here are a few highlights…