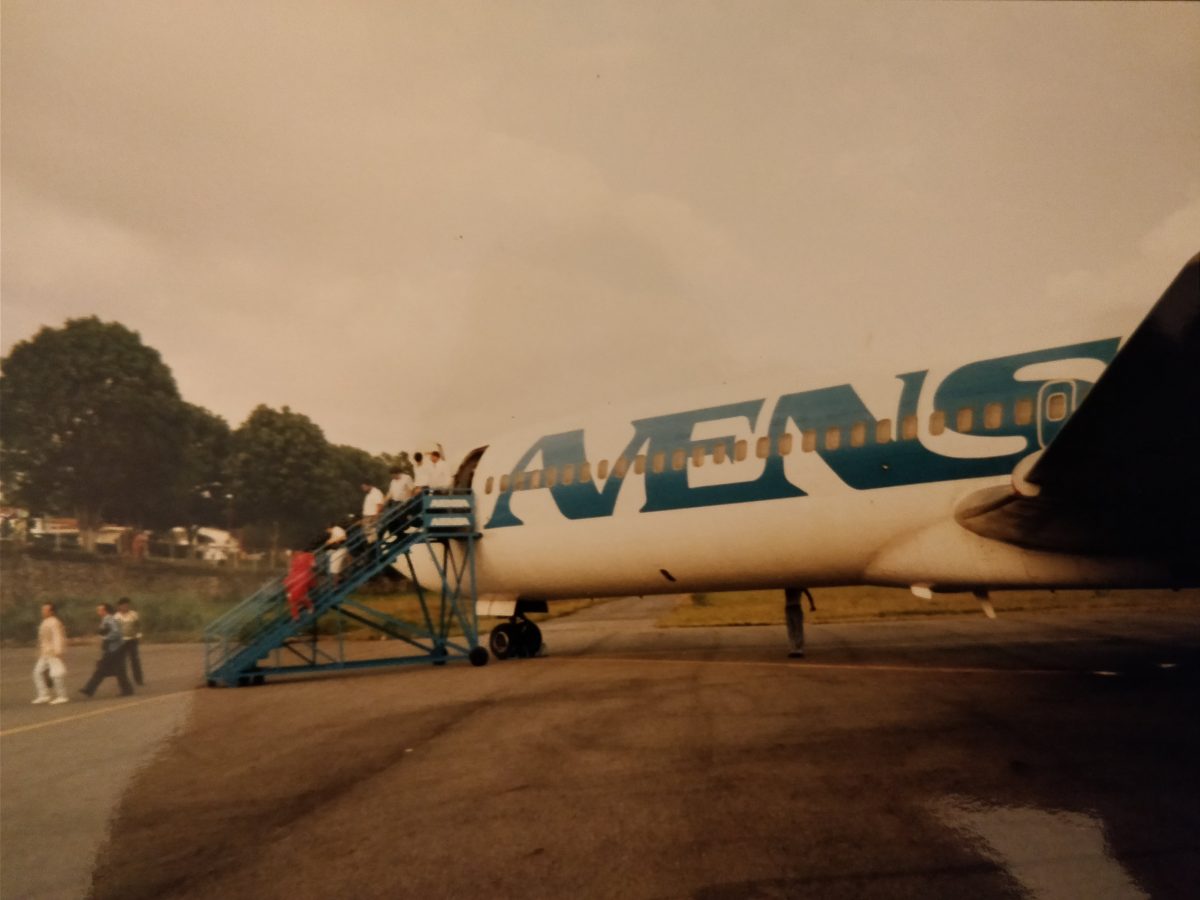 Too Good to Be True?

My first trip to South America began with these instructions: You will meet a six-foot-tall Black man named Rufus at JFK. I was traveling as a courier, a cheap way to fly before 9/11 changed everything. It was my first courier flight and I had my doubts that it would work. The deal was that you give up your luggage space to a courier company in exchange for a cheap ticket. You do not have to carry anything, except for some documents, and are guaranteed safe passage through customs. My round trip flight to Venezuela cost $90, paid in advance, so despite the obvious things that could go wrong, I could not resist. After all, it was 1988, long before airline employees asked, “Did you pack your own bags?” at the check-in counter.
It was spring break during my first year of teaching. It had been a stressful year, one that made me question if I had chosen the right profession, and I needed to get away. I had heard about these courier deals from my older and more experienced roommate. After collecting 800 numbers from my roommate and the backs of travel magazines, I called around to investigate the possibilities. Cheap courier flights left every day to all parts of the world. The more I learned, the more comfortable I felt about traveling this way.
Venezuela was not a place I had longed to visit, but it was where the courier company needed someone to go to during my spring break, and I thought I might as well try out some of the Spanish I had studied through high school and college.
Rufus was late. I sat near the Avensa Airlines counter watching hundreds of passengers check into the flight, until there was no one left in the line. The agents behind the counter disappeared one by one. I had worked up the courage to approach a few men fitting Rufus’s description, only to be given strange looks, so I resigned myself to catching the train back to New Haven to spend my spring break in the cold. I knew I would never try this courier thing again and dreaded having to tell everyone that they were right – it was a scam.
As I walked toward the airport exit, a heavily dented white van screeched to a halt just outside. Out stepped a man with an anxious look on his face. When he entered the terminal, he immediately started calling my name. Rufus apologized for being late and handed me a large envelope, ignoring my comment about the flight being closed. I followed him to the counter and an Avensa employee emerged from behind the conveyor belt. They spoke to each other in a Spanish I did not understand, but they seemed to know each other as they made small talk. I did understand the emphatic “No’s” the agent spoke and was sure I had missed the flight. Rufus pleaded, and moments later the agent issued me a ticket while advising me to run to the gate. I didn’t even have a chance to ask Rufus what I was supposed to do when I landed.

I tried my best to look like a normal tourist as I headed toward the baggage claim. Why did I feel like I had something to hide? Could it be that there were several large packages in my name dropping from the luggage chute onto the carousel, and I had no idea what was in them? I watched the other passengers take their luggage and wondered what to do as I clung to the envelope of documents I was given. Just then, a man approached and asked if I was the courier.
“Uh, yes,” I responded.
“Do you have the documents?”
“Yes, here.” I could hardly speak and was all too eager to be done with my duties.
The man took the envelope, asked if I had any questions, and told me I was free to go. I walked through customs with my carry-on bag, still feeling like a marked tourist, and tried not to think about what was in the boxes as I left the airport.
After my successful entry into the country, I had high hopes for this trip. All of the naysayers, which was practically everyone who knew what I was doing, were wrong. The hardest part of the trip was over, now all I had to do was enjoy exploring a new country. There would be many surprises in store for me, which I will write about in my next post.

END_OF_DOCUMENT_TOKEN_TO_BE_REPLACED

“Would you do it again?” That question comes up now and then, and my answer is always, “Yes, I will…