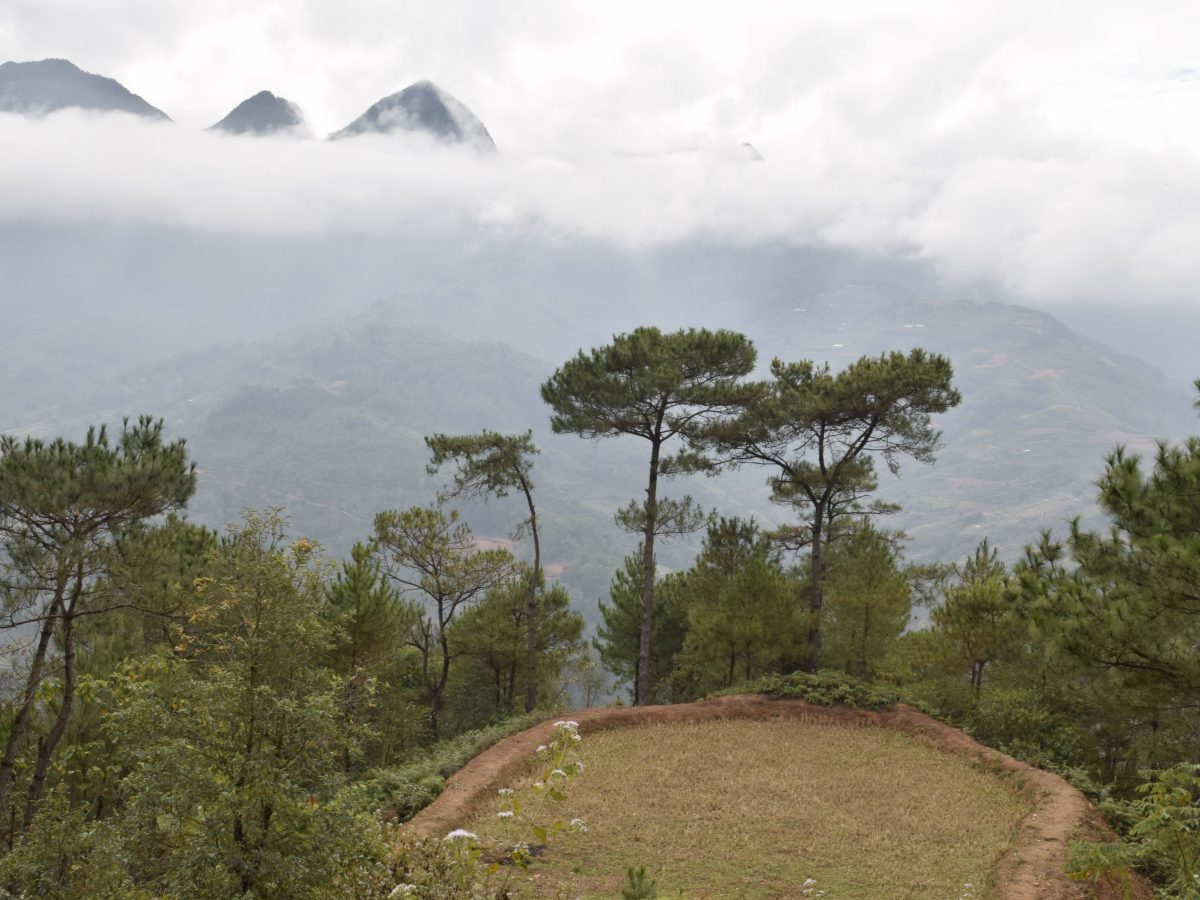 I turned on my computer the other day to find these words on the screen.  How did Mr. Rogers know I was at an ending and a beginning in this journey?  I’m preparing to leave Hanoi but am only halfway through my year abroad, which began six months ago in Honduras.

Last week, I moved out of my apartment to an AirBnB for my final week in Hanoi.  I’m transitioning from having a home here to becoming a traveler.  I spent an afternoon discovering Hanoi as a tourist when a fellow Fulbright Distinguished Teacher came to visit after finishing her work in Korea.  Monica, her husband Steve, and I discovered places I never knew existed, even after living here for four months.

The Temple of Literature in Hanoi

The next few weeks will give me more opportunities to be a tourist as I travel through Vietnam and Cambodia.  It’s great to have this opportunity, but at the same time somewhat unsettling to have no structure to my days.

I wonder what else there is to discover.

On my last day at Nguyễn Tất Thành School, several students stood and spoke one by one about their feelings after being in my poetry classes.  One ninth grader admitted that at first her classmates said, “I just wish Tim would go away,” since writing poems in English seemed like an impossible task.  They later they came to realize that they could write poems and enjoy doing so.  Another student thanked me for helping her find her “creative gene.”  One boy said writing poems helped him express his emotions.  It was touching and humbling to hear many students speak about their experience in my classes.

But I’m not really done teaching.  I hope to share my Fulbright project with schools during my travels over the next six months.  New comments and poems are coming from schools in Connecticut and Arizona, and I have scheduled a visit to school a few hours outside of Hanoi. Best of all, the author of the original “Where I’m From” poem (the title of the poetry site), George Ella Lyon, has written me after I shared the site with her.  She loves the poems and thanked the students for their work.

There are many more roads to travel.

At this halfway point, I feel that time has gone too quickly, that a year abroad is not enough.  It seems like a long time when planning it, but it really does fly by.

Readers of this blog may think I’m having one adventure after another.  It seems that way, but there are plenty of boring days, stressful days, and every other kind of day in between.  I’m just living my life somewhere else.

My itinerary is not set in stone, but as of now looks something like this:  Vietnam and Cambodia in Jan./Feb.  The Philippines from mid-February through March.  April – June will hopefully include Thailand (again), Myanmar, Laos, and maybe a few other surprises.  I will be doing some traveling, some volunteering, some teaching, and lots of learning.

And look who has just arrived (fresh off a 28-hour journey)!

END_OF_DOCUMENT_TOKEN_TO_BE_REPLACED

I Want a Motorbike (Don't Tell My Sons)

“I could do this for the next six months.”  That’s what I said at one of the coffee stops on…

Learning Luc Bat “Luc bat” is a traditional form of Vietnamese poetry that I have been researching.   I chose to…