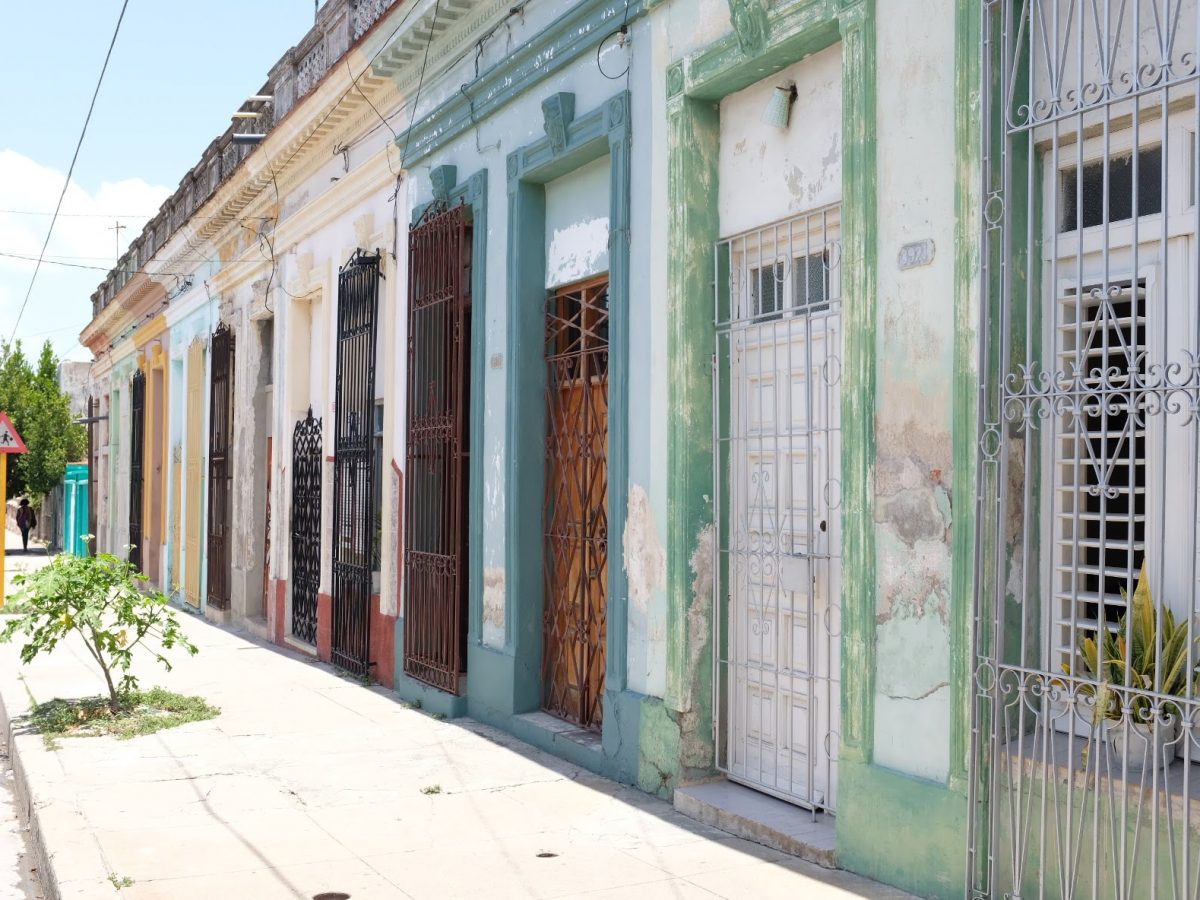 I had conversations with two Cubans in twenty-four hours, representing very different points of view.

I strolled down a side street in Cienfuegos and heard the usual, “Hello, my friend. Where are you from?” Javier was just one of the many men who call out to tourists offering one service or another. In this case, he was suggesting a restaurant that gives him commission for sending customers there.

A simple “no, gracias” is sufficient for most of these “jineteros.”  Javier, however, spoke English and wanted to practice, and I was just wandering through the streets feeling bored, so we stood on the sidewalk for a half hour chatting.

He explained that he has tried to get a visa to the US several times, but has been denied after years of waiting. In a desperate move, he took a boat and came within a few miles of Florida before being caught by the US Coast Guard and sent back to Cuba. Had he just reached the shore, he would have been granted asylum, under a US policy for Cubans that is no longer in effect. He is certain that Donald Trump will be in office for two terms, and knows that the relationship between Cuba and the US will not improve during this time, so he has finally given up on this dream of reaching America.

During our conversation Javier explained that he is 37, lives with his parents and extended family, and works as much as he can helping tourists. He has taught himself English and German, but cannot make enough money to buy his own home. He has a young girlfriend and is desperate to have his own place so they can make a life together.

Javier’s next plan is to go to Guyana with his girlfriend to work. Cubans are allowed to travel there without a visa. They get the low-paying jobs that the locals won’t do. He hopes this will give him a chance to save money for his future.

I listened to the details of Javier’s life and the desire he has to make this new relationship work. He spoke excellent English. He gave me a hug, thanked me for listening, and told me that he couldn’t talk about these things with the locals because of all the gossip that would spread around this small town. He enjoyed speaking to me in English on the street, knowing that his friends couldn’t understand our conversation.

Nelson, the owner of my AirBnB in Trinidad, and I sat on his front patio during a thunderstorm. The neighborhood is a grid of newly constructed one-story concrete homes. Nelson explained that this was a working-class area. Many of the inhabitants work in health care or were relocated here after their homes were destroyed in last year’s hurricane. Nelson’s wife draws blood at a clinic and Nelson works as a nurse on an ambulance. They have two children, an eight-year-old boy and a two-year-old girl.

Nelson explained that he and his wife worked for three years in Venezuela. Cuba frequently sends health care workers abroad. In exchange for their service, they might receive more benefits from the government. The government gave them this home. They pay only for the electricity and water, which is very cheap.

Nelson believes that in Cuba, everyone is equal. There may be poor people, he says, but that is only because they do not want to work or they drink too much rum. No one is really rich, according to him. I asked if some people were getting rich due to tourism. He said he can earn a little more money than his neighbor by hosting foreigners, but he still doesn’t even own a car. He’s not rich.

Nelson is clearly a supporter of the revolution and the Cuban regime. He sees many benefits to it. He spoke of the violence and weapons he saw while living in Venezuela. He asked about the school shootings in the US that he hears reported on the news. None of that exists here. Violent crime is extremely rare in Cuba.

I have met wealthy people who had their homes taken by the government during the revolution and are still bitter about it. I’ve seen the run-down tenements in Havana. I’ve listened to Cubans who are desperate for a single peso from a foreigner. I’ve seen the empty shelves in some stores, and modern department stores with items no average Cuban could ever afford. Nelson presented another point of view of Cuba. He has a house, a job, security, safety, free health care, free child care, and other benefits. Javier is at the other extreme.

It’s unclear to me just where most Cubans stand when it comes to their government and way of life. All I know is that there are a variety of opinions and, in a country where expressing your true political feelings could be dangerous, it is impossible to know the whole story.

END_OF_DOCUMENT_TOKEN_TO_BE_REPLACED

As I sat in the cockpit of the Airbus A320, I thought, “What a fitting end to my first trip…

Here is a post about two unrelated Cuban experiences. Wi-fi “Do you need a wifi card?” a young man on…