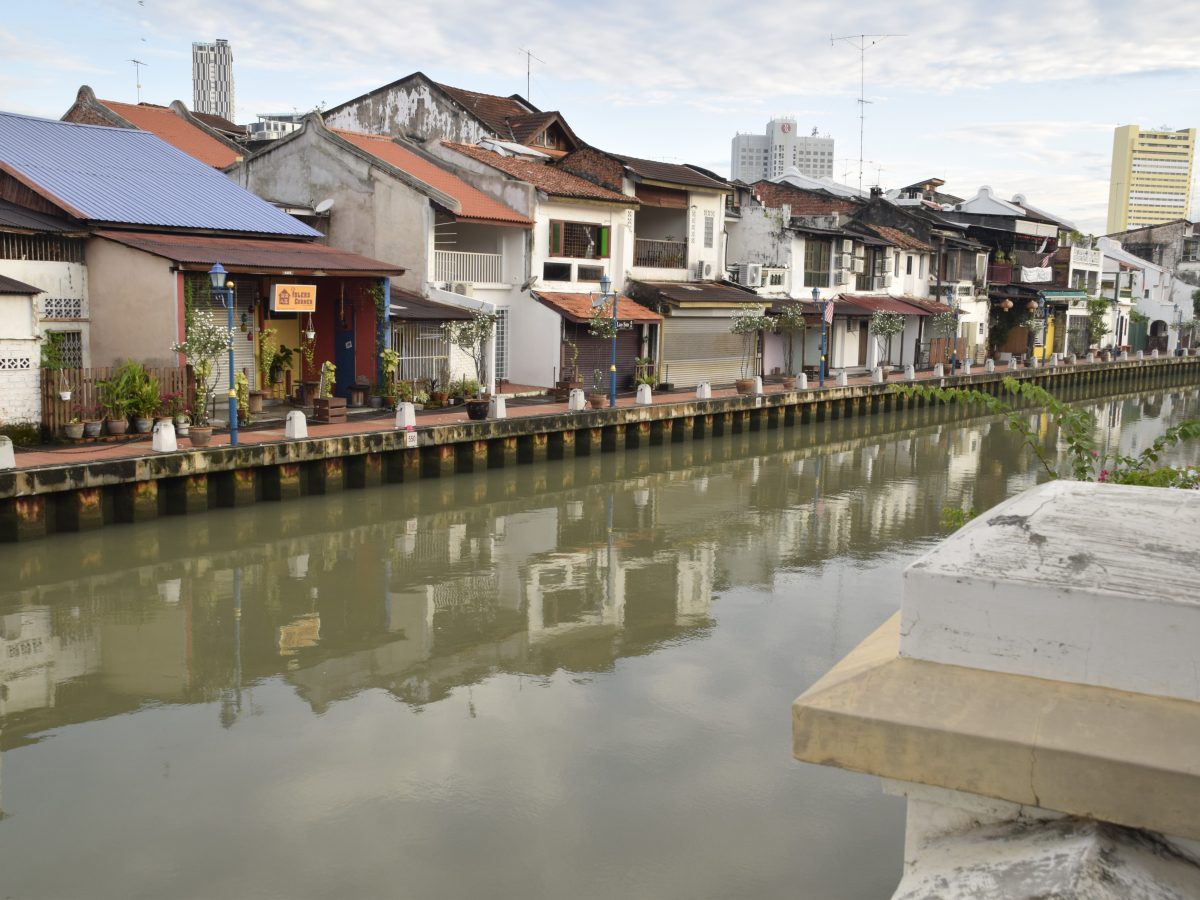 On my last day in Malaysia, I decided to catch a bus from Melaka to a nearby village, simply known as the Portuguese Village.  After seeing the Dutch, British, Chinese and Indian influences on Malaysia, I thought it would be interesting to see this small seaside town.

It was clear on my walk into the village that the community has a lot of pride in their Portuguese heritage and contributions to Malaysia.  There were information signs on each corner telling a little of the history of the Portuguese in this region.  The signs were even made to look like Portuguese ceramic tiles you find all over Portugal.

The village itself is only a few blocks long with many low houses on each street.  Kids were riding bikes and families were sitting in their front patios enjoying the afternoon.  Each home had a patio that was set up like a living room.

As I rounded a corner to head towards one of the fish stalls on the shore, I heard a man call out a friendly hello.  “Are you Portuguese?”  he asked.  “No, but I speak Portuguese,” I replied.

That led to an invitation to sit outside his small store and chat for the next hour.  It turns out this man ran the small museum in town and was an expert in the history of the village.  We spoke in a combination of Brazilian Portuguese, Malaysian Portuguese, and English.

I learned about his family (four children, six grandchildren), life in the village, the multicultural society of Malaysia, and his thoughts on the Malaysian teens stopping by his store on their loud motorbikes.  (“The young people make their bikes loud on purpose.  Why?”)  Best of all, I was serenaded with three songs, a Portuguese fado song, a Brazilian song and a Portuguese Malaysian song.  It was a pleasure to hear the pride in his heritage come through in his voice as he sang and explained each song.

I eventually did make it to the fish stall overlooking the bay and had a real Portuguese meal in Malaysia.  On the way out of town, the local Catholic priest was leading a procession of parishioners as they held candles and recited prayers.  I could have been in Portugal.

END_OF_DOCUMENT_TOKEN_TO_BE_REPLACED

The Role of SAMR in Designing Technology-Embedded Lessons

This week in my Teaching, Learning and Assessing in the Digital Era class, I have played the role of a…