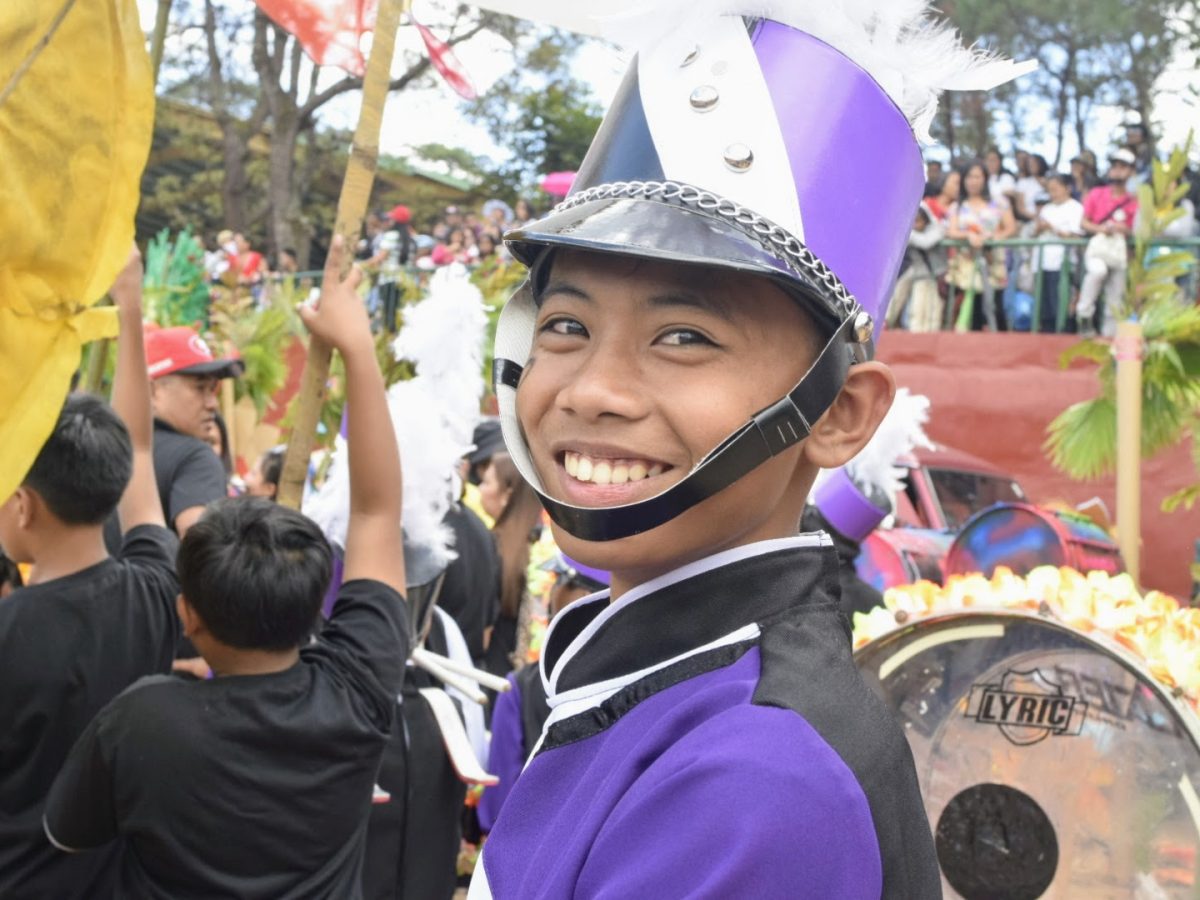 After six hours on a bus from Sagada to Baguio, up and down mountains and valleys and through beautiful scenery, I was happy to see a parking lot literally full of waiting taxis with more lined up on the street.   I just needed to get to my AirBnB and rest for the night.
Strangely, all of the taxis were empty.  I finally found a driver and asked him for a ride.  “No,” he said.  “What are all these taxis here for?” I asked.  “Coffee break.”  It was rush hour on a Friday night in the rain.  This was my introduction to Baguio.  It took about a half hour, but with the help of a kid who must make a job of this, I did find a taxi.

I would have transportation issues all weekend, partly because I was staying on the outskirts of the city, but mostly because of Panagbenga, the annual flower festival that draws tourists from all over the Philippines and beyond to this city in the mountains.  The festival lasts a month, but the highlight was the weekend I was in town.  It was just coincidence that I was here on the busiest weekend of the year, but I’m glad I was able to see the sights.

On Saturday, I spent hours watching the school marching bands perform in a parade and at a competition at the stadium grounds.  It was impossible to get close enough to get a good view of the show, so I stood where the bands entered and exited the field.

There were dozens of elementary and high schools represented, all dressed in elaborate traditional clothing with homemade props.  Every detail was accounted for, including make-up, body paint and headdresses.They played their instruments, danced, chanted and cheered as they performed for the thousands upon thousands of spectators.

I wish I could have captured the energy and spirit of the day.  I watched and took pictures, impressed by the months of preparation it must have taken each group to prepare for this moment, impressed by these students’ obvious pride in their heritage.  It reminded me very much of Carnaval in Brazil.

My pictures don’t begin to capture the beauty and spirit of the weekend, but that never stopped me from sharing them anyway!

END_OF_DOCUMENT_TOKEN_TO_BE_REPLACED

When I first arrived in the Philippines over two weeks ago, I was looking for things to do in Manila.…