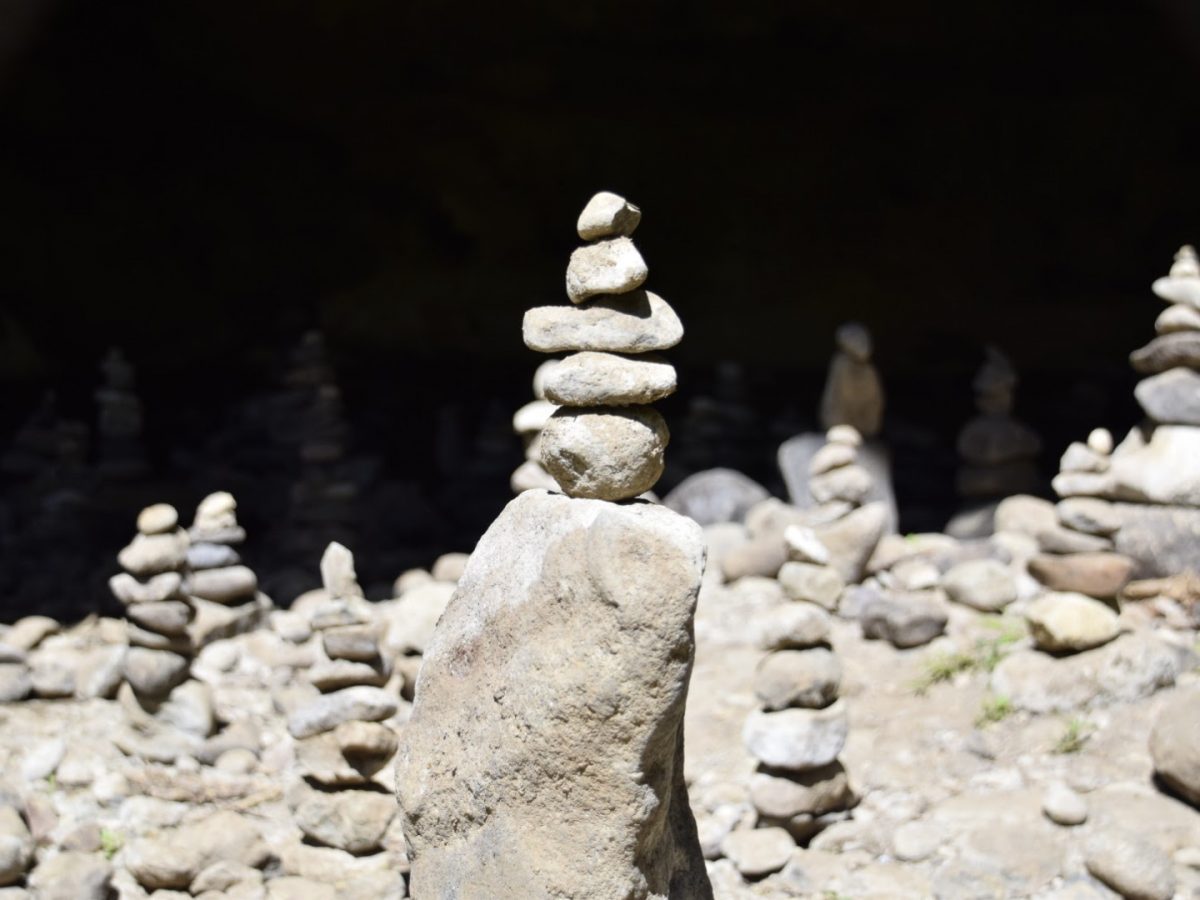 He was holding a machete in one hand and a cigarette in the other.  In between puffs, he hacked away at the ferns and vines crossing the muddy trail as we made our way toward the cave.  This was Chris, a young, stocky guy wearing a tank top and flip flops, the man who would hold my life in his hands for the next few hours.

After spending too much time in Manila, I decided to head for the mountains in northern Luzon for some sightseeing before delving into my first volunteer opportunity in the Philippines.  It was an eleven-hour overnight bus ride to Sagada, and this time I had a stranger next to me, not Vicky Ann.

The morning I met Chris started at 6:30 with fresh-baked bread and coffee made by my homestay grandmother, Jane.  She and her assistants make cinnamon, chocolate and cheese loaves every day and sell them throughout the region.  I sat at the breakfast table with Diego from Spain and Janice from the Philippines, who were traveling together and looking for a third person to share the cost of this excursion.

We left the house at 7:00 with Grandmother Jane, who is also an official guide in Sagada.  Guides are now required for all destinations after several unfortunate accidents by adventurous tourists.  Jane pointed out interesting sites and family members as we walked through the village.  She knew everyone, including the driver of each car, truck and bus that passed us.  We eventually hopped on a bus for a short ride to the trailhead.  We hiked for a few hours through muddy trails, picking wild raspberries and taking in the breathtaking mountain views.  Rice terraces and tiny villages dotted the landscape below us.  Our ultimate destination, though was Balangagan Cave, one of many caves in the region, but one that is not frequently visited by tourists.  That’s where we met Chris.

At the entrance to the cave, we were warned of how slippery it would be and how muddy we would get.  Little did I know.  I soon realized if I valued my life I would have to put my camera in my backpack.  I needed both hands and feet, and sometimes my rear and Chris’s hand to navigate through the cave.  We climbed, crawled and slid our way through cavern after cavern, the path illuminated by Chris’s gas lantern and Jane’s headlamp.

Some areas were so tight I could only get through by taking off my backpack.  Some parts were so slippery it was like walking on slime, and it would have been an uncomfortable slide down to the floor below if I did lose my footing.  Chris and Jane hopped along in their flip flops without hesitation while I hung on for dear life.

The stalactites, stalagmites and columns (where they meet) were beautiful.  Brown and white were the most prevalent colors.  We passed by remains of pine coffins (and a few bones) that had been placed there hundreds of years ago and later destroyed.   We also walked barefoot down a steep, sandy hill to a small pool of water, and crawled our way back up to the top.   After two hours, we emerged from the cave at a different spot covered in mud but feeling proud of surviving.

During our entire hike and cave exploration, we never saw another tourist.  This was definitely off the beaten path.  That was my first day in Sagada.  Over the next two days, I learned more about Jane, her bakers, Sagada, and went on two more spectacular hikes.

END_OF_DOCUMENT_TOKEN_TO_BE_REPLACED

After six hours on a bus from Sagada to Baguio, up and down mountains and valleys and through beautiful scenery,…

It’s hard to believe it’s been three weeks since Vicky Ann and I visited Angkor Wat, considered by many to…