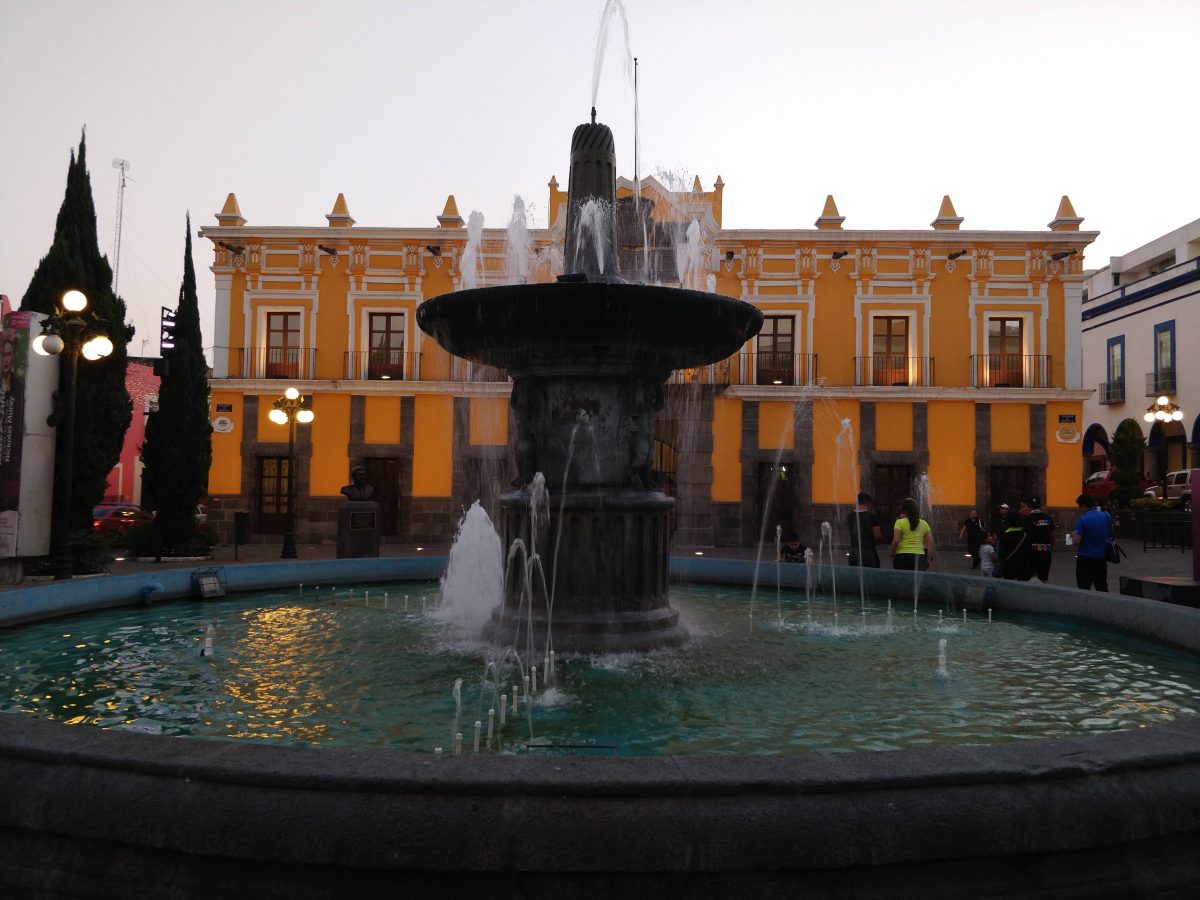 Walking through the narrow tunnels inside the world’s largest pyramid, I encountered a group of American tourists. As I meandered my way through the tunnels, listening to their bantering and joking about being lost underground, I was so happy that my host was waiting for me at the exit. I knew I was seeing so much more of Cholula than these tourists would.

Baruk had already given me a tour of street behind the pyramids to see the murals painted on crumbling walls, a sight that most tourists don’t pass by. During the hours we walked the streets of Cholula, Baruk shared so much about the history of the town and his life as an artist, actor, and acrobat. Later that night, we would search for “pulque,” a traditional fermented cactus drink with the consistency of paste and the color of milk. We went to several “pulquerias” being told at each one that there was none to be had. After giving up our search and taking a seat at one pulqueria, a man walked in with two large jugs of it, which soon found its way to our table. I had more than my share of the sweet substance.

I spent two days in Cholula and neighboring Puebla, two of the “magic towns” of Mexico, a name given to promote tourism in villages that are known for their historical preservation, natural beauty, and/or cultural traditions.

How did I get such an intimate view of these towns? I met Baruk through Couchsurfing and could not have asked for a better host. As I’ve written before, Couchsurfing is a great way to travel and meet local people with similar interests. I can honestly say that my room at Baruk’s place was by far the most comfortable and clean of all the places I’ve stayed on this trip.

Hosting is another way to get involved in Couchsurfing and meet interesting people. Why not open your home to a traveler for a night or two and see what happens? I’m sure you won’t be disappointed, and you are guaranteed to learn something new and make a friend.

I know you can think of a thousand reasons not to try it. But my house isn’t clean. I have young kids. I have no room. I’m too busy! What if they don’t speak English? What if I don’t like them? What if my Couchsurfer is really a serial killer? My best travel tip, definitely not invented by me but something I’ve learned along the way: Your most fulfilling and memorable experiences will come from the times you took a risk. If it doesn’t make you at least a little bit uneasy, then it’s probably going be just another boring day.

END_OF_DOCUMENT_TOKEN_TO_BE_REPLACED

The View from Taxco

Taxco is another “magic town” in the mountains three hours south of Mexico City. It is known for its silver…