I Would Have Lost "The Amazing Race" 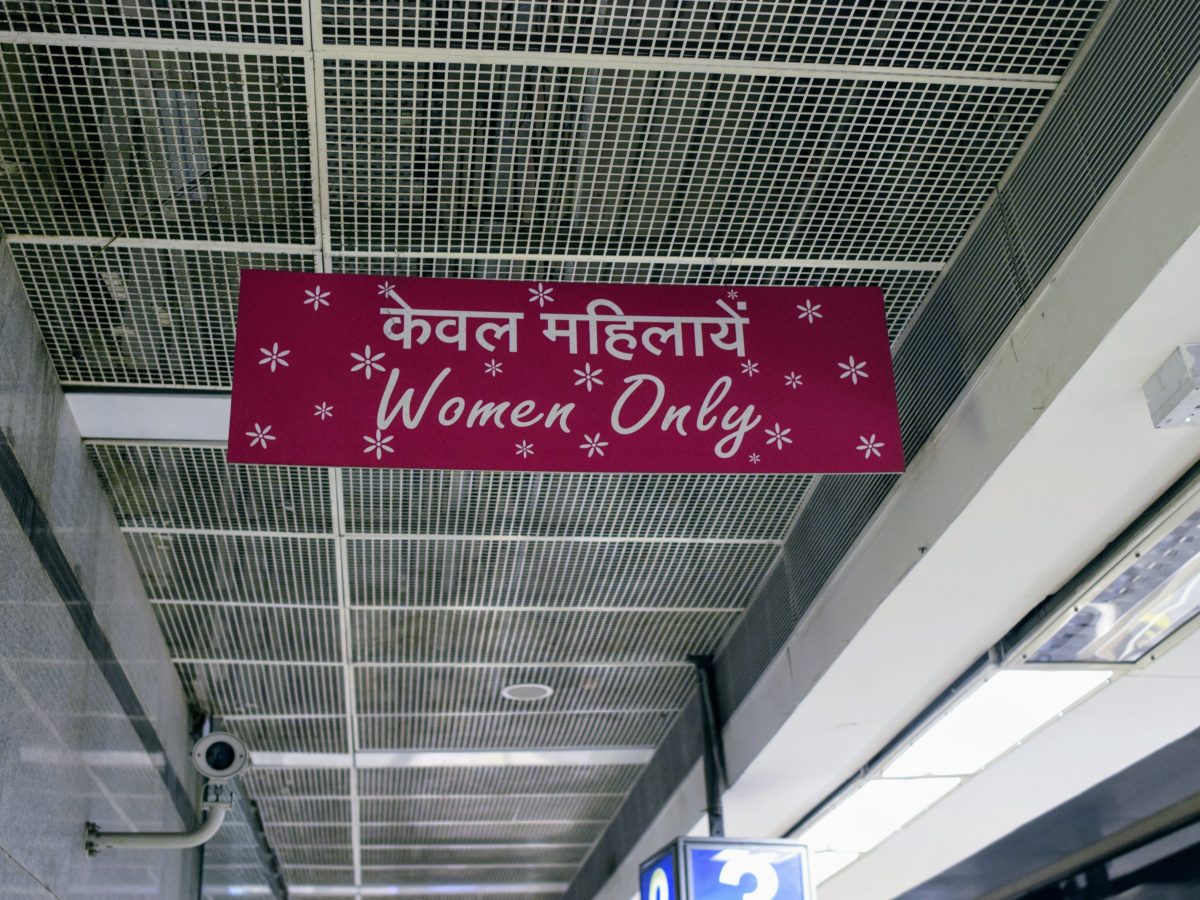 You know that feeling when you hop on a metro you thought you might miss  just before the doors close? I was feeling like I was really getting the hang of things as I meandered through the crowded

station, followed the violet footprints to get to the violet line (not yellow), and dashed down the stairs with hundreds of other Delhiites to catch the train just as the “Please stand clear of the closing doors” announcement was made. This was a far cry from earlier in the day when I didn’t know which color line or which direction to follow. The Hindi language map I was given when I bought my “Smart Card” turned out to be no help (they were out of English maps).

Thankfully, there are usually signs in English as well.

My confidence was shattered almost instantly when I noticed something different about the car I had just hopped onto. First, all of the signs were in pink, and it seemed unusually quiet even though all of the seats and aisles were full. In the second it took for the doors to close I realized I was on the women’s car and everyone was staring at me. Eyes downward, I awkwardly made my way from my end of the car all the way to the opposite end, whispering “Excuse me” as I squeezed through the crowd, bumping into a few women on the way with my camera bag. Peering into the next car, I could see that it was packed with men but there were a few (mostly teenage boys) who spilled into the women’s car. Strangely, I felt safer here until, at the next stop, a Metro policewomen started yelling something from the platform in Hindi. It was clear who it was directed at as even the defiant boys moved nervously forward, squeezing as close as possible to the next car. I had no choice but to join them, thankful that one of the boys was trapped behind me, surrounded by annoyed women.  I faced his friends who were snickering at him and tried my best not to be noticed.
Three long stops later, I was free, and grateful I did not receive a fine. Apparently it would have been less offensive to ride on top of the train.

If I hadn’t been feeling like such a pro after one day of riding the metro, maybe I wouldn’t have missed the big pink sign.

Tip: If you can’t squeeze into the train, another one with more room is usually a couple of minutes behind.

END_OF_DOCUMENT_TOKEN_TO_BE_REPLACED

Why do they do that?

Note:  I'll have to publish some posts without photos until I can get faster wi-fi.  It's been difficult getting anything…

Last winter, I decided to finally get serious about a lifelong interest:  photography.  I bought Nikon D5300 digitlal SLR camera…