By the River Ganges 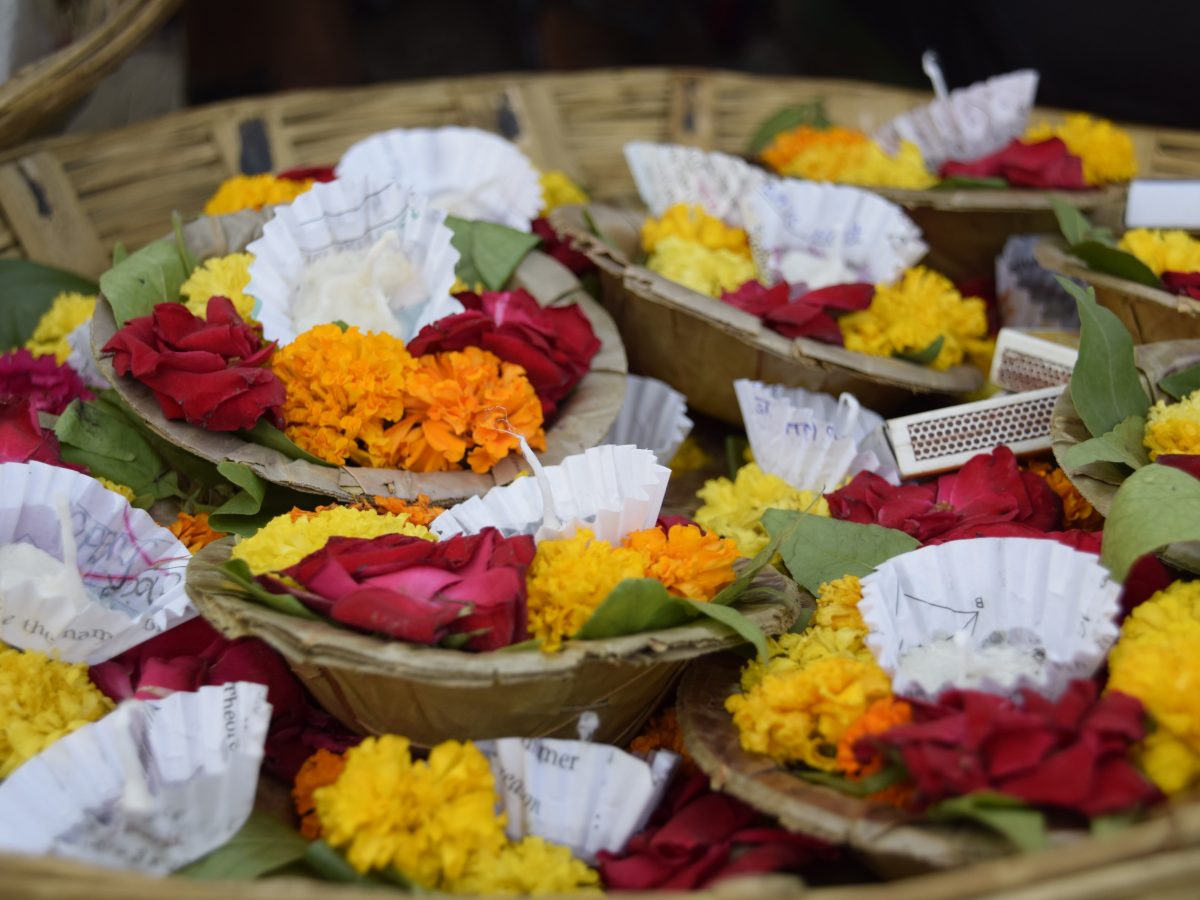 Delhi, that big large chaotic and noisy city where we began our tour a week ago, now seems mild compared to Varanasi.  Although it is not as large as Delhi, it is certainly louder and feels more crowded.  Here, people, bicycles, rickshaws of every type, motorcycles, cars, trucks, school buses, goats, dogs, bulls and many, many cows compete for space on every street.  I cannot believe my feet haven’t been run over during one of our walks through the streets.  Everything passes by just inches or less away from each other.

Yet, Varanasi is a holy and peaceful place despite the traffic.  It is where many Hindus come to bathe in the holy waters of the River Ganges.  There are temples everywhere, and “ghats” along the river.  These are places where one can descend the steps into the muddy water.  Cremations happen along this portion of the river 24 hours a day.  According to Hindu beliefs, the body is cremated so it can leave behind all earthly ties and be free from the cycle of death and rebirth.
[metaslider id=432]
The west side of the Ganges is considered holy, so all of the development is on this side.  The entire river is considered sacred, from the Himalayas to the Bay of Bengal, but Varanasi is the only place where the river flows north, making it particularly special.
We enjoyed both a sunset and a sunrise cruise on the river, and also witnessed a daily ritual honoring the goddess Ganga.
To be in this mystical city and witness devout Hindus taking part in sacred rituals has been a privilege and an experience I will never forget.

END_OF_DOCUMENT_TOKEN_TO_BE_REPLACED

Today (July 30), we are one week into our two-week tour.  We left the hotel in Varanasi this morning at…

We traveled from Agra (home of the Taj Mahal) to the village of Orchha by train.  Indian Railways, I learned,…