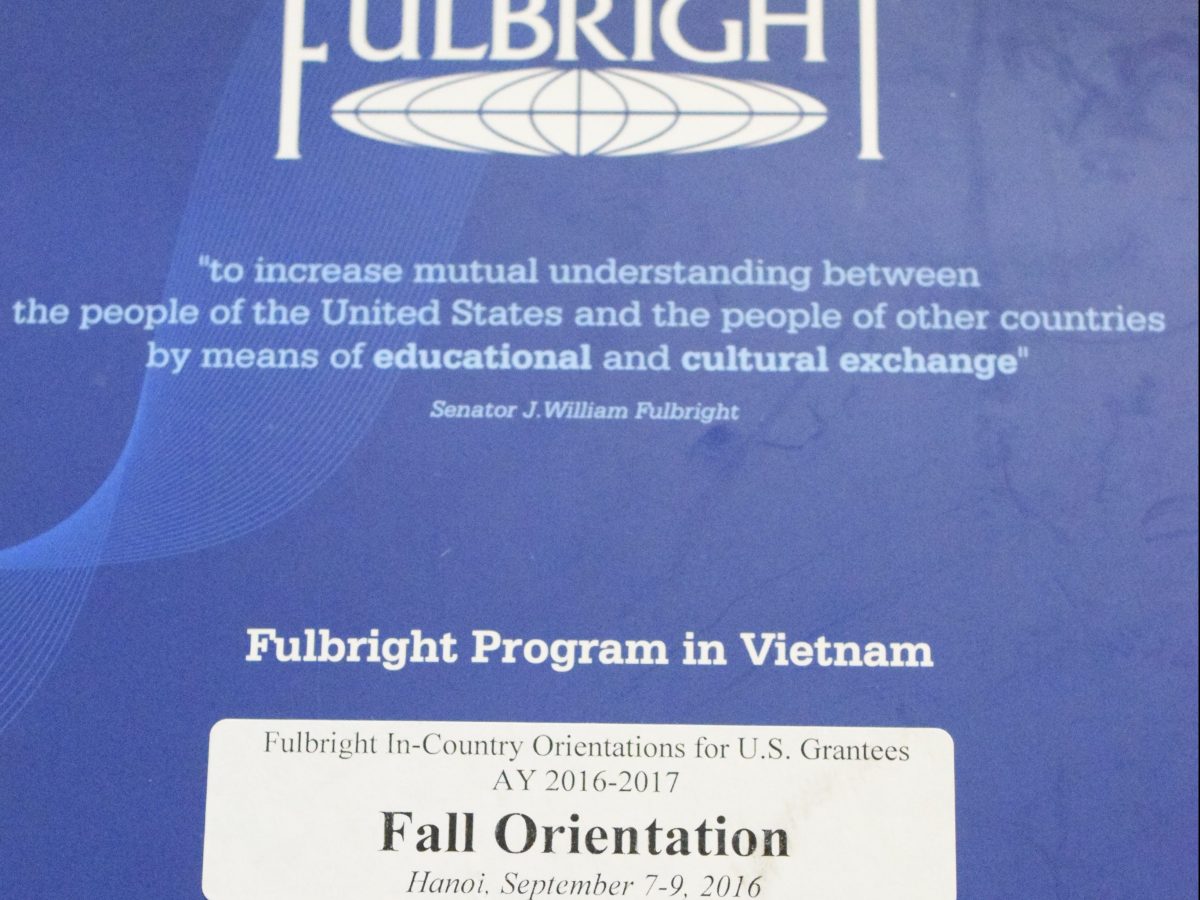 This past week, I spent four days with a group of eight Fulbright scholars and students who are conducting research at various locations in Vietnam.  The US Embassy in Hanoi organized an orientation for us which began at the luxurious JW Marriott in Hanoi and culminated in an excursion to the mountains several hours from the capital.  Six of the eight Fulbrighters have been to Vietnam before, a few speak Vietnamese, two are Vietnamese Americans.  They are studying areas such as public health, mental health, teacher training, anthropology, history, business and political science.  They come from all ages and backgrounds but share an interest in and passion for Vietnam.  Most are staying one school year in Vietnam.  Although we are all working on independent projects in different locations, it is nice to make these connections so that we can keep in contact and support each other during our time here.

Our orientation has been packed with practical information (keep moving forward when crossing the street), security advisories (assume you are being monitored at all times), safety tips (watch out for vehicles on sidewalks) and much more.  Here’s a few of the things I learned.

We also learned a lot about the education system in Vietnam which I will be writing about throughout my time here.  More in my next post about what we did during our free time, but you can catch a glimpse on my Instagram feed!

END_OF_DOCUMENT_TOKEN_TO_BE_REPLACED

I’ve been hearing about Vietnam Teachers’ Day ever since I arrived here, so I knew it was a big deal.…