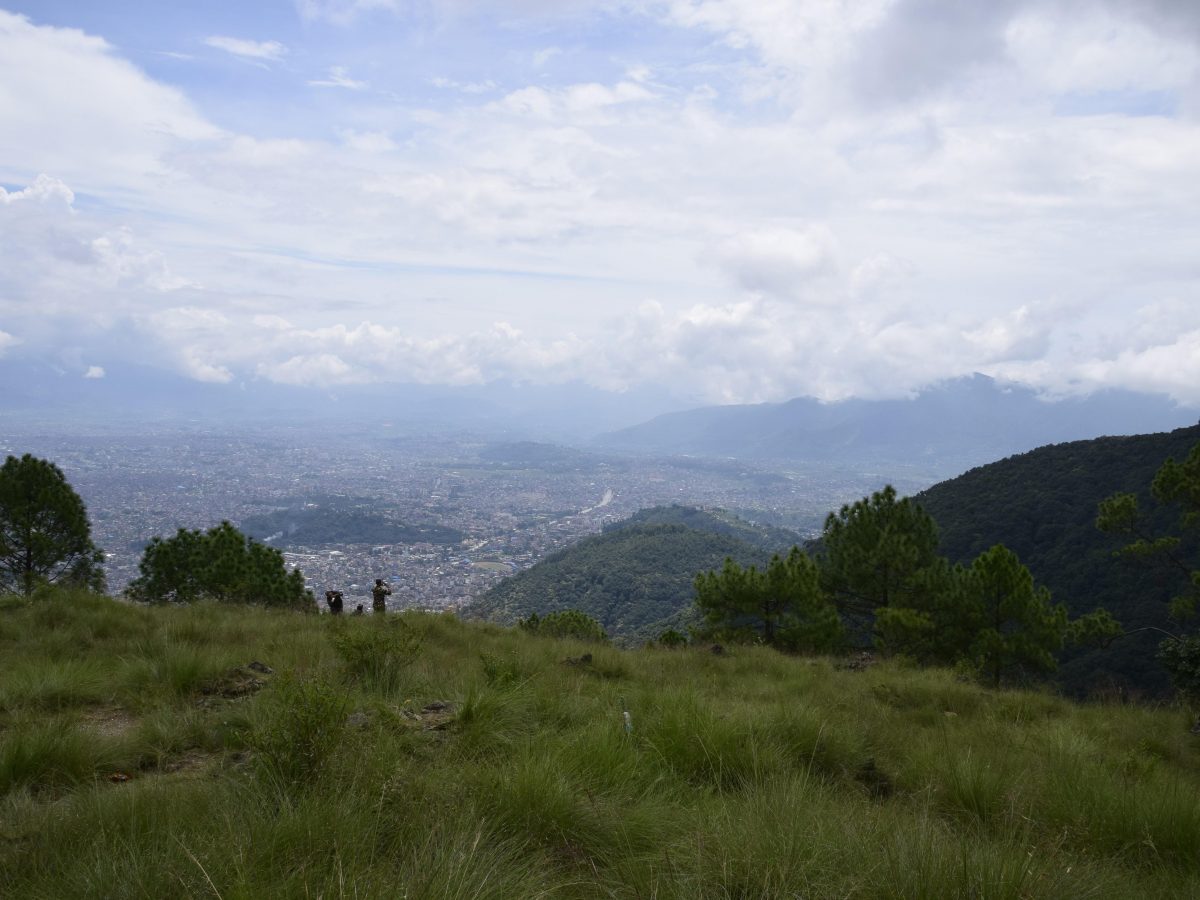 I finally did get out of the city on Monday, my last full day in Nepal.  The manager of the Social Development Center, Shankar Neupane, also runs his own tour and trekking business.  He took me on a four-five-hour hike up a mountain in a national park in Kathmandu Valley.

It was a steep five-kilometer hike up stairs and paths, and mostly wooded.  As I write this, literally flying over the Atlantic, I can still feel the soar muscles in my legs.  It’s a good feeling, though.  I was so happy to finally be taking a hike in the Himalayas after being here for so long.

There were mosquitoes to deal with, but they really didn’t bother me if I kept moving.  Then there were the leeches.  These worm-like creatures seemed to pop out of nowhere as we approached the summit.  At one point, I was pulling them off of my shoes every one or two minutes.  You have to pull on them hard; it feels as if you will tear them in half, but they eventually let go.  As hard as I tried, I could not stop thinking about that scene from the movie Stand by Me where the boys discover leeches all over their bodies.  At the top, I found three of them inside my shoes attached to my socks.  They do not carry diseases, but will itch if they bite.

There were spectacular views of Kathmandu Valley from the summit.

There was also a Buddhist monastery there and one building that was partially destroyed by the earthquake.  Prayer flags were everywhere.

It was a great way to finish my time in Nepal.  I returned to my hotel exhausted.  I had one more visit with the kids on Tuesday morning before flying off.  They told me that they had done this same hike and several of them ran down the mountain.  I could not have kept up with them.
Nepal has left a lasting impression on me and I expect to return someday.

END_OF_DOCUMENT_TOKEN_TO_BE_REPLACED

In my class, we read the story of Iqbal Masih, a child carpet worker in Pakistan who escaped and became…

I couldn't leave Nepal without writing another post about the amazing time I spent at the Social Development Center. I…

Two weeks ago, I attended a four-day orientation for the Fulbright program in Washington, D.C.  The orientation really helped me…