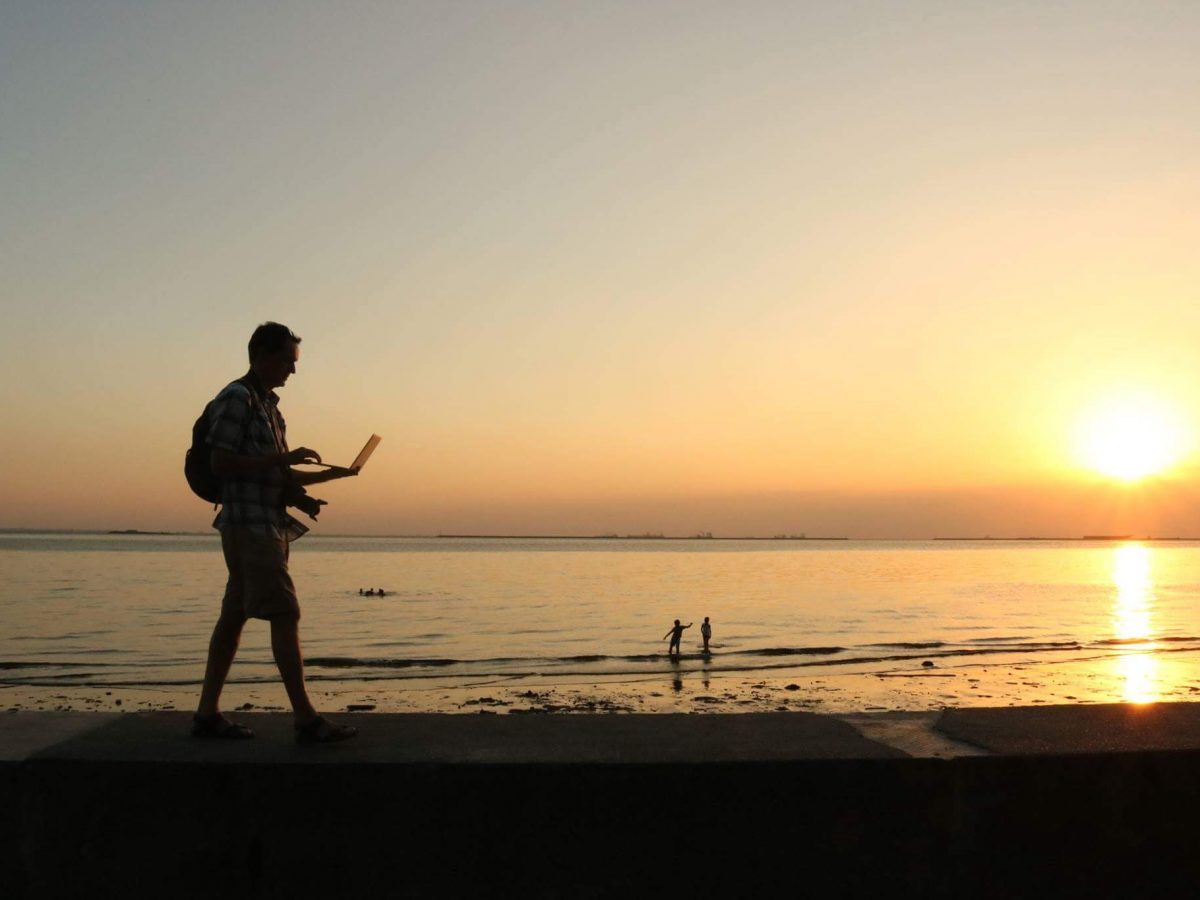 My brief career as a model began with a meeting at a Starbucks in the old walled neighborhood known as Intramuros in Manila.  I was a little nervous, wondering if I’d be able to pull this off, but I knew I was in good hands.

I got to know BJ (Bien Joshua) on a photo walk in Manila shortly after I arrived in the Philippines.  We have kept in touch through social media and he asked if on my way through Manila I could help him with a project he was working on for his digital media class.  I did not hesitate to say yes.

BJ is 18 and is in his second year towards earning his degree in multimedia arts at a university on the outskirts of Manila.  He is pursuing his dream of having a career in multimedia arts.  When he started the program, he did not own a camera and borrowed one for his projects, but recently he was able to purchase one.  Despite the pressure of completing the many projects required for his classes and the constant worry for him and his family to make tuition payments, BJ has a positive attitude and works extremely hard.

This project focused on presenting the daily life of a subject.  BJ had asked me what my interests were and, based on my answers, planned an afternoon of shooting at several locations.  We walked all afternoon, moving to different locations in and around Intramuros.  It was a great chance for me to see some sites I hadn’t seen before.

After eating, we walked for about a half hour to the National Library.  It was BJ’s first time there, and we were both surprised by the experience.  The plan was to shoot me reading between stacks of books, but we were worried that photography would not be allowed, so we had to be discreet about it.

The library was under renovation and looked more like an abandoned building than a library.  We were told by the guard to go to the second floor for a pass.  After logging in on a computer and setting up an account, our pictures were taken and we were allowed to enter a room that actually had books in it.

It wasn’t as simple as walking between the stacks and taking some shots.  We weren’t allowed to browse, but had to use the online card catalog to find a specific title before going near the books.  BJ found an appropriate book, “1000 Photography Tips.”  We had to take a picture of the screen showing the call number, title and location before being helped.  Finally, we had everything we needed and were sent to the “rare books” section upstairs.

Another librarian was there in a large room filled with books, but not accessible to visitors.  I had to sign in, leave an ID and fill out a form in order to finally get the book we were “looking for.”

We still had no access to the stacks, so we sat at a table with a bookshelf behind me so BJ could do his work.  It was easy to sit and read while he shot away, and luckily the clicking of his camera did not draw unwanted attention from the librarian.

Our final stop was Manila Bay.  BJ had an interesting point-of-view shot planned, but we had trouble executing it.  In the end, he took some silhouette shots of me holding my computer.  The sun was setting and the local street children were swimming in the bay while people walked up and down the sidewalk.

Despite the great time I had with BJ, I don’t think I’ll be pursuing a modeling career.  One day was enough for me.  I was glad to see some new sights in Manila but the best part was getting to know BJ and learning about his dreams to work in multimedia arts and travel the world.  He is a humble, kind and extremely mature young man.  I have great confidence that he will be successful and hope to see him again during our travels.

END_OF_DOCUMENT_TOKEN_TO_BE_REPLACED

I’ve ridden in dozens of different types of vehicles over the past year.  Each country has its own system of…