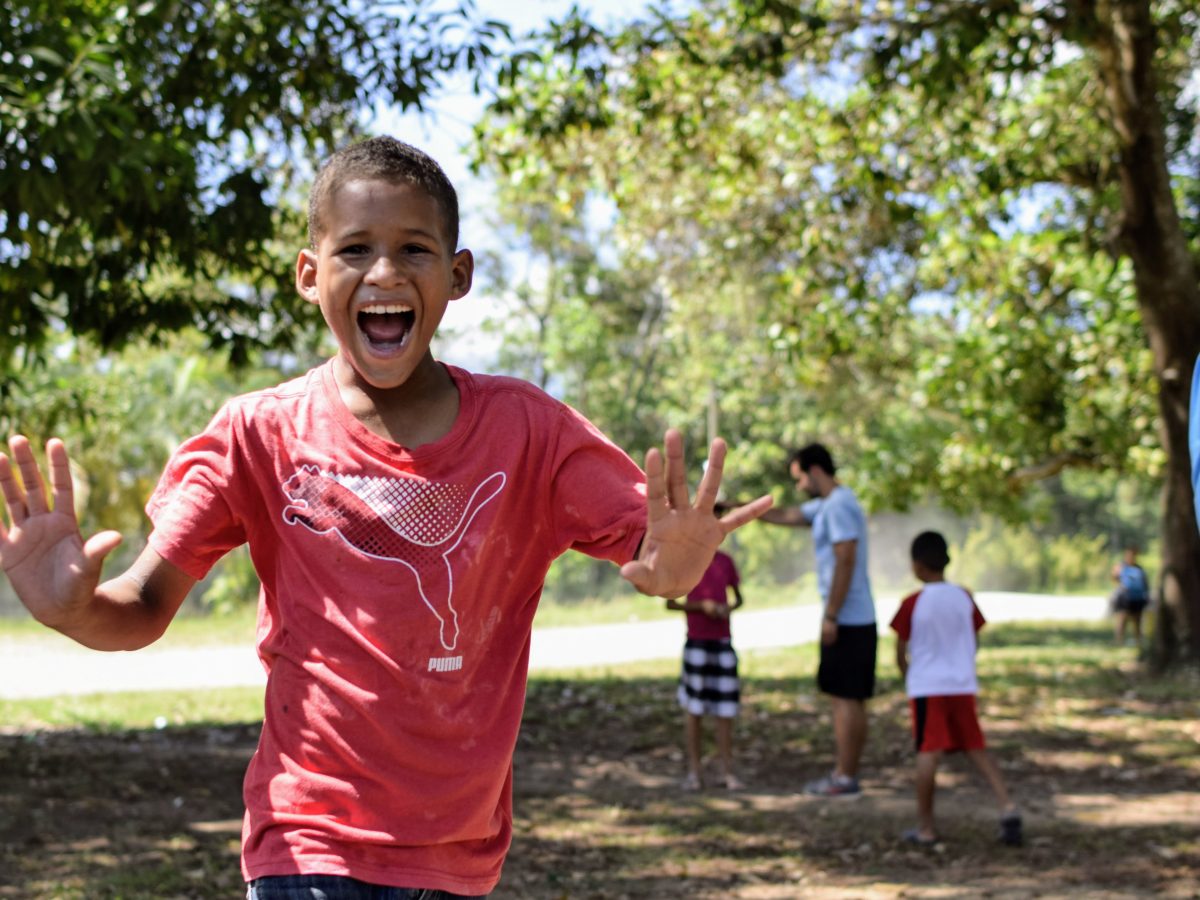 Last Friday, we canceled all of our regular classes and worked with a visiting organization to hand out shoes to the children of El Porvenir.  Soles4Souls is a nonprofit enterprise “committed to fighting poverty through the collection and distribution of shoes and clothing.”  According to their website, they have distributed 26 million pairs of shoes in 127 countries and all 50 US states.  This was their second time coming to El Porvenir.

Soles4Souls brings teams of volunteers with their own staff to help distribute the shoes.  They have a well-organized system to make sure the shoes get to those who really need them.  Each of us was assigned a job and worked alongside the Soles4Souls volunteers.  The greeters met children and families as they arrived and directed them to the line.

Other volunteers helped to measure the children’s feet.  More were waiting to bring the children into the fitting area which was set up like a shoe store.  Once seated in a chair across from a volunteer, the runners would bring the correct size over.  Next, there were more volunteers outside ready to hand out small gifts (stickers, bubbles, balloons) to the children as they left.  Finally, volunteers with Sharpies in hand helped the children decorate their new shoes.  I was assigned to be one of the photographers.

I took over 700 pictures on Friday.  It was an amazing event and everyone had fun.  Many children showed up two hours before we began distributing shoes and stayed all day.  They mostly just wanted to play with the volunteers.  Here are some of the photos to give you an idea of the day which was filled with positive energy and lots of smiles.

END_OF_DOCUMENT_TOKEN_TO_BE_REPLACED

“Manos arriba!”  (“Hands up!”) This is the command given in every class for the beginning of the immersion (English only)…

Frida The Frida Kahlo Museum is the place to visit in this section of the city. The museum is located…