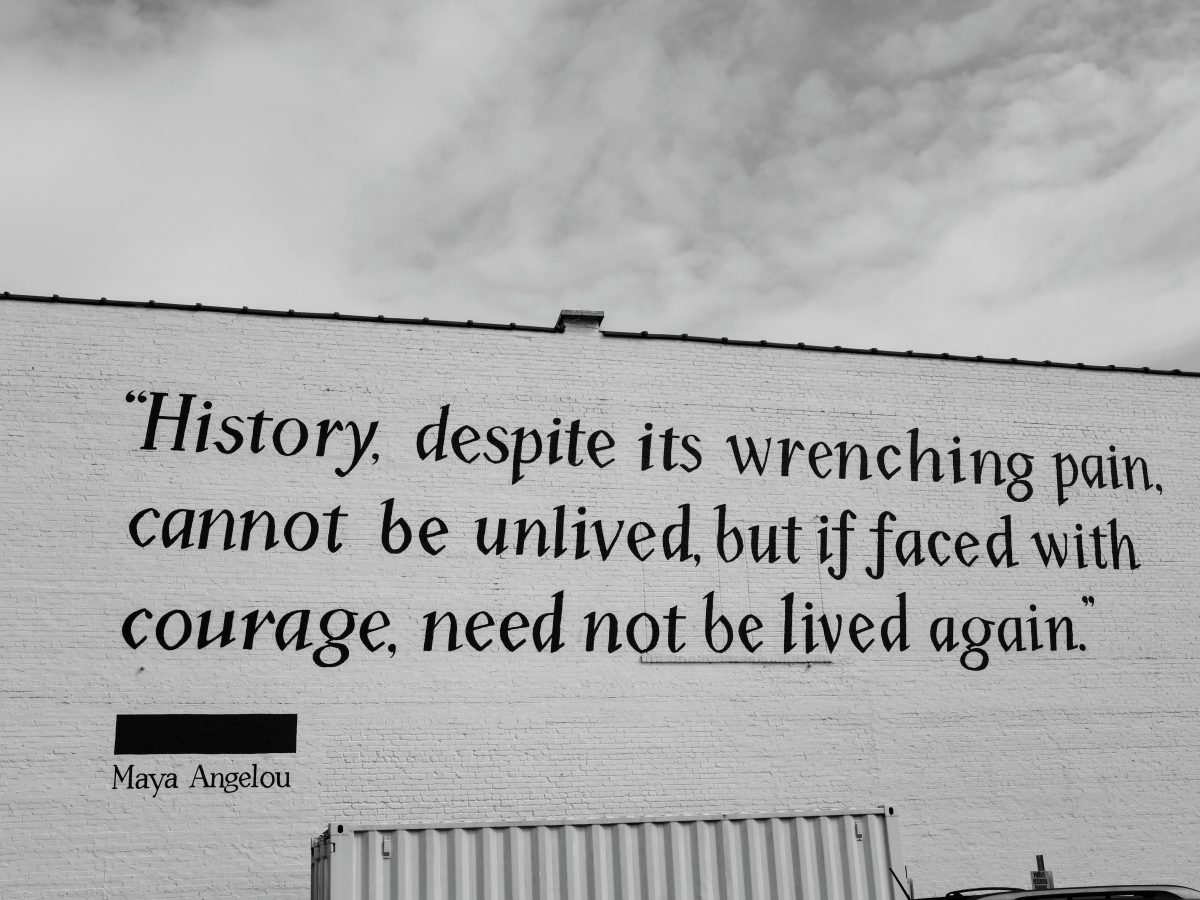 a visit to the Legacy Museum in Montgomery

My visit to the Legacy Museum and the National Memorial for Peace and Justice left me speechless. I can only say that this is a must-visit museum for all Americans. History comes alive and confronts you. The progression from slavery to mass incarceration for Black Americans becomes clear. No detail is spared.

In this post, I will focus on the Legacy Museum. Taking photos is not permitted inside the museum, but I’ll do my best to describe what I experienced and learned.

The visit starts with videos and information about the slave trade in the South. When the Transatlantic slave trade was abolished in 1807, domestic trafficking of enslaved people exploded. Alabama’s slave population grew from about 40,000 in 1820 to 435,000 in 1860, and Montgomery was one of the largest slave trading centers in the country. At one point, nearly two out of every three residents in Montgomery were enslaved

From the entrance, I descended a dimly lit ramp to a row of cells. The museum is built at the site of a former slave warehouse, and the cells depict where the enslaved people were held before being brought out to be sold. Each cell had a hologram of an enslaved Black person telling their story. A mother pleaded to be reunited with her children, a man related the unspeakable horrors he had been through, a woman sang a beautiful and sad hymn of the realization that we would never hear her voice again.

Selling was worse than flogging. My husband was sold six years ago. My heart has bled ever since and is not well yet. I have been flogged many times, since he was torn from me, but my back has healed in time.

The next room was an enormous space filled with information and interactive displays in every direction. I spent several hours exploring this room alone. Gradually, more and more people entered, including school groups, but the mood was somber and respectful. Some visitors sat and quietly wept. In every direction was the story and artifacts of racism.

I learned of the extent to which slavery was defended by legal, political, religious, and scientific institutions. I learned that the narrative of racial inferiority might not be as openly espoused today, but it persists. I was in awe of the many stories of enslaved people who themselves persisted both quietly and through armed rebellion against slavery. One wall was covered with hundreds of notices announcing the sale of people or offering rewards for runaway slaves.

Slavery is the next thing to hell.

The end of slavery did not bring freedom, it brought terror. Lynchings of African Americans became a public spectacle in many places in the South. No one was held accountable for these murders. In fact, lynchings were often advertised and attended by hundreds or thousands of spectators.

Tell my people to go west. There is no justice for them here.

Thomas Moss, last words before he was lynched in Memphis, Tennessee, 1892

With little to no assistance from the Federal government, formerly enslaved people depended on sharecropping to earn a living, living much as they did when they were enslaved. Convict leasing was another way to re-enslave African Americans. African American prisoners, including children, were sold to private citizens to work, often to death. Governments profited from this arrangement.

I will share more about this topic in my next post about my visit to the National Memorial for Peace and Justice.

In one section, I turned to see dozens of Jim Crow era segregation signs. One example: “No dogs, Negroes, Mexicans.” Another wall displayed laws passed to limit the rights of African Americans. For example, in North Carolina, textbooks for white and black children were required to be stored separately. White political leaders and citizens vowed to keep segregation forever. According to many, it was a way of life that could never be changed.

In the museum, I watched marches, listened to speeches by Martin Luther King, learned of countless heroes and organizations of the Civil Rights Movement, and the line from slavery to terror to segregation became even more visible.

A popular area of the exhibit was the “visiting room” of the prison. Four old-fashioned phones hung at a booth, with a video display on the other side. I picked up a phone and listened and watch while, on the other side of the screen, currently incarcerated people told their stories. Real people spoke of the injustices they experience in our criminal justice system. Beside me were students I recognized from my flight from Providence to Atlanta. They were on a Civil Rights tour and stood there mesmerized by the voices on the other ends of the phone lines.

The U.S. has 5% of the world’s population but nearly 25% of its incarcerated population.

To the side of the booth I noticed the visitation rules, which included a restriction of brightly colored clothing (including for infants) and the announcement that visitors may need to wait unprotected for long periods of time and without access to restrooms.

African Americans are six times more likely to be sentenced to prison for the same crimes as a white person.

Another wall was filled with letters from prisoners pleading for help with their cases, some of them imprisoned decades ago as teenagers. The Equal Justice Initiative works to help those who are incarcerated in an unjust system.

One in three Black males born today can expect to spend time in prison during his lifetime.

The museum tells the story “From Enslavement to Mass Incarceration” with such meticulous research and detail. The long struggle of Black people for freedom has never been clearer to me.

END_OF_DOCUMENT_TOKEN_TO_BE_REPLACED

Here is an article I wrote that was published on the blog of Fund for Teachers. Why are US schools,…

But, I read it on the Internet, it has to be true!

Have I ever been fooled by information online?  I don't have to think too far back to find an example.…