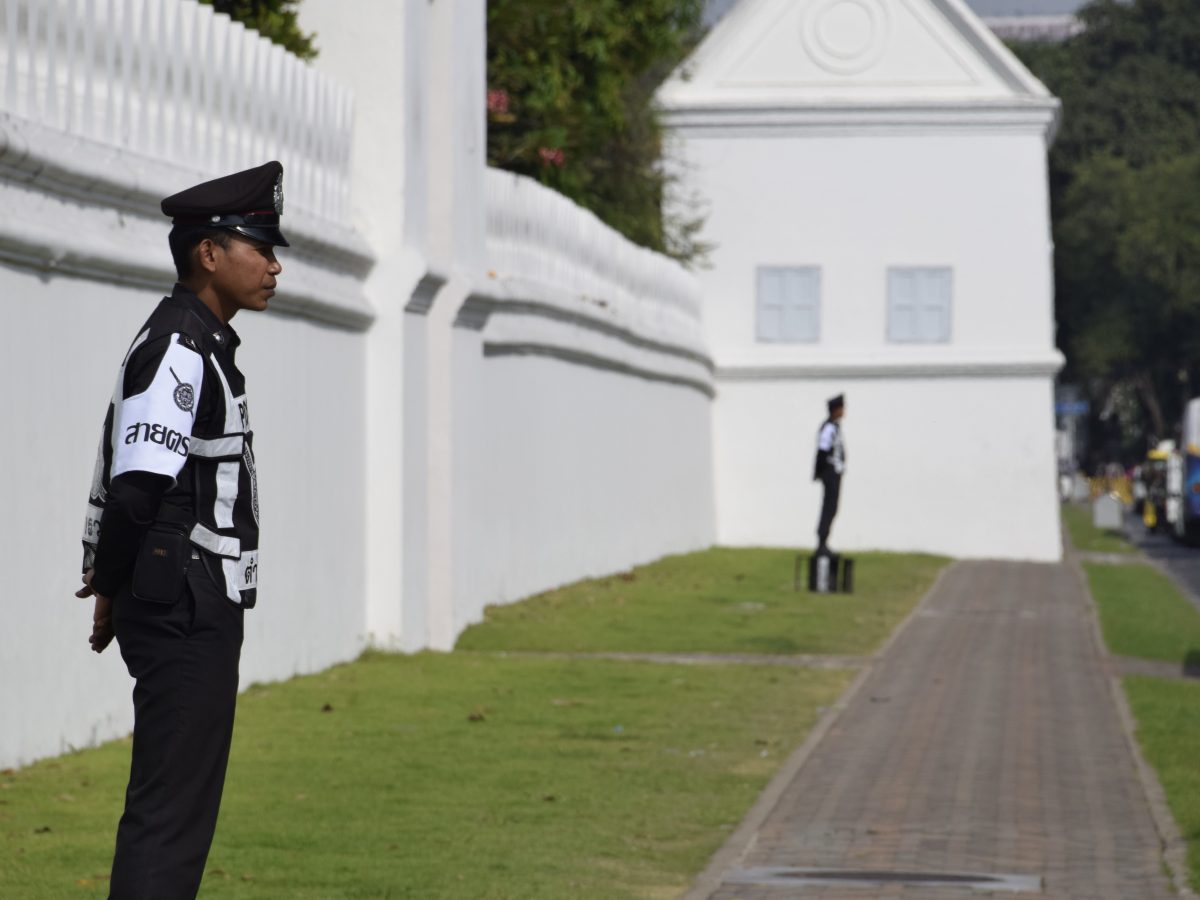 I had twenty-four hours notice to leave the country.  For reasons I’ll never understand, my visa extension was denied by the authorities and leaving and reentering Vietnam was the only way to avoid hefty fines (or worse) for overstaying my visa.

Bangkok was calling me

So last Friday I flew to Bangkok for a visa run.  I stayed for four days even though I received the official letter of return just a few hours after leaving Vietnam.  I figured there was no point in hopping on a plane and turning around without seeing something of Thailand.  I’m glad I stayed.

One of the first things I noticed about Bangkok was the number of tourists.  I’ve heard that Bangkok is the most visited city in the world by tourists.  It seemed that half the people I encountered were travelers.  Because of this, getting around and finding things to do was incredibly easy.

Another early observation was the image of King Bhumibol Adulyadej that was everywhere.  The king passed away on October 13 after 70 years as monarch.  It is difficult to truly understand the relationship Thai people have with their king, but from what I understand Bhumibol was loved by everyone.  The country is in an official state of mourning for one year and most Thais wear black every day.  Outside of every shopping center is a huge billboard-sized poster of the king set upon an altar with flowers surrounding it.  These homages are also found in parks, inside buildings, at the market, in metro stations, everywhere.  Newspapers and magazines still run full-page remembrances of the king.    Even ATM machines have his image on the screen before you insert your card.

Despite the period of mourning, the country is open for business.  I enjoyed visits to temples, markets, historical sites, museums and lots of delicious street food.

I’ve heard from seasoned Southeast Asia travelers that Bangkok is not necessarily worth a visit.  In fact, some have said to skip Thailand altogether and spend time in countries that are currently not as touristy (Myanmar, Laos).  I am so glad I had this unexpected trip to Bangkok and even hope to return later in my travels.

The bridge over the River Kwai

13,000 POWs and up to 100,000 civilians died working on the bridge and railroad for the Japanese during WWII.

The film version is great, but is mostly fiction.

Today the bridge and railroad are tourist attractions.

Monks are not allowed to touch others, so it’s important to leave a seat empty next to one.

Water taxis are a cheap and easy way to get around Bangkok’s canals and rivers.

The awning comes up as the boat speeds up – water splashes everywhere.

This reminder was seen in several places.

This reminder was in a temple.

Wat Pho – the temple that houses a large reclining Buddah

A Country in Mourning

Streets were closed off and mourners were everywhere.

People are dressed in black all over Thailand, not just at the palace.

As I walked around the closed streets surrounding the palace, I found hundreds, maybe thousands, of people waiting patiently in long lines for a chance to enter the palace grounds and visit the King’s body.  Tents were set up for blocks and blocks with people handing out free water, drinks and food to the mourners.  Some visitors waited all day to enter the palace, and based on the traditional dress many were wearing, I imagine they came from long distances.  Here’s what I witnessed as I wandered around the outskirts of the palace.

END_OF_DOCUMENT_TOKEN_TO_BE_REPLACED

If you don’t read any further, just watch this 13-second video of 10th graders reacting to your comments on the…

I ended my time in Central America with a five-day trip to Guatemala.  I wanted to see a different culture…