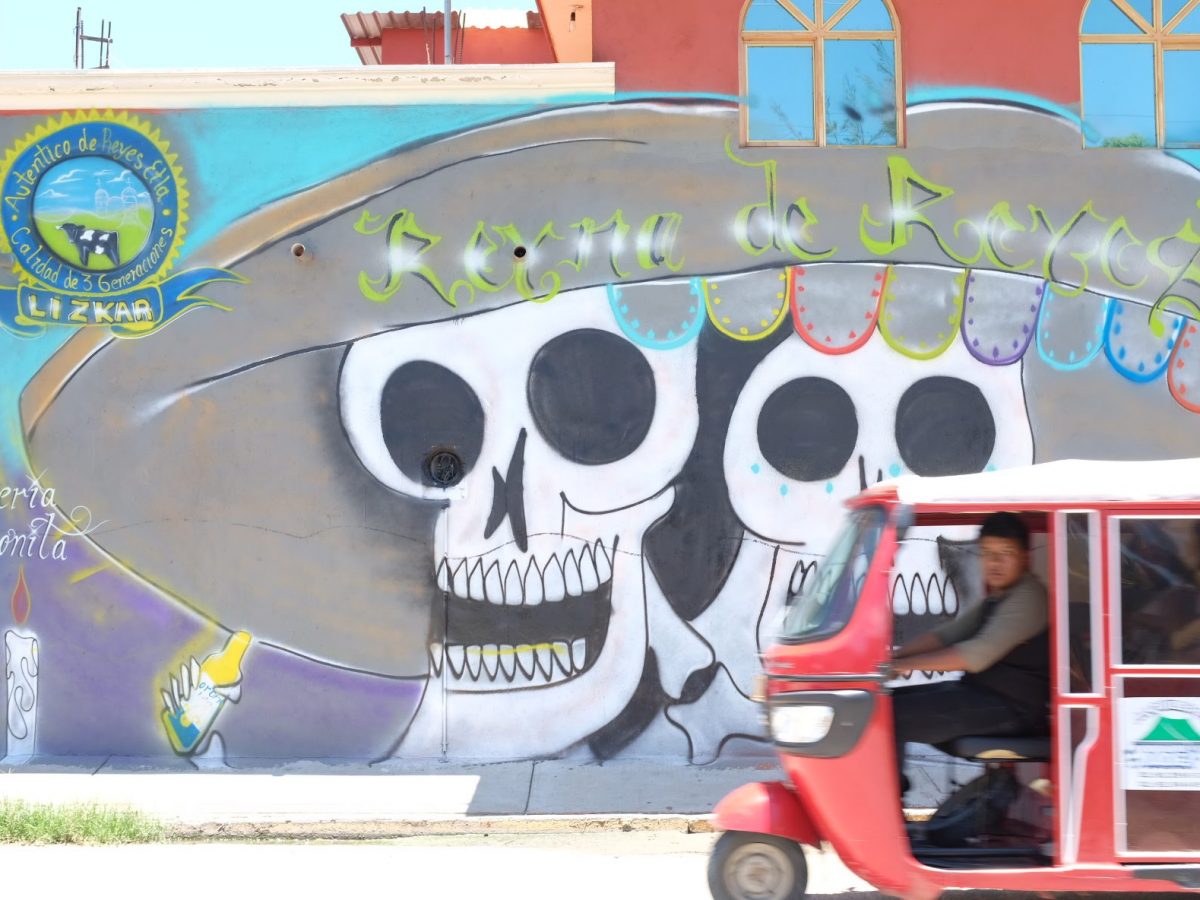 With a wave of his hand, it was clear the man who had just paid for my bus fare would not accept any money from me. I had been trying to reach Mexicable, an air tram that carries commuters over hillside neighborhoods north of Mexico City. After doing a bit of research, I knew it was possible to get there cheaply by subway and bus instead of paying for an Uber. When I reached the end of the metro line and exited into a sea of buses, I realized it might not be so easy.

I finally found the right bus thanks to a policewoman who gave me specific directions.  I hopped on and realized I would need a “,” a transit card with money loaded onto it. Since the cards cost a few dollars and the bus fare is just three pesos (15 cents), the driver recommended I ask a passenger to borrow their card, swipe it, and pay them in coins. The man in the front seat lent me his card, I tapped it against the reader, and it showed a balance of zero. Three cards later, he finally found one with just enough to pay my fare. As I offered to pay him the three pesos, he waved me away.

How much is a peso worth?

It turned out I would need a card to enter the Mexicable station as well. No problem, this time a policeman lent me his card, and he did accept the seven pesos payment from me. After my “flight” as the policeman called it, I boarded the bus back to the metro with confidence, knowing that I could just borrow a card from someone and pay them. Before I could ask, a young man in the front seat offered me his card. I dropped five pesos into his hand and thanked him, but as I found my way to the back of the bus, the woman next to him called back, “It only costs three pesos. You gave him too much.” I told her not to worry about it. Clearly, every peso is valuable to the workers here.

So why did I go to a commuter cable in the poor neighborhoods north of the city? It’s definitely not a tourist site. One reason was to see the murals painted throughout the neighborhoods visible to riders as they pass over. Another reason, as with most of my travels, was to go somewhere where I wouldn’t see another tourist and have conversations with Mexicans. I enjoyed the brief interactions I had with the several people who helped me along the way. During part of my cable ride, I was joined by a young professional “” player from Mexico’s Pachuca team. He told me about the neighborhoods we were passing over, made sure I knew how to get back to the city, and thanked me for visiting the place where he grew up. Flying over the murals, talking with strangers, and feeling welcome and safe every step of the way – that is the Mexico I will remember from this day.

Plazas, parks, and fountains are everywhere in Mexico City. Here are a few scenes from my first two days.

END_OF_DOCUMENT_TOKEN_TO_BE_REPLACED

Walking through the narrow tunnels inside the world’s largest pyramid, I encountered a group of American tourists. As I meandered…

Thanks to the Transatlantic Outreach Program and the Fulbright fellowship I participated in, I’ve been able to bring many lessons…

My love affair with Mexico continues, this time in Oaxaca (WA-há-CA), the capital of Oaxaca state in the southern part…