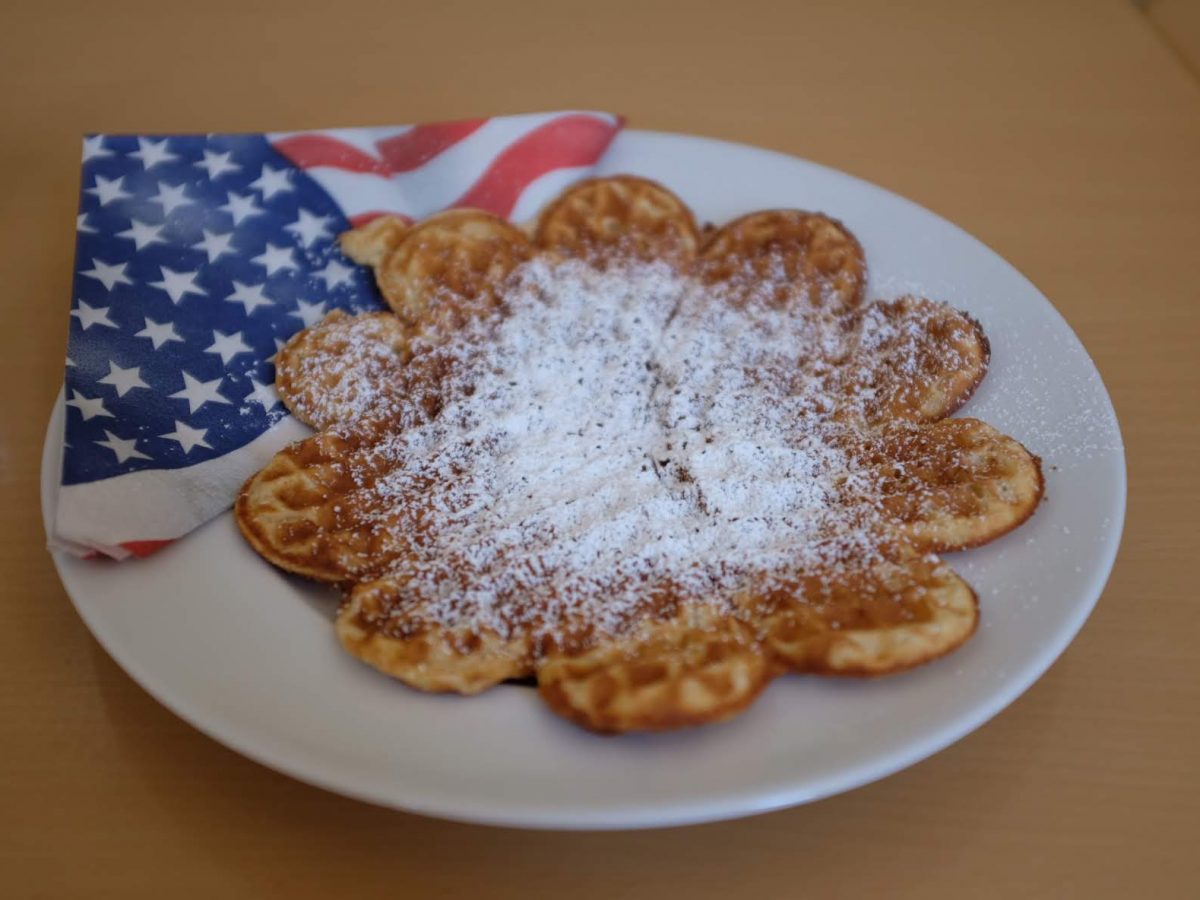 One of the privileges of participating in this TOP Tour in Germany is having access to people, places, and stories we would not ordinarily encounter on our own. Twice this week we have heard stories from immigrants and refugees who are now living in Germany. I cannot adequately convey the power of their stories here, but I will share a few moments that have moved me and my fellow TOP travelers. (Student names have been changed to protect their privacy.)

The students stood in pairs and introduced themselves. They were shy at first, except for the 12-year-old boy from Ethiopia with the infectious smile. He was taller than the rest of the kids and encouraged the others to introduce themselves. These students are part of the SPRINT program at the Jakob Stoll Realschule in Würzburg. The program is designed to help students who are immigrants and refugees integrate into the school and community. These students were already speaking German with confidence and many spoke enough English to introduce themselves and share their stories.

The students come from places as varied as Syria, Afghanistan, Ethiopia, Eritrea, Brazil, Singapore, Somalia, and Sri Lanka. Some have come to Germany with their families, while others have come alone. They made the decision to leave their countries for many reasons. Ahmed said the moment his family finally decided to leave war-torn Syria was when he was shot in the leg by a stray bullet. Others have come because their parents could not find work in their home country.

Some students arrived in Germany on a plane, but many spoke of a long and perilous journey. One boy said his family walked here from Afghanistan. Sayid told a harrowing tale of his trip from Syria. He was just 12 when his older brother decided to flee to Europe. His father allowed him to go even though his parents would stay behind. Armed with knives for protection, they walked, took buses, boats, and paid smugglers to reach Europe. The worst part of the journey was in Hungary. When their group of ten was split into two taxis by smugglers, one group was robbed of all of their belongings. Sayid’s group, however, was safe since the driver could not overpower them. He and his brother hid in forests from the Hungarian police and eventually reached the safety of Germany.

For those who hadn’t cried yet, there were tears when Sayid thanked his German teacher for all she had done for him. This teacher has helped families find housing, supported students who are struggling to adapt, and has gone above and beyond in helping these students participate fully in the school and community. Something as simple as a field trip can be a big problem for a refugee student, especially when it involves crossing borders. The love and gratitude this teenage boy expressed for his teacher was heartwarming.

The mood lightened when Thiago, from Brazil, talked about life in Germany. “The only thing I don’t like here is the people,” he said as he stood in a room full of his teachers and the American visitors. We all laughed, though his German teachers reminded him his grades were not complete yet. He went on to explain that he felt the people in Germany were too serious compared to Brazilians, though he seemed to be integrating very well judging by his expertise in German, English and the admiration of his classmates. He had us laughing again when he shared a few choice words about Germany’s soccer team which had already been eliminated from the World Cup.

At lunch, one of the three German students who had accompanied us throughout the day told me she liked having the refugee and immigrant students at her school. She said the German students learned a lot from them and that integrating them into the school was good for everyone. I couldn’t agree more.

Our second meeting with refugees came a few days later. More on that in a future post. I will also have a lot to write about what I’ve learned about the German education system. In the meantime, here are some photos from our day at Jakob Stoll School. There are no photos of children who are refugees to protect their identity.

END_OF_DOCUMENT_TOKEN_TO_BE_REPLACED

I’ve had the chance to meet with students and teachers at three German schools during this TOP Tour. I’ve learned…

Seeing in the Dark

I felt the cane pushing between my feet and the wall in front of me. I heard cars honking and…

"This is not my beautiful wife"

My friend, Vicky Ann, arrived with the rain and cooler temperatures.  It would be a week before she saw the…