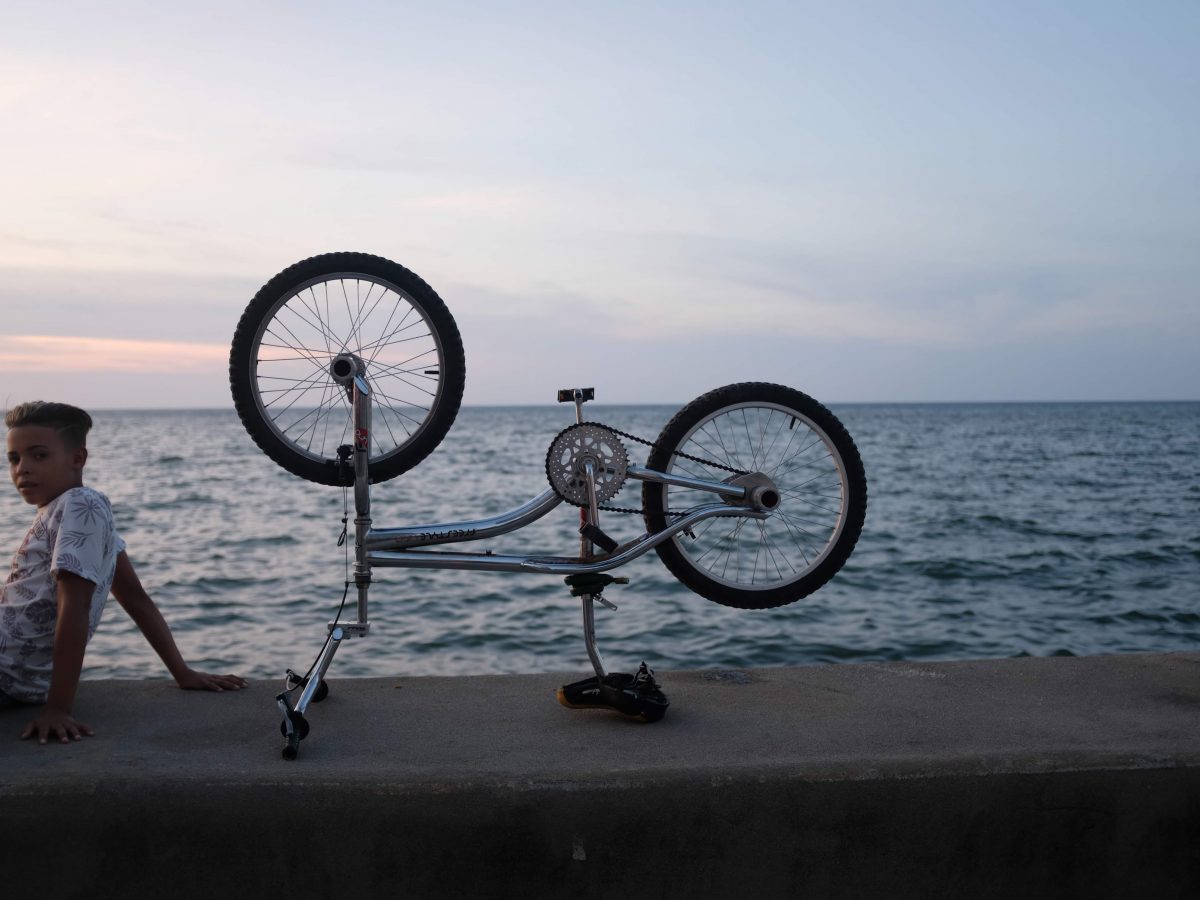 Cuba is a mystery. I was there for just two weeks and have left with many more questions than answers. I have also left with a desire to return. Not because I think I have any chance of understanding Cuba better, but because it is truly a magical place.
Sorry Brazil, I used to say you had the friendliest people on the planet, but I think Cubans have you beat. I still think some of the encounters I had must have been a dream. How can people be so friendly to strangers?

I saw US flag t-shirts and shorts everywhere, on the young and the old, on men and women. Cubans love Americans. I was often asked if I was from Spain (there are many Spanish tourists here now), and when I answered with “Los Estados Unidos,” I was always greeted with bright eyes and a handshake, sometimes even a hug, a kiss, or an invitation into a home.

It may seem like going back in time when traveling through Cuba, but Cubans are not shut off from the rest of the world. Many have relatives in the US, all watch TV shows and movies from abroad (bought on thumb drives on the black market), and they have some access to the internet. Cubans are well-informed. They are not lacking in information of the outside world, but they are lacking in goods from abroad.

I’ve written a lot about how safe I feel when I travel, but I can honestly say I’ve never felt safer anywhere than in Cuba, including the US. There is not a single street in Havana I could not walk down, day or night, and even begin to feel uneasy. Some people might approach asking for a peso, but no one ever made me feel unsafe. One reason might be because punishments are harsh. I was told more than once that the penalty for using marijuana is 30 years in jail. There is no drug problem in Cuba, so no drug crime or violence. Almost no one owns a gun. Freedoms are restricted, but that does make for a very safe place to travel.

I don’t know what I can write about Cuba because it is so complex, and my knowledge just touches the surface. Still, I’ll try to share a few posts about some of the topics I’ve explored. And there will be photos, of course.
I was lucky to participate in a photography tour with Luis Alarcon, a Spanish photographer who has been living in Cuba for twenty years. Luis was an amazing guide and teacher. He is so passionate about taking pictures, and so good at it, that I was constantly learning. He brought us to incredible places that I would never have had access to had I not been with him. He taught me about photography and about Cuba.

Our tour was organized through Locally Sourced Cuba Tours, who provided their own guide for our group of three. Javiel is a young Cuban who has never left the island, but speaks English almost like a native. Our tour would not have run so smoothly without Javiel, and I am glad to have made a new friend in Cuba.
All of this, as I’ve written before, was made possible by a grant through Fund for Teachers. This organization gives teachers up to $5000 to learn something new over the summer to bring back to their classrooms. I have learned so much that I don’t know where to begin. Writing these posts will help me to process the mystery that is Cuba.

END_OF_DOCUMENT_TOKEN_TO_BE_REPLACED

One of the first things I learned from our guide, photographer Luis Alarcon, was “Don’t ask why.” Why is the…

Even though our group had an early flight (except for the three of us who would be staying in Europe),…

I remember my first day of teaching in New Haven 33 years ago, when my classroom wasn’t ready and I…