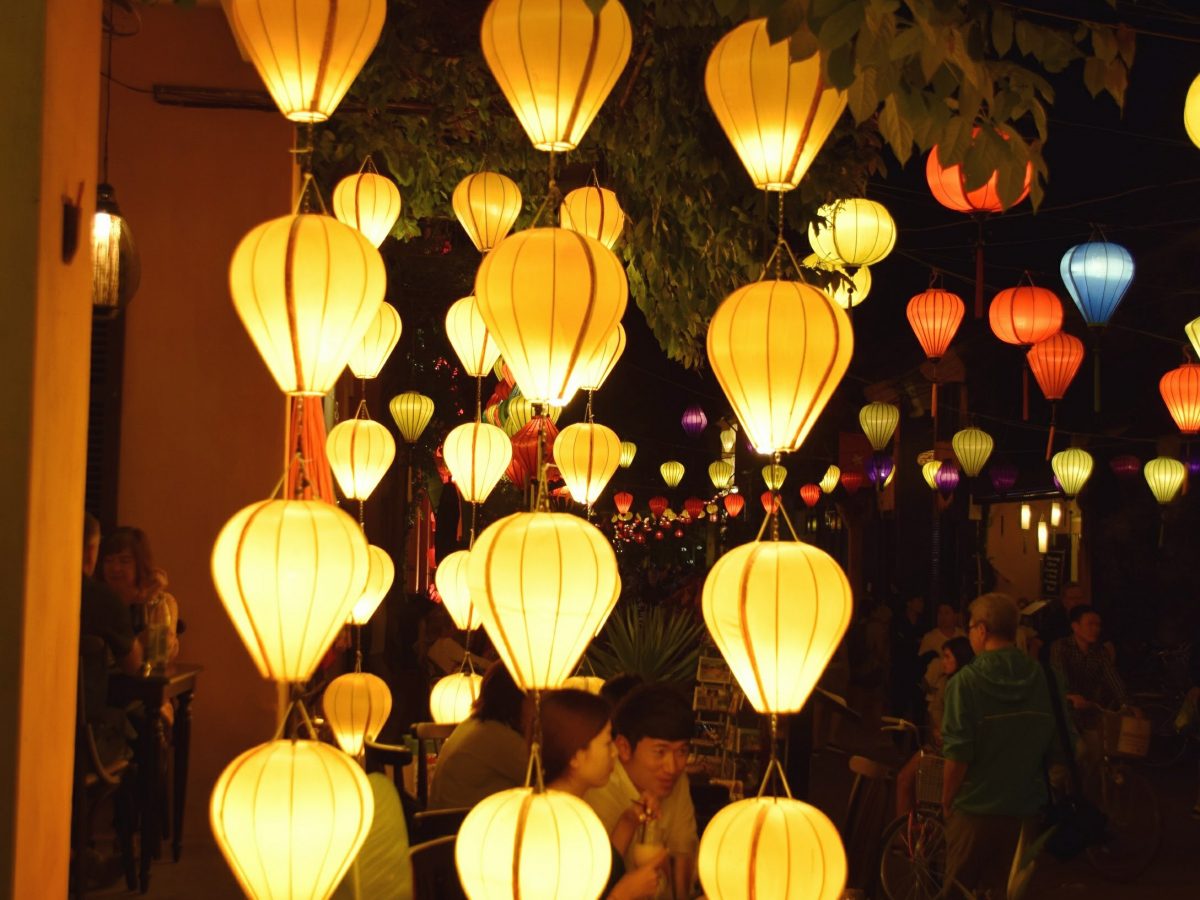 When possible, take the bus or train instead of a flight.  Walk or bike instead of taking a taxi.  Ride on a motorbike or tuk-tuk and enjoy the fresh air and smiling faces of the people you pass in the street.  Stay in a place for a week or month or three months.  Immerse yourself in the culture by volunteering or working.  Learn to live there and learn some of the language.

Whether traveling solo or with a friend or group, I quickly grow bored hopping from hotel to hotel and city to city every two-three days.  Vicky Ann and I are doing that now and after one week already felt the need to slow down.  We will continue to see as much as possible, but overall the balance of my year abroad will be spent by living for weeks or months at a time in specific places.

“This is last night’s restaurant napkin,” she said as she wiped off her glasses after a long night on the train.  Vicky Ann saves sugar packets, all of the hotel toiletries, and reuses every single plastic bag we have encountered.  As a matter of fact, she gets excited when she gets another bag from the store and already plans its use before she empties it.  She has been carrying around the empty shampoo bottle I left behind three weeks ago, just in case.  (Correction:  I’ve just been informed that the bottle is now carrying conditioner siphoned from various hotels we’ve stayed in.)

I’ve realized that I’ve become a lazy traveler in some ways.  I don’t want to save things because I think it will weigh me down, but more than once I’ve had a snack of cranberries from Connecticut, or airplane cookies collected on the journey here, or used an extra bag Vicky Ann had on her.  I did have a chuckle, however, when I caught her stuffing her used wet wipe from the restaurant back into the plastic wrapper.  “It’s perfect for wiping my feet off after the beach.”  I don’t know if I’ll ever be that resourceful, but I’m getting better thanks to my travel companion.

END_OF_DOCUMENT_TOKEN_TO_BE_REPLACED

The Fulbright program encourages its distinguished teachers to attend professional development during their time overseas, so I was grateful to…