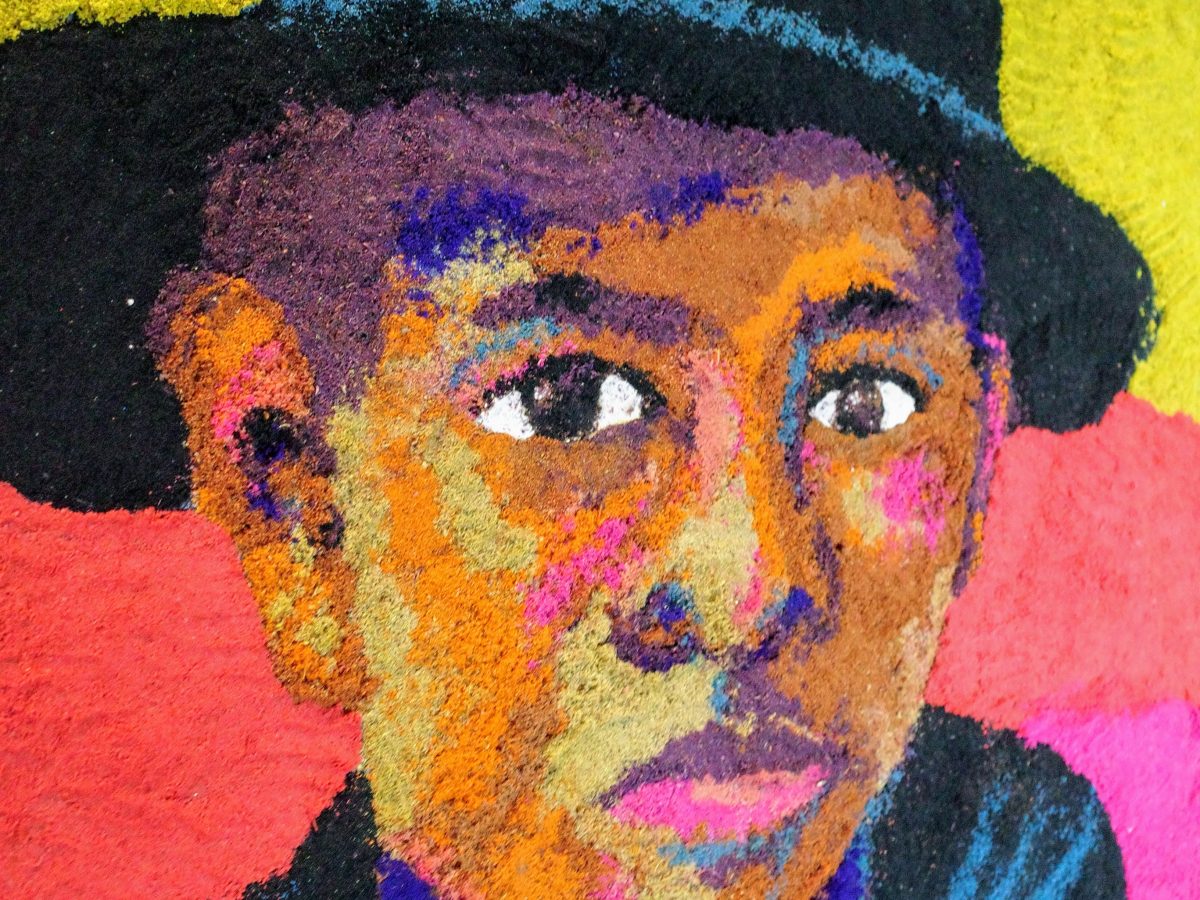 I’m impressed with how my traveling companion has picked up some Spanish and is not afraid to use it. One of the harder words to remember is “alfrombra” which means carpet. Still, she persisted, writing the word on scraps of paper and practicing until she had committed it to memory.

No, Vicky Ann is not buying carpets (though she does manage to attract a crowd of vendors wherever we walk). The alfrombras that appear on Good Friday are special ones that cover the streets just in time for the evening procession. And they are not made of wool or cotton, but from sawdust tinted in bright colors or from fruits, vegetables, flowers, and other plants typical of Guatemala. Some artists also paint directly on the pavement.

We had been heading back to our host family’s home when we saw block after block being decorated with the colorful displays. Dozens of people were on their knees in the cobblestone streets carefully packing the sawdust into templates that had been cut out of wood. Boys passed by to spray the sawdust to keep it in place. As each section was completed, the template was lifted and laid down to start a new section.

Besides her Spanish skills, Vicky Ann has quite the eye for amazing photographs, with a particular focus on men of a certain age. On one block, we were approached by a young man who had noticed Vicky Ann zooming in on a handsome elderly gentleman who was moving up and down the street checking the progress of the alfombra.

Juan Diego told us that the man was the one who was in charge of the project and that all of the people working on the carpet were from his family or volunteers (he is the nephew of the grandpa.) Every alfombra is designed and created by a family from the village. In this case, the children of the family submitted designs to the grandpa, who then chose the final design. The family finances and plans every detail of the operation.

Soon Juan Diego invited us to help create a section of the alfombra. Everything was going fine until I was distracted by Vicky Ann’s talking and accidentally put some blue sawdust where there should have been green. It was easily fixed and Juan Diego was happy to let us continue to help. The work had begun at 1:00 in the afternoon and needed to be completed by 8:00.

During the procession, which started at 9:00 pm, hundreds of people lined the narrow streets as the devoted carried huge floats depicting religious scenes. Some were carried by men and some by women. They would stop at every block for a rest before hoisting the heavy floats in the air once again.

The procession passes over the beautifully designed alfombras that had taken all day to create and a year of planning and raising funds. As soon as the procession passes, people take what they can salvage from the ground and a crew sweeps everything else up. The carpets disappear in minutes.

What we have witnessed during these Semana Santa traditions is devotion, pure devotion. There was no competition for the best alfombra, no one trying to get rich off of the events, just a community of believers honoring their God and each other and opening their hearts and minds to anyone, even two wandering souls from New England. We are both grateful for the warm and heartfelt welcome we have received everywhere in San Juan La Laguna.

END_OF_DOCUMENT_TOKEN_TO_BE_REPLACED 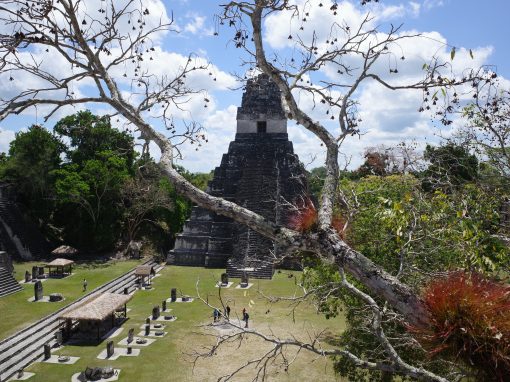 Where to now, Tim?

A guest post from Vicky Ann Okay, Tim, where are you taking me? Waiting for our shuttle driver who never…

"Something big is about to happen." Vicky Ann enjoys reminding me, through uncontrollable laughter, that I said this in church…

One of the first things I learned from our guide, photographer Luis Alarcon, was “Don’t ask why.” Why is the…