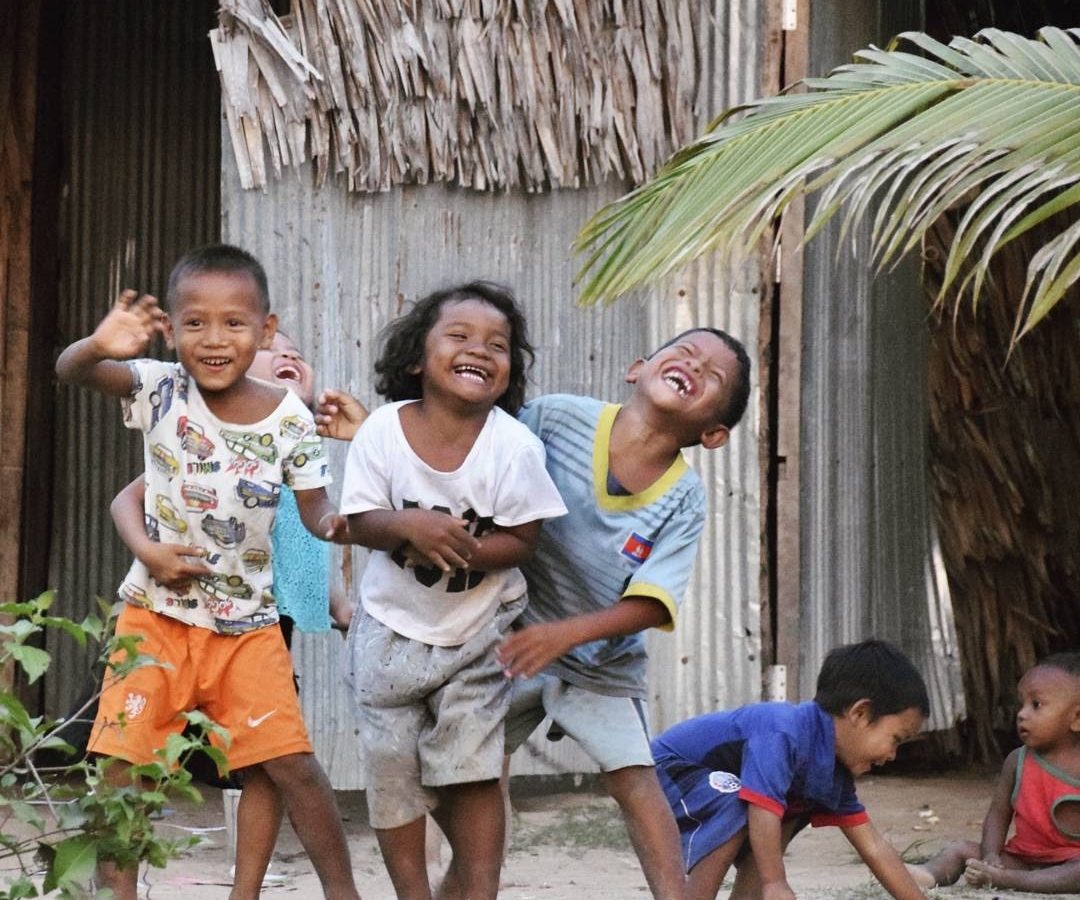 It’s hard to believe it’s been three weeks since Vicky Ann and I visited Angkor Wat, considered by many to be the number one tourist destination in Southeast Asia.  Angkor Wat is just one of hundreds of temples near the city of Siem Reap in northern Cambodia, and is the largest religious complex in the world.  The temples lie in ruins and are surrounded by beautiful jungle landscapes.  It takes days to see them all, and the hot climate makes climbing the steps of each temple an arduous task.  It can also be difficult to take it all in when surrounded by thousands of tourists from every corner of the globe wanting to do the same thing.

Still, with persistence, pacing and patience, it is definitely worth a visit.  The temples were built between the 9th and 15th centuries and it is incredible to imagine how such huge blocks of stone were moved to build the structures that have lasted centuries.  The intricate carvings are also a wonder to see.  Vicky Ann and I bought a three-day pass and ended up spending two days there.  It was just too overwhelming and exhausting to go back for a third day in a row.  As we passed from temple to temple with our trusted tuk-tuk driver, we began to lose track of which ones we had seen and which ones were new.  It was like those old cartoons from my childhood. We were Fred and Wilma Flintstone in our tuk-tuk and the background scenery just kept repeating over and over.

After several weeks, what most remains in my memory is extreme poverty of the local residents of Siem Reap.  Up to three million tourists visit Angkor Wat every year, spending large amounts on hotels, restaurants, transportation and the admission fees (which nearly doubled to $37 for a one-day pass the day after we visited).  Yet, the city of Siem Reap, has more children begging in the streets than I’ve seen in most places.  From the moment we arrived, it was clear this was one of the poorest areas of Cambodia.

It is easy to forget you’re in Cambodia while dining in the downtown “Pub Street” area which is filled with tourists eating and shopping, except for the residents of all ages, including children in wheelchairs, who move from table to table asking for money.

He was collecting something from the gully filled with mud and sewage.

Just a short distance from the temples

How is it that such a major tourist destination, which draws in hundreds of millions of dollars a year, seems to not be benefiting the local residents?  A lot has been written about this online, and there are no clear answers.  Here is a recent clip from the BBC about this very topic.

Another lasting impression left on both of us was by our favorite tuk-tuk driver, Ra.  You could not ask for a friendlier and more positive person to drive you around from temple to temple.  I’m pretty sure Vicky Ann would still be in Cambodia if Ra wasn’t happily married.  He helped us understand a little more about the lives of people around Siem Reap.  Ra earns a standard $15 on the days he can find tourists to drive to the ruins.  That’s $15 for a full day of driving around.  He competes with thousands of other tuk-tuk drivers, along with organized tours and tour buses, so he doesn’t get work every day.

Official tour guides earn $40 a day, and they don’t have the added expense of fuel and maintenance on a tuk-tuk.  Since Ra’s English was as good or better than our tour guide’s, and he clearly knew a lot about the temples, we asked why he didn’t become a tour guide.  He said he couldn’t afford the thousands of dollars of tuition and years of study it would take to earn the diploma.  Despite having all the qualifications, growing up poor meant that being a tour guide was not an option for him.  Still, Ra is aiming to create more opportunities for his children by sending them to private English classes in addition to their regular school.  It means more work for him, but he knows that they will have a better future if they are fluent in English.

See below for photos of the temples, the other side of Siem Reap.