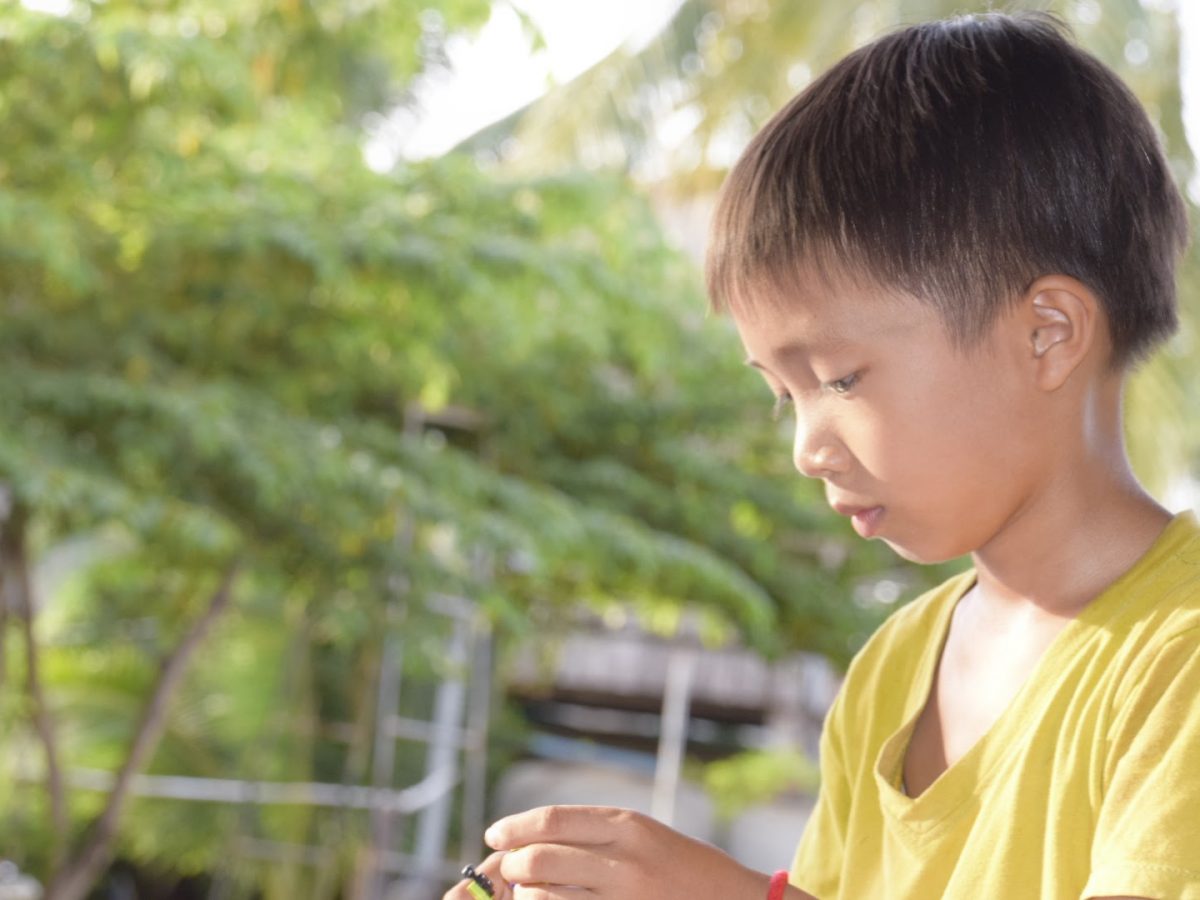 The sun had just set and the sky had that kind of glow that made everything seem cinematic.  It was Saturday evening and families were sitting outside.  One group at the corner salon asked me to join them for a “Cambodia,” but I declined.   The dogs, which turn vicious at night and force us to take the long way home, were not quite ready to attack in this light.  I passed three that had tried to take me out the previous night, and they just watched me walk by with confused looks on their faces.  They wanted to attack, but they knew it wasn’t time.

I turned a corner and looked up to see an orange glow bouncing from the clouds to the corner store.  Even the water buffalo were radiant, calmly chewing on the grass as I walked down the dirt road towards the hotel.  There were more families here and more friendly hellos.  People were outside taking their evening bucket shower, something I’ve grown used to seeing.  The air smelled clean, free of the usual smoke and dust.

The swamp, the one I nearly fell in two nights earlier while foolishly riding by on my bike after a storm, was on fire with the reflection of the pink clouds.  It never looked so beautiful.  Not even the infection that was still bothering both eyes could prevent me from experiencing this magical moment.

It was so peaceful and amazing that I didn’t bother to take my camera out of my backpack. I knew the pictures could not capture the moment.

I had just said goodbye to the eight or so “regulars” who hang around the school and volunteer house where I had been living.  In the end, I didn’t spend much time as their teacher since I was working at another location for most of my three weeks here.  I did, however, spend most of my free time with these kids while I was living at the school.

We spent the entire afternoon playing all the things we’d done since I arrived:  Uno, Legos, computer games and taking pictures.  They are so creative and very appreciative of anyone spending time with them.

It doesn’t get easier to say goodbye, and I still question if, from the kids’ point of view, my time here was really worth it.  Is it really beneficial for them to have volunteers coming and going every few weeks?  There certainly are things they gain from the experience, but do those benefits outweigh the negatives?

In the end, I always feel like maybe I’m the one who becomes too attached and has a harder time saying goodbye, but I can’t assume that the kids don’t’ experience any negative effects from having so many brief relationships.  One positive is that these children are part of a stable community and most of them live with their own families.

There were lots and lots of hugs as I said goodbye just before my walk back to the hotel.  Every child thanked me, even though no other adult was around to remind them.  And I was asked, repeatedly, “Teacher Tim, when you come back?”  I should have been prepared, but wasn’t, so said the first thing that came to mind.   “When you’re this tall,” I said, holding my hand several inches above their heads.  They liked this answer, but now I feel like I’ve made a promise.

I came to Kratie three weeks ago and immediately questioned whether or not I should stay.  Things did not dramatically improve, but there were definite positive steps forward in regards to some of the concerns I initially had.  All of my regular readers will be tired of hearing this by now, but what made this a good experience was connecting with people.

Yes, I loved the kids (when I wasn’t teaching them!) but also made some great new volunteer friends and shared many, many laughs about our experiences here in Kratie.  I’m glad I came back to Cambodia.

For another perspective on volunteering in Kratie,  read Sara and Melissa’s post (including pictures of me!)  http://twowomenwandering.com/?p=2064

END_OF_DOCUMENT_TOKEN_TO_BE_REPLACED

Relieved Fourteen days.  Every blink was a reminder that I felt like I had sand in my eyes.  Every sign…

Kratie, the sleepy provincial capital where I have been staying for the past three weeks, has a surprising number of…

We were all sad to leave our comfortable hotel in Butwal, the first stop in Nepal after a 13-hour journey.…