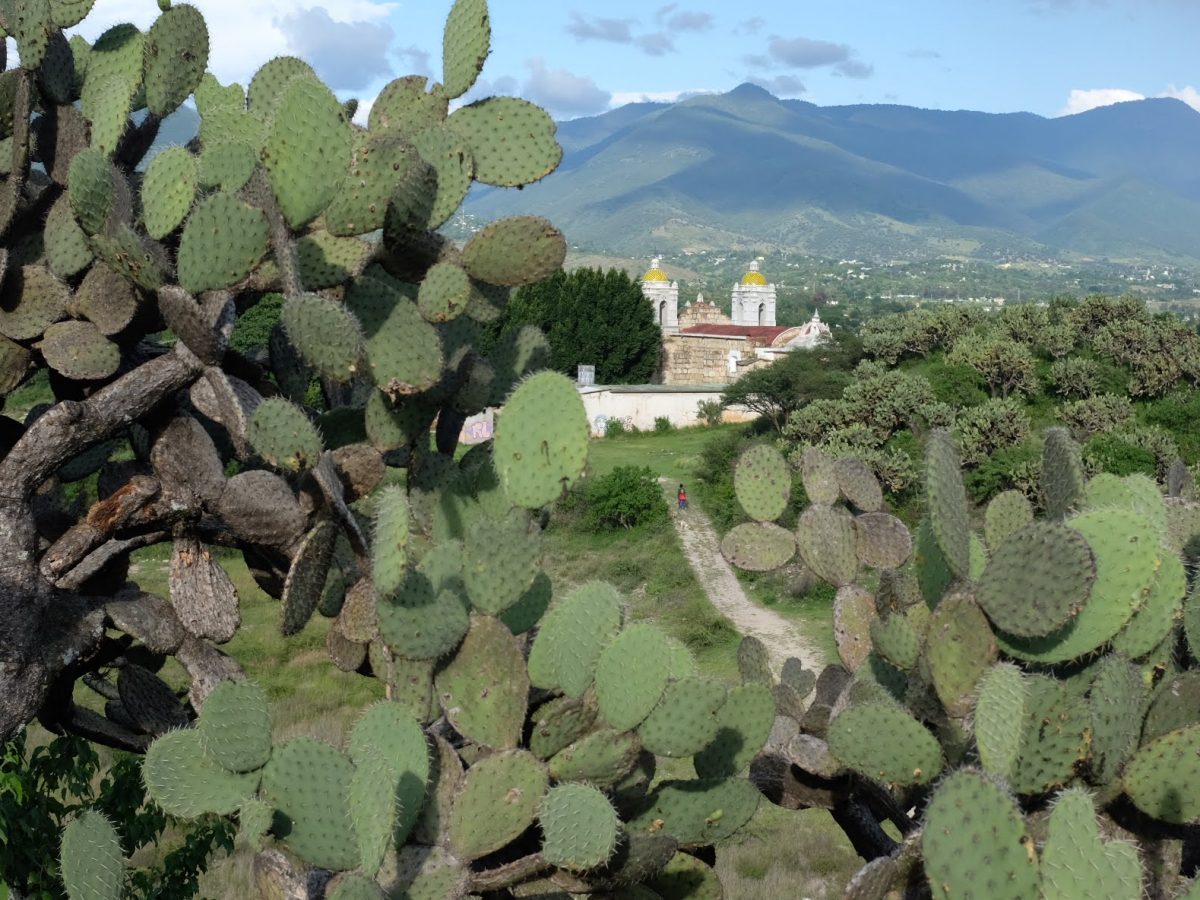 Couchsurfing does not only connect people who offer free places to stay, but also provides a way for travelers to meet just about anywhere in the world. In checking out Couchsurfing events in Oaxaca, I came across a post about photography. Before I knew it, I signed up to join a group of photographers who would be exploring the village of Etla, known for its Oaxacan cheese called “quesillo.”

We met on a Sunday at noon in front of the main cathedral. Our group consisted of two Oaxacan men who are photo enthusiasts and love to organize free gatherings for travelers, a Spanish woman who lives in Oaxaca, a couple of friends from Texas who are also living in Oaxaca, and me. We were later joined by two more photo enthusiasts from Oaxaca. It was a day that would require all of my Spanish skills!

It took only about 45 minutes to get to Etla in our “colectivo” (shared taxi). We walked throughout the small town, visiting the church and the market, and got to know each other while taking pictures and chatting.

Mitzi, whose grandparents and uncle live in Etla, had arranged for us to visit her uncle and see a demonstration of how to make quesillo. We were welcomed into their home, which is also a store, a cheese-making workshop, and a farm where their cows and other animals are kept.

Mitzi’s uncle, Enrique, began by giving us an explanation of the cheese-making process. It was a little hard for me to follow, but I was able to capture some of it in pictures.

After our cheese buffet, some of us decided to walk to another church on a hill a short distance away. This is actually the place where scenes from the movie “Nacho Libre” were filmed. I’ve never seen the movie, and neither had Enrique, but he enjoyed showing us around and giving us a complete tour of the grounds.

We didn’t leave Etla until almost 8:00 that evening. All day, I was struck by how Enrique would take his one day free from cheese-making to give us a demonstration and tour. In Oaxaca, there are companies selling tours like this, but what I experienced was a true insider tour, with no expectation or even a suggestion of getting something in return.

Then again, I was not surprised by this experience. I’ve encountered this type of hospitality and true kindness on each of my three trips to Mexico. This is not the Mexico you see in the news or hear from the mouths of politicians. This is the real Mexico.

It is also what Couchsurfing makes possible, bringing strangers together who have a common interest and want to learn from each other and share something of themselves. Back in the city, we parted with plans to meet up the following weekend for a dance festival in a nearby village.