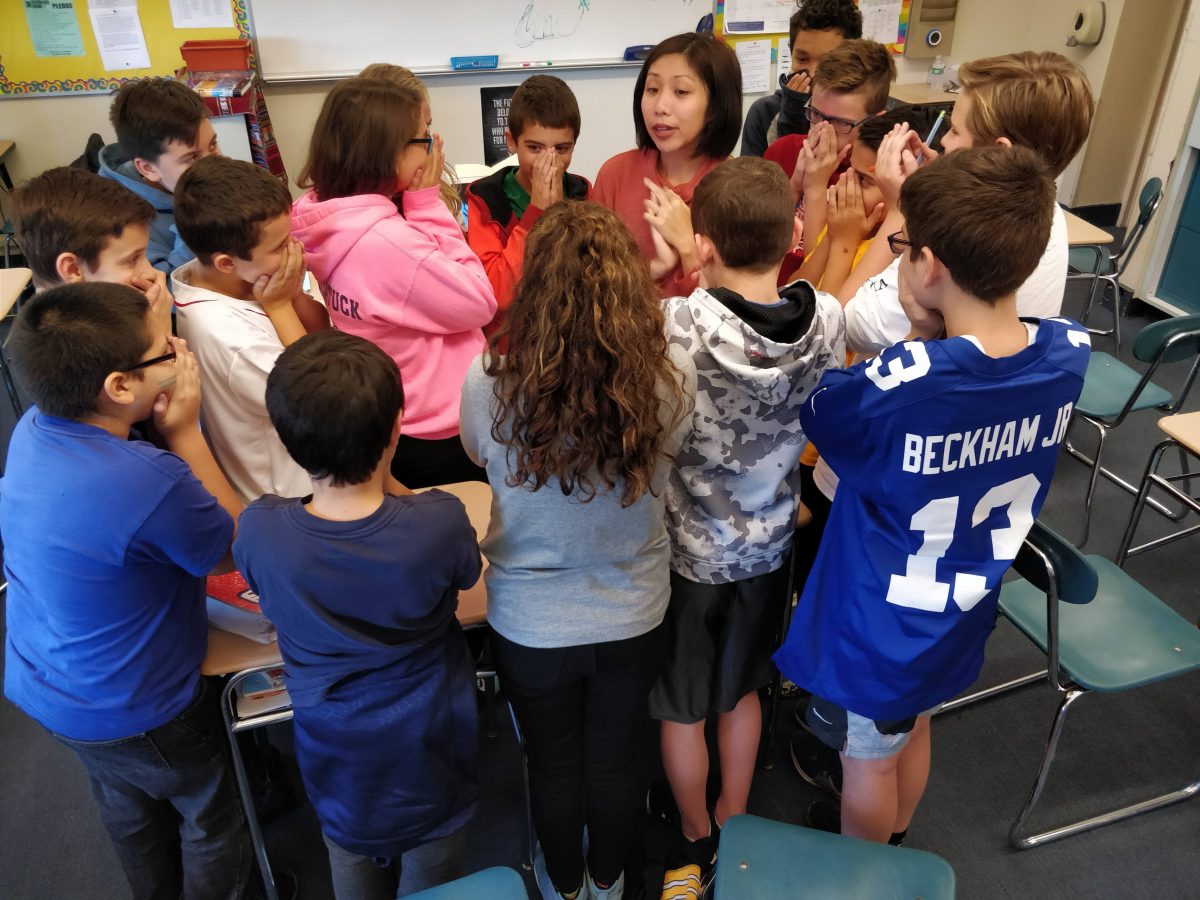 Thanks to the Transatlantic Outreach Program and the Fulbright fellowship I participated in, I’ve been able to bring many lessons back to my students in Connecticut. This past month, we have been privileged to hear from two people who were willing to share their stories with my class as we were studying the topic of refugees and migrants in social studies.

I met Cindy Nguyen in September, 2016 at the start of my four-month project in Vietnam, just as she was beginning a Fulbright research project for her Ph.D. Cindy and her husband, photographer Eric Kim, have been friends ever since. On a recent trip to New England, Cindy and Eric each worked with my students. Eric taught photography to a group after school and Cindy told students the captivating true story of her family’s escape from Vietnam.

“I am a refugee, and I’m an American.” This is how Cindy began her talk. Over the course of the period, Cindy told of her grandparents’ decision to leave Hanoi for South Vietnam when the Communists gained control there, being thrown in jail after the Communists won the war and took over the entire country, and eventually deciding to send one of their ten surviving children on a dangerous journey to flee Vietnam. Cindy’s mother was pregnant with her at the and later gave birth to her in a refugee camp in Malaysia.

Gathering the students in the center of the room, Cindy explained that during the boat journey parents had to cover their children’s mouths to keep them quiet. If they were caught, they would all be sent to jail. They left at night, after paying several smugglers, using secret passwords, and having only the clothes on their backs. There was very little water and only the small amount of food they could carry. The six-day journey was so harrowing, and the conditions in the refugee camp so crowded, that they sent word to the rest of the family to stay in Vietnam.

Over the course of many years, the family did eventually reunite in California where they built new lives for themselves. Hearing Cindy tell the story of her family’s journey as refugees helped us all to understand the plight of people around the world who are forced to flee their homes. It also gave us context for a similar story that is taking place decades later, the story shared by Nasser and Shaden.

Nasser Bozan spoke to my TOP tour group this past summer at Welcome In! , a refugee center in Fulda, Germany. I was so captivated by his talk that I wrote a blog post about it immediately after. Since then, Nasser offered to video chat with my students to share his story.

Last week, Nasser and his wife, Shaden Sabouni, “met” with my students and answered their questions. Despite having two classes of seventh graders squeezed into my room, the class was silent as students listened intently to their responses.

We learned so much from this brief interaction. Shaden told us that before the war, they lived in paradise. Despite offers to live and work in other countries, they chose to stay in Aleppo, a beautiful and historic city.

We learned the details of Nasser’s dangerous boat journey from Turkey to Greece, with 60 people on a vessel built for 25, without a single person who knew how to run the boat, where Nasser used his phone’s GPS to help navigate in the darkness. It was a year and a half before his family could join him in Germany.

A highlight came when Nasser and Shaden’s thirteen-year-old son appeared on screen to answer a question. One of the main goals of teaching this unit was to put a human face on the refugee crisis, to help my students form a more accurate picture of what a refugee is. Seeing and listening to Nasser and his family did more for achieving this goal than anything else I could have done.

It was difficult to learn that this family struggles to be accepted by the local population. Although Germany has integrated over a million refugees in recent years, there are many there who refuse to interact with or welcome these new arrivals.

In the end, Nasser reminded us that they do not like to be called refugees. “We are human,” he said. They are regular people who just want the same things that any family would want. As Cindy said in her talk, all they want is safety, to be with their family,  and a future.

The room finally did erupt with talking and laughter when it was time to say goodbye. Shaden asked the students about Fortnite and displayed her “dabbing” skills. The most common response when I asked the class the following day about our video call was, “They are so nice.” Even though we were thousands of miles away, Nasser and Shaden’s warmth came through the screen and taught my students and me many valuable lessons.

Teachers can access the curriculum guide I wrote for this unit, based on my experience with the Transatlantic Outreach Program. 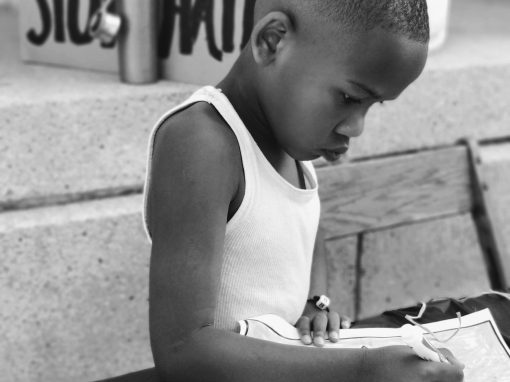 END_OF_DOCUMENT_TOKEN_TO_BE_REPLACED

Here is an article I wrote that was published on the blog of Fund for Teachers. Why are US schools,